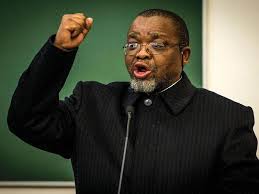 Well done on giving our courts a swift kick in the nuts. That’ll teach them to have what you call a negative attitude towards the government. It’s almost as if they believe the myth that they are an independent branch. They need to focus more on ‘branch’ and less on ‘independent’. And what do we do when the branch of a tree turns rotten? Yes, we send our least favourite child up the tree with a chainsaw to cut it off. Or, even better, burn the tree down and plant a new one. A tree approved by the ministry of forestry.

As you so rightly pointed out, “There is a drive in sections of the judiciary to create chaos for governance.” At first I was skeptical. After all, judges are overweight, unfit and shortsighted. Quite unsuited to leading baying mobs to the barricades. However, this is probably nothing more than a cunning disguise. Beneath those black robes they are all Batman. The moment they receive the Bat-Signal – transmitted from DA headquarters – they will implement their dastardly plan and, amid the chaos, overthrow the ANC regime.

Police Minister Nathi Nhleko is also aware of what’s really going down. When he spoke to police investigators a few weeks ago, he said, “some elements of the judiciary meet with characters to produce certain judgments.” He’s absolutely right. That’s what a Full Bench does. Well, they call it a Full Bench in public but it’s really called the Star Chamber and they have funny handshakes and virgin sacrifices when they meet in underground caves at midnight on every full moon.

The problem seems, as you say, to be limited to the North Gauteng and Western Cape high courts. But for how long? Attack is the best form of defence, comrade. I’m sure you learnt that when you read Chairman Mao’s Little Red Book as a child. Launch a pre-emptive strike. Do it now, before this incendiary talk of “judicial independence” infects other courts in the country.

Obviouslythe Western Cape High Court would turn maverick. It’s embedded in a province controlled by rebel forces. But North Gauteng? That’s ANC country, that is. Even more inexplicable is that two of the three judges who ordered the arrest of the much-loved humanitarian pacifist Omar al-Bashir are not members of the Caucasian race. Why are these brothers not on your payroll?

There is an outside chance, I suppose, that the robed renegades are simply doing what they are paid to do. But even that would be an aberration in the brave new world you are trying to build. Let us, for a moment, hypothesise that these judges are not, as unlikely as it sounds, attempting to bring the government to its knees and are merely applying the law. If that is the case, then it is the law that is at fault.

Guy Fawke’s Day is just over four months away. This gives you enough time to collect the statute books and burn them in a magnificent bonfire on the lawns of the Union Buildings. Invite the peasants. Let them toast marshmallows or Mozambicans. It will be a fresh start and people will laugh and clap and dance.

If that sounds too much like hard work, all you need do is rig the next election so your party wins a four-thirds majority and then change the constitution to exempt all card-carrying members of the ANC from all laws. Or scrap the constitution altogether. I mean, really, what are laws when you think about it? They are just things invented by Romans and Dutchmen to discourage civilisation from descending into savagery. Personally, I am all for a bit of savagery. There are too many people standing politely in queues, driving at the speed limit and apologising for pushing their trolley into your ankles. When I go to the bank, I want to be able to use a machete to get to the front of the queue. Hell, why even bother with queues? If you can afford plastic explosives, blow up the bank and go straight to the vaults. Why even bother with money? Just take what you want. Impunity rocks, man! If Dostoyevsky lived in your beautiful dystopian new, new South Africa, he would rewrite Crime and Punishment and take out all the punishment and just call it Crime and it would be even better than the original.

Like millions of other South Africans who aren’t members of the counterrevolutionary opposition, I embrace your vision. Like you, I, too, watched the brilliant socio-political documentary, Mad Max: Fury Road. Did we see Imperator Furiosa laying charges of assault against Immortan Joe? Or Joe’s hot wives taking him to the maintenance court? Of course not. They had complete freedom to do as they wished. It was almost as if they were members of the ANC’s national executive committee.

By the time you have silenced the courts, those who have fuel, water and guns will be the law. I have petrol at the moment, but I swapped my gun for a bag of weed. Yes, I know. I should have just shot the dealer and taken the weed. And I don’t have much water. The municipality has put me on some kind of trickle system and I am forced to bath in vodka and drink gin to stay alive. No, I’m not complaining. Really. I’m not. I swear. Please don’t send the black helicopters.

Let’s keep things tribal. Your leader and mine, Comrade Jacob Gedleyihlekisa Zuma the First, by the Grace of God President of the Republic of South Africa, Head of the Household, Defender of the Faith, Pastor of the Flock, Defeater of the Mbeki, Unifier of the Nation, Msholozi of Msholozis, Lord of All the Beasts of the Earth and Fishes of the Sea, Conqueror of the Apartheid Regime and Owner of Property in Nkandla … where was I?

Oh, that’s right. As you know, he has ordered the provinces to divert R100m away from the grasping hands of the ungrateful proletariat and give it to junior traditional leaders. If you move quickly, there should still be enough left over to build a dozen or so rudimentary kraals where pro-law agitators can be fined. Or executed. Depending on the weather.

You do know, don’t you, that it is not just the courts that are jeopardising our chances of achieving full dictatorship. There are also people walking openly in the streets, as we speak, who have negative attitudes towards the government. They need to be rounded up and sent to re-education camps like the ones they had in Vietnam and still have in China and North Korea – countries you surely admire for their robust approach towards anyone foolish enough to disrespect those accorded the divine right to rule.

As for the International Criminal Court, well, you probably can’t shut them down. But you are quite right when you say they are dangerous. They have the power to put people in jail, for god’s sake. You don’t get more dangerous than that. And, yes, we should withdraw from it. While we’re at it, let us withdraw from any organisation that thinks it can tell us what to do. It’s time to take a stand. New visa regulations are stopping anyone from coming in and the falling rand is stopping anyone from leaving. This is good. We’re on the right track. Show the world, comrade, that the ANC can fuck up this country far more than the National Party ever could. That will teach them. Or us. Whatever.