I have spent the last two hours wondering how to write about the lighter side of terrorism. It’s proving harder than you might imagine. A couple of beers usually help to ease the flow of ideas. Not this time, though. I’d try a couple of cases if I thought it would kickstart the column, but it won’t. It will simply make me confused and belligerent and the evening will end badly. I imagine there’d be very little writing done and a fair amount of stumbling around the complex in my nightgown banging on doors like a drunk, Islamophobic Wee Willie Winkie.

By morning the complex will be under my control. I shall assume the role of America and all who are not with me will be against me. Nobody will be allowed to be Russia for the simple reason that one cannot go from villain to superhero without approval from the UN Security Council and Marvel Comics.

With assistance from my architect neighbour, I will divide the complex into sectors and implement our campaign to flush out the terrorists. They are everywhere. And yet nowhere. It won’t be easy. This is a good thing. Like women, freedom tastes so much sweeter when it doesn’t come easy. There must be fighting. Nobody is going to ring your doorbell and offer you a bowl of freedom. But if they do, you must knock them down and take the bowl from them by force. If they refuse to fight, give the bowl back and offer them incentives. Tell them that if they put up a struggle, but not so much of a struggle that you won’t be able to get the bowl of freedom away from them, you will put in a word with the president of the coalition of the damned and they might be spared. Don’t tell them you are the president. Enemies must be kept confused at all times or they might begin believing they are allies and if everyone did that we wouldn’t have any enemies at all and what the hell kind of world would that be?

Apparently dozens of South Africans have gone to Syria in recent months. So what? It doesn’t mean they’re all joining Islamic State. Tourism might have dropped off a bit in recent months, but you can still have a fun night out in downtown Damascus. You’d want to tone it down a bit if you’re gay or a member of the National Coalition for Syrian Revolutionary and Opposition Forces, but if you’re wearing something loose and flowing and are happy to suck on nothing more vivid than a bong, you’re in for a pretty good time. And there’s no shortage of stuff to do in the day, either. There are plenty of ruins that stay open 24 hours a day with no entrance fee at all. Sounds like a damn fine deal to me.

Most of the families that have gone to Syria were previously living in Gauteng. I don’t want to offend anyone here, but I’ve been to Joburg and I honestly can’t see how Damascus can be much worse. There’s less crime, for a start. Okay, sure, there are war crimes, but you’re not going to get mugged.

A young Gauteng man called his parents from Syria recently. They seemed surprised. Maybe they thought he had got stuck in the Lotto queue there by the Laudium Spar. They begged him to come back. Of course he refused.

We don’t know what his home life was like. His mother probably insisted on buying him mauve shirts and yellow broeks when all he wanted to do was wear black. Also, it’s unlikely he was allowed to wave flags about inside the house. Porcelain dogs don’t come cheap. Nor could he have an AK-47 for Christmas, something he’d spent years asking Allah for. I imagine his job was rubbish, too. The only reason you’d walk away from gainful employment in these harsh times was if you couldn’t afford a car. That’s the Islamic State’s biggest appeal right there. I don’t know if I could resist the offer of a Toyota SR5 4×4 Double-Cab Pick-Up with a 50-caliber machine gun mounted on the back. If I were still undecided, the unlimited mileage, free balaclava and complementary ammunition would certainly tip the scales. And I’m not even Muslim.

A Joburg-based researcher for an Al Jazeera investigation says a lot of the recruitment is increasingly done face-to-face. I also prefer a more personal approach. If you care enough to drive all the way over and meet me for a beer, I’ll listen to you what you’re saying. And if you’re buying, I’ll wear whatever the hell kind of vest you want me to wear.

The researcher also said IS was targeting individuals between 15 and 45. That’s a bit broad for my liking. A bit desperate. Contiki Tours target 18 to 35-year-olds and their missions are far more regimented than anything offered by Islamic State. Contiki’s leaders not only have flags but whistles, too. It’s quite disturbing. I was once almost recruited in Spain but managed to slip away undetected while the Australians were on their feet urging the matador to finish the job so they could return to the backpackers for more alcohol.

Speaking of which, the ex-wife of Paris bomber Ibrahim Abdeslam has told how he would spend his days smoking cannabis and drinking liquor. I have friends who do this and they couldn’t blow up a lilo. Marijuana – the gateway drug to terrorism. She said Ibrahim smoked “an alarming amount of joints, at least three or four a day”, never went to mosque and served two prison sentences for theft. Sounds a bit like a Christian to me.

I have been in the company of people capable of smoking three or four joints an hour and nobody seemed particularly alarmed. However, had I suggested we go out and source a kilo or two or plastic explosives, they might not have notified the authorities but they almost certainly would have asked me to leave. Or at least laughed at me until I left of my own accord.

Anyway. Ibrahim blew himself up outside the Comptoir Voltaire café in Paris. He was the only one who died in the blast. The lesson here, children, is that if you want to be a successful suicide bomber, don’t smoke weed. 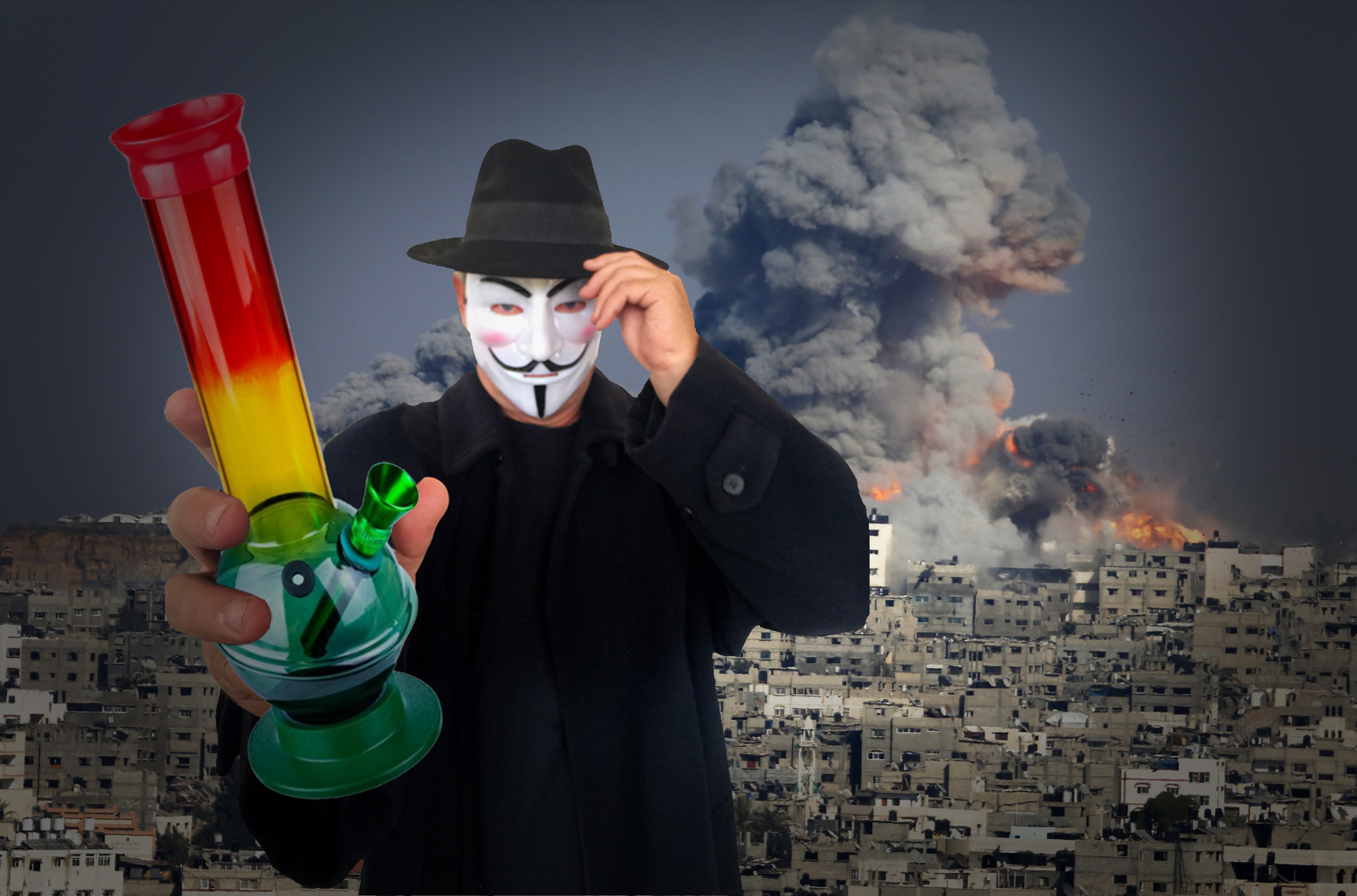 7 thoughts on “Carpet bong the swine”