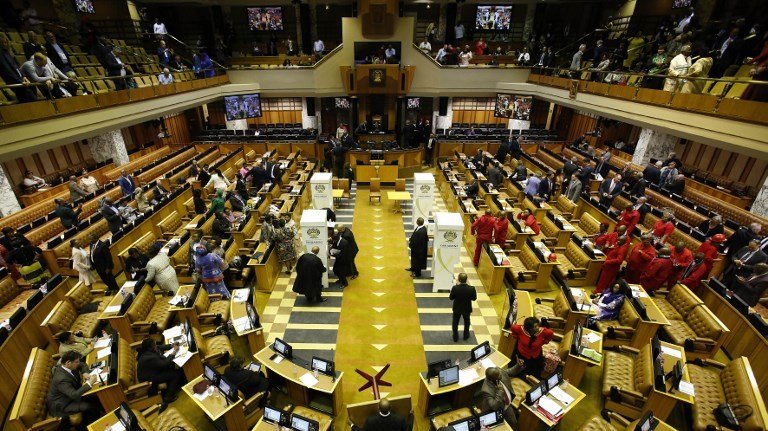 We, the great unwashed, need to remember that these humble martyrs to democracy, who have sacrificed everything to serve the nation, spend weeks every year in an old building that offers no opportunities for shopping, fast food or even the chance to make a little extra on the side.

These courageous servants of an ungrateful public are committed to listening to interminable debates, finding out the party line and voting accordingly, and occasionally heaving themselves into a standing position to shout incoherently in the general direction of the opposition. As if this isn’t onerous enough, they have to be in Cape Town, a cold-blooded city that cares more about penguins than the homeless.

The plague has made their work even more challenging. Not only must they attend virtual meetings, but they also have to make sure their webcams don’t pick up half-naked concubines wandering about the premises. It’s a big ass. Sorry, ask. Finger trouble. Happens at our age.

Your recent remark implying that many parliamentarians struggle to keep their heads above water was met with cries, not, as you might expect, of sympathy, but of outrage and derision. This, from people who never have to make ends meet for the simple reason that they don’t earn enough money. The less you earn, the easier it is to make ends meet. Any idiot knows that. Members of the proletariat, among whose ranks idiots proliferate, are aware of their fiscal limitations and thus keep within their budgets.

By benefiting from the character-building experience of watching inflation regularly outstripping their wage increases, the peasants know instinctively not to buy more than four litres of brandy, two loaves of bread, a small bag of weed and a fresh, untraceable handgun in any given month.

If, however, you had to give them a parliamentarian’s salary, debt collectors from the corporate underworld would be lining up to break their legs. As a man who is worth over R6-billion, you understand better than most that the more you have, the more you want. Capitalism is a bit like sex in that way.

Your most indolent of backbenchers, the mouth breathers who regularly dislocate their jaws during extreme bouts of chain-yawning, are paid just over a million a year. If I had to start earning that kind of money, I, too, would soon enough struggle to make ends meet. The very first time my monthly reward landed in my account with a dull thud, I would order a $300-million yacht. If Jeff Bezos can have one, there’s no reason I can’t. I would be a Member of Parliament, a maker of laws. Bezos runs a courier company. Please. Make that two yachts.

I would then buy nine KFC franchises and hire my favourite relatives to run them so that we can all have free Streetwise 5 with Large Chips forever. Then I would buy a house in every province. Maybe not the Northern Cape. I would also buy eight cars, one for each day of the week and two for Sundays.

Eventually, I would find myself battling to make ends meet. And, just like your MPs, it wouldn’t be my fault. There’s a reason my mother never gave me a full year’s pocket money in one go. She knew I’d be addicted to heroin and hookers before the sun went down. So she gave me a little bit once a week. Just enough to buy a packet of liquorice allsorts and a Richie Rich comic. The principle is the same. Your disposable MPs earn R150 an hour around the clock, weekends included, whether they are awake or asleep.

I bet if you paid them by the hour, they’d learn how to make ends meet.

Anyway. You also deserve congratulations on other fronts. For instance, you haven’t fired a single loyal member of your faction, no matter how useless or corrupt they may be. Your sense of self-preservation, sir, is sharper than ever. Even I know it’s better to have the undesirables inside your tent peeing out than having them outside peeing in. It’s one of the reasons I no longer go camping. But you’re not a man who bothers with tents. And a good thing, too. Gaddafi was a tent man and look what happened to him.

I don’t envy you, comrade leader. You wake up every morning faced with a long list of very hard decisions. And I applaud you for not taking them. I wouldn’t, either. I’d also keep putting that list aside and, after ordering the staff to bring me a light breakfast of Tibetan quail eggs, white truffles and bacon sliced from the finest of Norwegian piglets, I would browse through my collection of fly fishing, golfing and buffalo breeding magazines for new ideas.

And who could blame you? When I wake up, the only decision I have to make is whether to go to the beach or the bottle store. The weather has quite a big influence, which is probably not the case in your life. Rain or shine, there you are, avoiding the media and the big decisions.

The other good news is that Uncle Gwede is arranging for a flotilla of Turkish ships to come over so that we can at least charge our phones. So that’s something to look forward to.

One thought on “Dear Comrade President Cyril Ramaphosa the First…”