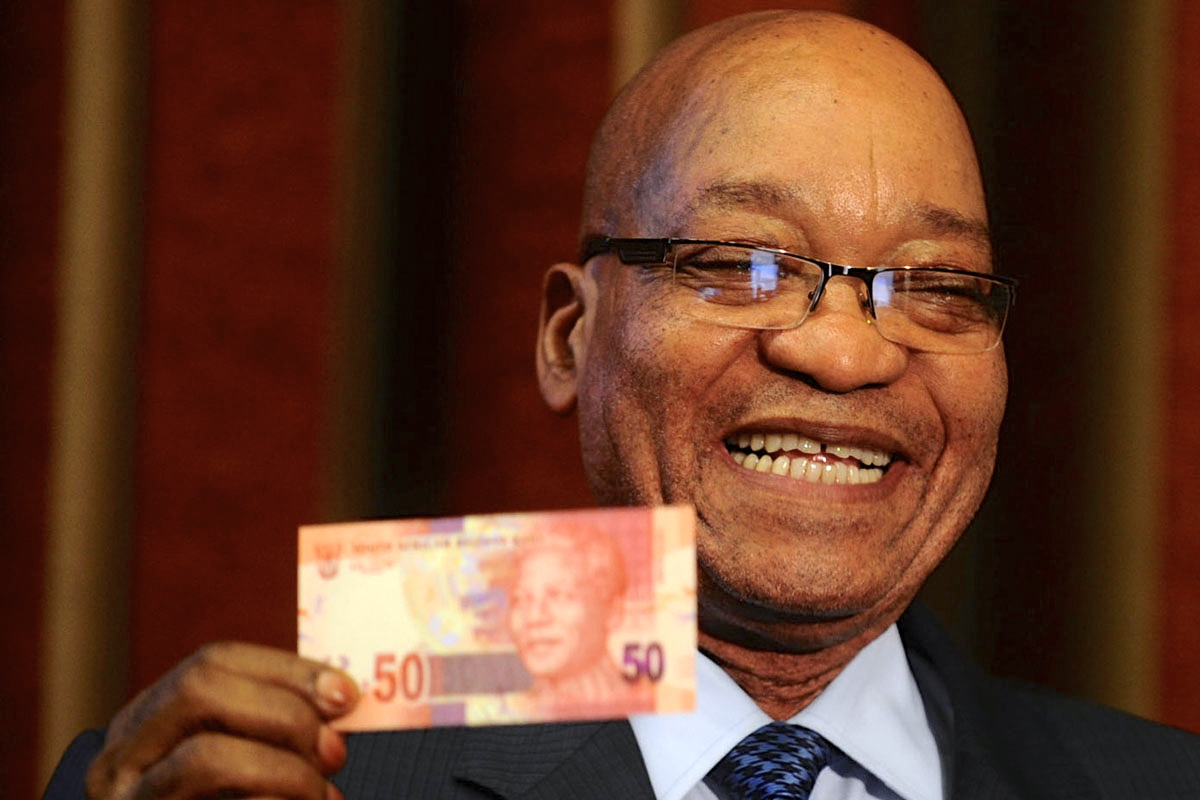 I never thought I would write you another letter, and yet here we are again.

It is truly sad to see an innocent old man being so unjustly hounded by judges, magistrates, prosecutors, non-governmental organisations, foreign agencies, commissions of inquiry, debt collectors, opposition parties, former friends and comrades, police with grudges, at least one ex-wife and 92% of the population. Are these people not listening when you say you have done nothing wrong? Are they all on drugs? My theory is that they have you mixed up with another Jacob Zuma. An evil twin you don’t know about. Use it, don’t use it.

Even the Constitutional Court has turned against you. How dare they rule that you have to appear before the Zondo Commission if you don’t feel like it? We live in a free country. This means you are free to do whatever you like, take whatever you want and behave however you please. That’s the very definition of a free society and I am shocked our judges aren’t aware of this.

Even worse, they said you don’t have the right to remain silent. That’s outrageous! A man’s right not to answer awkward questions is a basic human right afforded to all men at birth. I have often refused to answer questions in my life and lost nothing more than a couple of wives, a house or two, dogs, cats, visitation rights, career opportunities and so on. Well worth it.

I blame the Romans. And the Dutch. Brutal nations who liked nothing more than getting high and putting people to death. As president, you had the opportunity to introduce a legal system influenced by Zulu law. In the spirit of King Shaka, you could have had attorneys, journalists and anyone who disagreed with you tossed off a cliff. Zuma’s Rock. It has a ring to it. Then again, Shaka’s Rock these days is better known for good snorkelling and even better weed. You might not want that kind of legacy.

Speaking of which, it could be time for a change in strategy. Even the Germans eventually gave up on Stalingrad. Your tactic of attacking while simultaneously retreating left your enemies scratching their heads. You kept taking people to court to stop them from taking you to court. Aware of the ease with which South Africans are bamboozled, your cunning plan worked rather well. Until now.

Apart from the backsliding fifth columnists on the Constitutional Court, serious spanners have been thrown into your works by one Sydney Mufamadi. As you know, Mufamadi was a Cabinet minister under Mandela and Mbeki but hit the eject button before you could take power. Those were the bad old days when communists had principles.

When Mufamadi’s report into the State Security Agency named your consigliere David Mahlobo as the equivalent of a personal banker to what I can only admirably describe as the impressively extended Zuma crime family, I was stunned. Then I remembered Mahlobo was linked to rhino horn traffickers operating out of a Chinese brothel in Nelspruit three years ago and became considerably less stunned. Nevertheless, good man, that Mahlobo. Trustworthy to the end. Dumb as a bag of hamsters, but trustworthy. You eventually made him energy minister so he could sign a nuclear deal with Russia but he couldn’t find a pen in time and everything fell apart.

It’s clear now that when he was your safety and security minister, Mahlobo wasn’t shovelling money into the SSA projects fast enough. When you have unlimited access to vaults stacked with banknotes, you don’t go home early. Or at all. Ever. You shovel. Around the clock.

I’m curious to know where you keep all the cash, Jake. Sure, you’ve spent a bit on lawyers and the odd flight to Russia to have your blood pressure checked, but there must be piles upon piles of crisp pink notes stashed somewhere. Under the fire pool? No, too obvious. Safe in an offshore account in the British Virgin Islands? Nah. Not if your financial advisors are on a par with your legal advisers.

Anyway, you would never be comfortable having that much distance between yourself and your hard-earned spoils. People think it was easy doing what you did for nine years, but it wasn’t. It must have been damn hard work. And I’m not even talking about the other business of running a country on the side, which you understandably never got around to. Nobody’s criticising you for that.

Mufamadi told Judge Zondo, who the Constitutional Court weirdly reprimanded for being unnecessarily soft on you (something that might change in the near future), that the SSA gave Iqbal Surve’s African News Agency R20-million to pay reporters to write good news about you and your government and bad news about the enemy. Surprisingly, a few of them are still at it. I didn’t even know you could get brown envelopes that big.

I see your favourite offspring were quick to jump for you when the apex legal weasels said that avoiding Zondo wasn’t among the multitude of options you imagined were available to you in your fight to have your day in court by avoiding it with every means at your disposal.

Duduzane tweeted that his daddy would “never surrender to bullyism”. I enjoy that he makes up words. I do it myself all the time. Sure, I don’t own a Porsche and I’m not likely to face corruption charges any time soon, but apart from that, me and your boy, we’re not that different.

Then Edward said something like, “Go ahead, arrest my father.” Sons, eh. You never really know what they mean. Until you do. And by then it’s too late. Eddie seems to serve no discernible purpose apart from being trotted out as the only Zuma who isn’t being actively pursued by the law. Fair play to him. Every South African family needs an Eddie. A decoy. An escape goat.

Under the circumstances, you did good, Jake. Nobody can take everything. You’re only human and you only had nine years.

In 2014, when every ANC member of parliament sent you back to the presidency for a second term, you were in control of a country worth $350-billion. I don’t even know what that is in our money. Nedbank estimated that your second term cost the economy R470-billion, which isn’t very much if you convert it into euros and take a sleeping pill.

My point is that the SSA never stole nearly enough. R9-billion’s worth of assets went missing? Amateurs. Don’t ever work with anyone who talks in single figures. I thought Schabir Shaik would have taught you that.

Loved your statement on Monday, by the way. Who wrote it? A gypsy juggler flipping between first and third person with a head full of the stuff Lewis Carroll ingested shortly before writing Alice in Wonderland while clutching a law degree from Trump University?

If your statement were a fishing net it would’ve been so full of red herrings that you’d need a bulldozer to move it. If it was a taxi packed with bravado it would have been impounded for overloading. And that smell of desperation? You want to watch that, my friend. Starting to whiff real bad. Other than that, good statement.

You established the Zondo Commission, Jake. Now you’re claiming it was specifically established to investigate you? I don’t mean to pry, but do you take a lot of Zolpidem? I had a wife who loved the stuff and she hallucinated magnificently. Ended badly.

Is there nothing you’re afraid of? What about spiders? Or getting stuck in a lift? How about answering questions about state capture while stuck in a lift and covered with spiders? I bet you’re scared of that.

If you were still in charge, I’d form a company, put it in my gardener’s name and get a tender for vaccines. Get a shebeen licence to store the filth in my bar fridge. Saturday special. Two zamaleks and a shot. Best price. Pull a string, comrade. I’ll cut you in for 10%.

Final suggestion: the next time you have Julius Malema over, slip a little sodium thiopental into his tea. I know Nkandla is a truth-free zone, but it would be interesting to see what comes out.