Congratulations on your decision to kill the Shiite boy who goes by the name Ali Mohammed al-Nimr. Teenagers are dreadful at the best of times, what with their sighing and eye-rolling and endless demands for human rights and justice. If I had my way they would all be put to death.

I suppose I shouldn’t call him a boy. He is, after all, 20 years old. However, he was still a teenager when he committed the dastardly crimes for which he must die. Apparently he participated in the Arab Spring protests in 2012. Is that right? My kid once participated in a school play and by the end of it I wanted to slaughter the entire cast and most of the audience, so I know how you feel.

I gather you are breaking with tradition and not beheading the lad. Well done. Beheading is too good for some people. Crucifixion is the only language this generation understands. Well, that and textese and SMSish. Hang on. I’m getting conflicting information here. Some reports say you’re going to behead him and then crucify him. I don’t want to sound like a liberal, but isn’t that overkill? I apologise. You obviously know what you’re doing. I’m a bit worried, though. Crucifixion can lead to new religions forming and nobody, least of all you, wants that happening. Yes, I’m talking about a certain Mr J Christ of Bethlehem. If the Romans had let him off with a light whipping and a warning, Christianity would probably not exist today. And even if it did, their symbol certainly wouldn’t be a cross. I’m just saying be careful, that’s all.

Your own media, which never gets anything wrong under pain of death – in my country that’s just an expression – said you wanted to string up the body after the beheading as a warning to others. I may be out of line here, but would the average Saudi be shocked at the sight of just one body? From what I’ve heard, one can barely move in Riyadh for the corpses of people executed for jaywalking or littering. That’s just the men. Apparently the countryside is littered with the bodies of female radicals who were caught driving, watching television or talking to men who weren’t their brothers.

Wouldn’t it be more effective to round up everyone who participated in the Arab Spring and crucify the lot of them? You could do a thousand a day for three months. If the United Nations starts gnashing its gums, tell them it’s none of their damn business what you do. Tell them it’s population control. If they threaten to pass a resolution, threaten to fire nuclear missiles into New York. You do have nukes, right? You’d better have, or even Israel could whip your arse.

I hear France has also asked you to call off the execution. France! That’s a laugh. After the terrible things they did in the Congo. No, wait. That was the Belgians. Same thing. If they want a united Europe, then all of Europe must take collective responsibility for all the horror.

At least you don’t have to worry about Britain putting the boot in. Their prime minister is too busy doing damage control after it emerged that he stuck his honourable member into a dead pig when he was younger. Also, they really want to land that £6m contract to provide prison expertise to your country. To be honest, I’m surprised you still bother with prisons. Decapitation is so much more cost-effective in the long run. I hope you’re not going soft on us.

By the way, congratulations on being chosen to head up the UN human rights council. This couldn’t have come at a better time for you. It doesn’t matter how much the limp-wristed dolphin-kissers wave their yoga mats and rattle their daisy chains, the fact remains that the US State Department has welcomed it, as do all right-wing, I beg your pardon, all right-thinking members of the global community.

By the way, you might want to get the plasterers in. I hear there are some nasty cracks developing in the House of Saud. The last thing you want to do is let the light in. 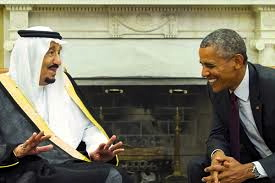 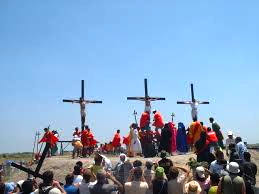