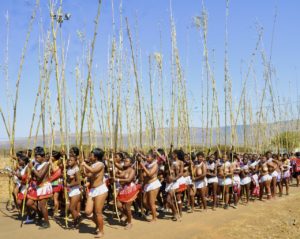 God save the king. Somebody has to. Save him from himself, I mean. Perhaps what I should say is, God save us from the king.

King Goodwill Zwelithini is no stranger to controversy, although I doubt he regards any of his actions or remarks as being controversial. He is, after all, king of the Zulus and can do no wrong. Or, more accurately, cannot be told that he is doing anything wrong. Ever.

Grown-up men wanting to have a word are expected to approach him on their knees. I have seen this with my own eyes. Nobody in their right mind is going to crawl to the king and tell him that he’s being a bit of an ass.

I’m only doing it because he doesn’t know where I live. However, the royal household has a yearly budget of around R70-million and I’m sure he could find me if he wants to. This tidy bonsella comes from the KwaZulu-Natal provincial government. Who, in turn, gets it from taxpayers. Who are not exclusively Zulu. 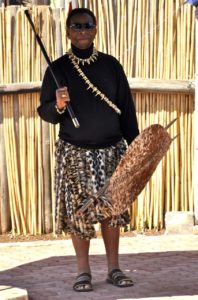 One of the traditional events this money pays for is the annual reed dance held at Zwelithini’s palace in Nongoma. I got an invitation to attend the event a few years ago. Not by the king, obviously. A tour guide from Empangeni thought it would provide an interesting column for me and valuable publicity for the king and Zulu culture in general. I have never been invited back. (See https://bentrovato.co.za/bravely-entering-virgin-territory-2/)

Picture, if you will, thousands of Zulu maidens, each one topless, each carrying a long reed, dancing and singing in an endless writhing snake of humanity at its most fecund and nubile.

None of them have had sex. You can’t be in the reed dance if you aren’t a virgin. There are matriarchs whose job it is to check that the girls’ hymens are intact. If they aren’t, it means they’ve indulged in a bit of the old rumpy pumpy. Or ridden a horse too hard. Or done cartwheels. Either way, no reed dance for them.

In the eyes of the king, girls need to stay pure and sex before marriage is an abomination. Fornicators shall be banished! It’s all very Old Testament.

With so much focus on the importance of not having sex outside of wedlock, you might think the king would welcome sex education in schools. I mean, it’s important that kids know what sex is if they’re not going to do it, right? Otherwise they might start experimenting out of sheer curiosity. Oh, wait. They’re doing that already. And have been for two hundred thousand years.

“This is anti-Christ,” he wailed. “Our culture does not allow this.”

In some cultures it might be seen as morally offensive to get hordes of half-naked pubescent girls to parade themselves in front of a bunch of old men wearing leopard skins and monkey tails.

It’s hard to believe that a man with six wives and twenty-eight children could be this squeamish about sex. Perhaps this is what happens when you wait until you’re married before shagging. You just can’t get enough. When kings go wild.

If you ban sex education in schools, you might as well ban cellphones too. There is no image too depraved or information too indelicate that cannot be accessed by anyone who owns one of these heinous portals to the real world.