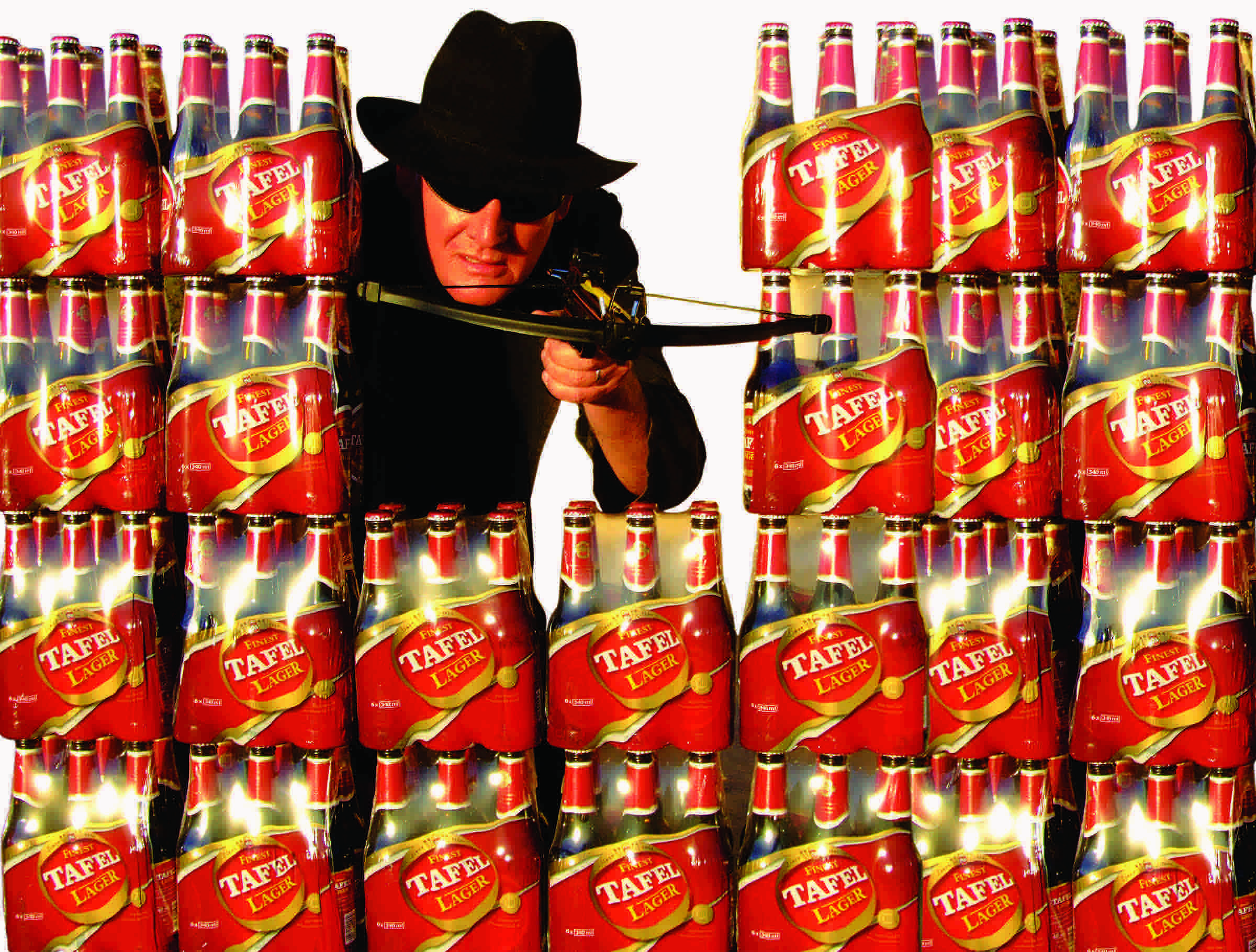 I am starting to get the feeling this government might not think we’re all that bright. I can understand where it comes from, I suppose, this notion that South Africans are morons. I can almost hear the conversations at the Coronavirus Command Council.

“The people will never fall for that.”

“Of course they will. They keep voting for us, right? They’re complete idiots.”

This is why our president can look us in the eye and tell us that we’re still on Level 3 when it’s quite clear that we are, in fact, somewhere between Mordor and Saudi Arabia.

There are still people out there who think Cyril Ramaphosa is some kind of divine saviour. Sure, Jacob Zuma set the bar as low as it could go, so it’s perhaps understandable that Cyril wormed his way into our hearts. Next to Zuma, even Trump would have been an improvement. But only just.

Somehow, though, there are those who have forgotten that politicians are professional blame-shifters with only a tangential entanglement with the truth.

And when he says things like, “After careful consideration of expert advice…” what he really means is, “After days spent in Zoom meetings screaming, crying and threatening each other…”

A tried-and-tested method of torture is to give someone something they need, and then take it away. Then give it back. And take it away again. Repeat until they confess or go mad. Yes, obviously I’m talking about alcohol. I wasn’t the only fellow South African with “bottle store” at the top of Monday’s to-do list. Banning booze with immediate effect seemed unnecessarily cruel and vindictive. He couldn’t give us a day or two to stock up?

We are told that the public health system is coming apart at the seams because some people couldn’t handle their liquor and wound up hogging all the hospital beds. Yes, that’s the reason. Definitely not because the government failed to adequately prepare for the surge.

Anyway, why should people with Covid-19 be more entitled to a hospital bed than someone who does themselves a mischief while drunk? It’s elitist and could lead to Covid patients demanding Woolworths food and Netflix. There are people in hospital with Covid because they didn’t wear a mask, keep their distance from others or bother to wash their hands. That’s no less irresponsible than the guy in the next bed who got stabbed in the face by his mother for not sharing the last of the brandy.

I have been drinking for decades (pausing only to draw breath or shout for more beer) and have never hurt anyone other than myself. Nothing that required hospitalisation, I might add. Injuries to one’s person are among the less agreeable side effects of alcohol, but it’s an occupational hazard and those who drink know the risks.

We also know that some people handle alcohol better than others. It’s been that way since Nero got wasted and knocked over a candle, causing Rome to burn to the ground. When he woke up, he blamed the Christians and fed them to the lions.

By banning alcohol, the government is punishing the majority for the actions of a tiny minority. It’s absurd. Collective responsibility is an ANC thing. It’s how they shield each other from consequences. The same principle can’t be applied to the entire population. It’s like when King Herod ordered the execution of all boy children under the age of two because someone’s toddler got on his nerves. Stopping us from drinking responsibly is our own massacre of the innocents.

We are, right now, the only non-Muslim country in the world where alcohol is outlawed. Throw in the face coverings, a ban on smoking and patrols by Mustafa Bheki bin Cele’s morality police and we’re well on our way to becoming a caliphate. If we are going the Sharia law route, we might as well start chopping off the hands of those who steal. The number of amputees in municipalities alone would keep the prosthetics industry going for years.

I don’t mind the curfew so much. Sure, it’s a brutal violation of our right to freedom of movement, but if you are on the streets after 9pm in winter, you’re either a rapist or homeless and deserve to be locked up.

I’m still confused about tourism. Not as confused as tourism minister Mmamoloko Kubayi-Ngubane, admittedly, but there are some things I don’t get. A couple of weeks ago, we could travel for leisure inside our provinces and stay in hotels and guesthouses. Now we aren’t allowed to stay anywhere. Presumably we can still travel, but we have to sleep in our cars or under a tree on the side of the road and if we get eaten by lions or Christians, it’s our own damn fault.

The taxi industry, which could give the official opposition a few pointers on how to behave like a government in waiting, has succeeded in scaring the ANC into submission. Taxis get you where you want to be – but then so does alcohol. In both cases, the wheels sometimes come off. Anyway.

Taxi drivers are now free to fill every seat on trips shorter than 200kms. What could possibly go wrong? As long as everyone wears a mask ha ha. Also, the windows must stay open. Cape Town’s hospitals will soon be overflowing with hypothermia victims.

Returning to the booze ban. I think we all agree that alcohol and guns are equally dangerous in the wrong hands. So let’s do this. If you want to buy liquor, you must be registered on a government database. You will be asked to complete a psychological profile and your records will be checked for any alcohol-related incidents.

If your registration is approved, you will have to undergo a competency test. After booking at a designated centre, an official from the newly formed Ministry of Alcohol will put you through your paces. Different drinks will be matched with different scenarios. For instance, you are given nine double brandies and locked in a room with a woman who pokes you in the chest and shouts at you for being drunk. Or you are given a dozen beers and a child to look after. Or you are placed in a simulated bar environment and plied with tequila shooters while being jostled by bearded men who taunt you about your religious and political beliefs.

Your response is carefully monitored. Any loss of control or violent outbursts and your registration is cancelled, your name goes on a national blacklist, and you will never be served alcohol again.

The sheer bureaucracy will encourage many people to give up drinking altogether. Or make them want to drink more.

Finally, before the cleaners came in to get rid of the smoke and clear away the mirrors, Ramaphosa ended Sunday’s requiem for a nightmare by saying, “We will restore our country to health and prosperity.”

The last line went unspoken: “But if we don’t, it will be your fault.”