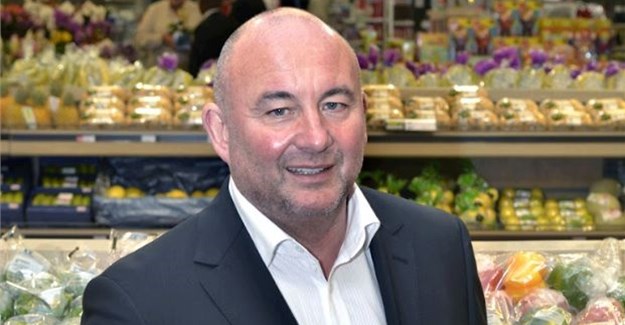 News that the CEO of Woolworths has resigned reminded me of this column I wrote a couple of months ago.

Poor Ian Moir. Who? That’s what I thought, too. Apparently he’s the boss of Woolworth’s. The sad news is that his salary has taken a big knock. The 59-year-old businessman is accustomed to pocketing around R30-million a year. Imagine his disappointment upon discovering a paltry R23-million in his latest pay packet. He didn’t even get a performance bonus.

Sometimes we care too much about the poor and not enough about the rich and we need to keep him in our thoughts and prayers.

I get upset when I lose seven rand. Can’t imagine how I’d feel losing seven million. It’s a slippery slope. Keep dropping at that rate and one day you’re going to end up wearing an orange bib and guiding EFF armoured personnel carriers into the Inanda Club parking lot.

Sure, he has netted around R190-million over the last five years, but if he is anything like me, he would have blown most of it by now. By shopping at Woolworth’s, I imagine.

Do you know who put Moir on this slippery slope? Australia. Never would have thought it. They seem so helpful to those in need. I’m not talking about asylum seekers and refugees, obviously. But when it comes to saving white South Africans, mainly from the genocide, they are usually first in line. So what happened to poor Ian Moir?

I suppose, technically speaking, it might not have been Australia’s fault altogether. In 2014 Moir bought David Jones, an Australian department store, for the knockdown price of R21-billion. I’ve regretted buying all sorts of things over the years but hardly anything on that scale.

Moir had a vision of dominating the entire southern hemisphere with a chain of upmarket department stores. It’s the kind of thing Hitler might have gone for had he been into mass merchandising rather than mass murder.

He now admits to having bought at the wrong time, paid too much and introduced too many changes way too quickly. These are the kind of mistakes I would make if I were in business instead of in, well, bed, really.

Over the past four years Woolworth’s shares have fallen more regularly than a one-legged drunk. They seem to be recovering, though, mainly because the company abandoned their move to what they coyly describe as “younger, trendier lines” and returned to catering for the group’s “traditional, older customer”.

I am nothing if not an older customer, but their message seems not to have filtered through to the branch in my local mall. When I insert my credit card at the clothing tills, I half expect the options to be straight, budget or bisexual. The men’s section has racks of cute short-sleeved shirts in a range of pastel hues and figure-hugging denim shorts with the bottoms turned up. Wear those in public and you won’t be short of bottoms turning up, I can assure you.

“It’s fewer chemicals, goddammit!” A shop assistant eyed me nervously. I once knew a guy who wore denim shorts. He obviously didn’t get them from Woolies because his pockets were always full of chemicals.

Inspecting the merchandise, I discover that I am looking at “Fashion that cares”. Things certainly have changed. I have always been under the impression that fashion doesn’t give a damn about anyone but its own fickle, narcissistic self. Fashion has destroyed too many young lives for it to start caring now.

Woolworth’s is big on virtue signalling. Massive. They are the Greta Thunberg of the retail industry. You can’t miss the signs. Even their chino pants have been “responsibly sourced with stretch”. I don’t know who Stretch is, but I wouldn’t want his job. What I would be interested in is a pair of pants that have been irresponsibly sourced. Pants that have been snatched by raiding parties of pant bandits under cover of darkness, leaving entire villages pantsless.

I also discover that the chino factory … did you know that chino is the Spanish word for a Chinese man? Perhaps that’s why there are 1.4 billion Chinese people in the world. It wouldn’t surprise me. They already make everything else.

Chino is also a type of cloth. It started off as 100% cotton but during the textile industry’s summer of love, chino got high, blended with the synthetics and nothing was ever the same again. Pretty much what happened to the hippies. The Bible prohibits the wearing of fabrics made from a mix of wool and linen. I don’t know what the deal is with chinos. I’m not saying you’ll burst into flames if you wear them. But I’m not saying you won’t, either. It’s up to you. Personally I wouldn’t risk it.

As I was saying before I so rudely interrupted myself. A sign in the shop says that Woolworth’s “slim-fit chino factory uses renewable energy, wombats …” What? No, wait. I haven’t got my reading glasses on. The factory combats deforestation and “helps improve water quality”. Bit of an extravagant claim, that. How would you even make pants without chopping down trees?

The underwear section, which, as a commando, I rarely visit, promised that the “trunks are made from organic cotton grown and harvested responsibly”. That’s a relief. Trunks are more than just a hammock for your privates. You don’t want to be having a one-night stand and before she gets her kit off she demands proof that your undies aren’t made from genetically modified cotton harvested roughly by insensitive meat-eating brutes.

I get the feeling that Ian Moir’s finances are closely linked to the company’s food division. Some of those ready meals are the price of a decent nosh in a good restaurant. There should be waiters in the refrigerated aisles taking your drinks order while you peruse the mains.

R259 for a bit of salmon? That’s ridiculous. This is a well-travelled salmon who grew up in the fjords speaking Norwegian. He is worth way more than that. Were he still alive, he would be insulted. If it weren’t for him paying the ultimate sacrifice, we’d all be eating South African salmon, a bitter, resentful fish known for its misplaced sense of entitlement.

I must say, though, I am impressed with one of their new products – mashed potato. It’s obviously bad for you because it tastes super yummy (that’s my new denim shorts talking). Men are genetically unable to make proper mash and as a result I have lived off Smash for years. This is a tremendous breakthrough.

At the tills, huge signs alerted me to the fact that Woolworth’s gives away “hundreds of millions of rands worth of perfectly good surplus food every year”. That doesn’t sound like a particularly good business model. Too much food or too few customers? This is food that finds itself languishing between its sell-by and best-by dates. The sign says the food is delivered to shelters and charities. It must be an incredibly efficient system because there’s not much room for dawdling if you hope to beat the best-by date. Maybe they should take over from the Post Office.

Anyway, it’s a lovely story and it warms my heart to think that people in homeless shelters are right now tucking in to stuffed trout, chilli prawn linguine and caramel swirl gateau cake.

It gives me something to look forward to when the money runs out. Shouldn’t be long now considering that my best-by date has long since come and gone.