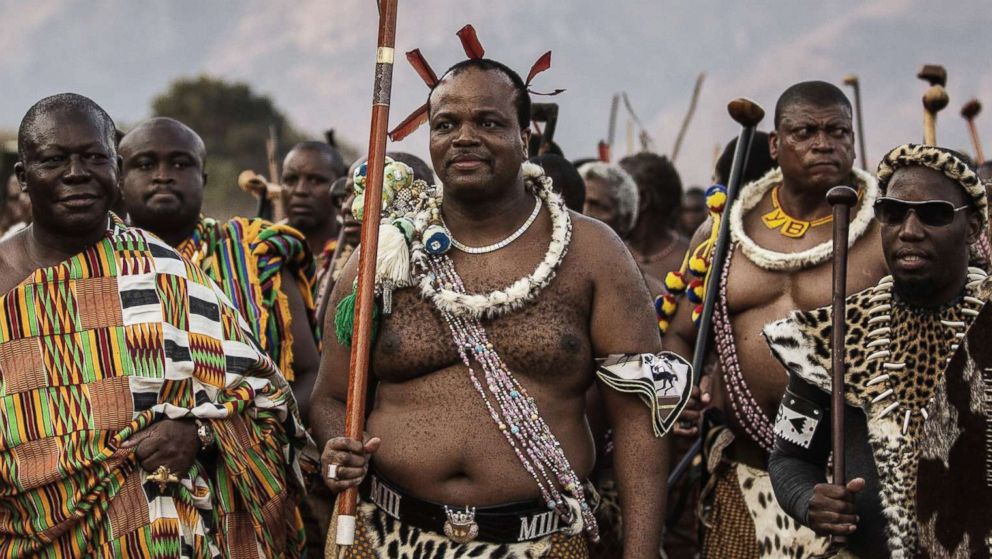 News that Eswatini’s despotic King Mswati III has fled to South Africa after pro-democracy protests broke out reminded me of a letter I wrote to his equally delightful brother, Prince Mahlaba, eleven years ago.

I read in one of our counter-revolutionary rags that you have threatened journalists with death if they continue to write negative things about Swaziland. Well done, sir.

On behalf of our glorious ruling party, the ANC, I applaud you for taking such a courageous stand against these unpatriotic vermin.

As King Mswati’s brother and a leading member of a highly influential royal advisory council, you would be failing in your duty if you remained silent and allowed these mendacious dogs to write anything that slopes into their poisoned minds.

As you so aptly put it: “It is a fact that journalists earn their living by writing lies. I want to warn the media to bury things that … are harmful to the country’s international image. Journalists who continue to write bad things about the country will die.”

Personally, I think death is too good for them. Kill them, by all means, but why not torture them first? It worked for the Spanish during the Inquisition, and there is no reason why it shouldn’t work for you in Swaziland, even if you aren’t Catholic. At the very least, these pub-crawling prevaricators will be encouraged to name their fellow conspirators. Subeditors and layout artists are part of the axis of evil, and they should not be allowed to escape the purges.

Yours is one of the most peaceful and democratic countries in the world, and anyone who says differently should be lashed to the rack and stretched until his spine snaps.

What’s more, any “journalist” who writes that Swaziland is a landlocked country should have his hands chopped off. If the world gets to hear that you don’t have a port, you can kiss foreign investment goodbye. Your harbour, sir, is one of the best in Africa. You can count on me to spread the word.

I have seen it written that Swaziland has the world’s highest prevalence of HIV/Aids. The purveyors of this rancid propaganda must be whipped with jellyfish tails and have spikes driven through their venomous forked tongues. There are no sick, bed-ridden people in Swaziland. There are only people who enjoy resting for long periods of time.

Anyone who writes that Swaziland is a small country with an unemployment rate of 40% deserves to have their toes sliced open and their hair set alight. Swaziland is huge. Bigger than Russia. And everyone has at least five jobs, three houses and a dozen or so cars. Not ordinary cars either. Like the king, most households have a Maybach in the garage.

Most importantly, Swaziland does not rely almost exclusively on South Africa for its economic survival. In fact, it is the other way around. You need to make your journalists understand that, without Swaziland, South Africa would be nothing more than a tin-pot dictatorship ruled by a despotic monarch with 84 teenage wives and several million children. Help them to understand this by ramming porcupine quills into their eyes.

Any reporter who quotes the fabricated Forbes 2009 list of the world’s richest royals as saying that King Mswati is worth $100-million should be reprimanded. I suggest you do this by summonsing the misguided hack and inserting the expandable Pear of Anguish into the orifice of your choosing. This was a popular form of chastisement during medieval times – a golden age when journalists could be relied upon to report accurately on their emperor’s new clothes.

You will be pleased to hear that our most excellent government here in South Africa is following your lead in supporting press freedom. Our chief of police, Comrade General Bheki Cele Sir, set his special unit, the Orcs, on a Sunday Times journalist this week, and many others are starting to see the error of their ways.

However, in the unlikely event that the pen turns out to be more powerful than the sword after all, I suggest you break out the guns. Swords are for tiny, impoverished nations so riddled with corruption and disease that they will probably disappear in a few years. Anyone who suggests Swaziland is such a nation should expect to have molten lead poured into their ears and their knees crushed in a vice.

Yours in the quest for truth,