It’s Halloween tonight and I, for one, cannot wait to put on my succubus suit and go creeping around the neighbourhood late at night banging on doors, shouting: “Trick or treat!” The real sport starts when the homeowner presses his panic button. You then have seven minutes to break into the house, tie the occupants up, find a treat and get out before an armed response unit can shoot you in the head. The kids love it.

Not all of us celebrate Halloween on the 31st of October. For a lot of South Africans, every night is Halloween. The only difference is that these perennial pranksters can’t be bothered to dress up. To be fair, though, some do make the effort and put on a balaclava. Traditionally, a treat is a handful of sweets or, if you hit a vegan house, an eggplant without the egg. Our year-round rogues rarely settle for less than cellphones, money and guns. Or, at the very least, an HD-ready plasma TV. Anyway. Who are we to judge? A treat is mos a treat. I would advise against opting for the trick unless you want to watch someone juggling with your testicles or super-glueing your wife to the wall.

I have celebrated Halloween ever since I was dishonourably discharged from the Army of Christ in the early ’80s. Standards were higher back then. These days they take anyone. I would like to call myself a pagan, but I can’t. Worshipping nature is all very well if it knows its place. By this, I mean its place is not down my broeks stinging my bollocks to death. Nor does it have any business trying to crush me, drown me or bury me alive. It would be a far better idea if nature were to worship us. That way the ants would stay out of the butter and sharks would be a little nicer to us. Is that too much to ask?

Besides, I have grown weary of flappy-lipped adherents of monotheistic religions using “pagan” in a pejorative sense while relying on me not to over-do the sacrificial lamb at our Saturday night synod. Adding insult to injury, they are the ones who invariably bogart the bong. Bloody heathens. I generally refrain from defending my position for fear of inviting the fate met by Hypatia of Alexandria, a pagan philosopher, mathematician and astronomer who was killed by a Christian mob in 415CE.

Unfortunately for the employed, Halloween is not a public holiday in South Africa. If only the Soweto Uprising had taken place on 31 October instead of 16 June. Youth Day would be so much more entertaining if it were combined with Halloween. The horror is already there. All we would need are police uniforms, nitrous oxide grenades, a few dozen crates of cherry-flavoured vodka and some live music. And maybe some live ammunition. And a smattering of drug squad dogs all sniffed out and hoping to reach retirement age without any major drama.

At this time of year carving vegetables into grotesque shapes is popular in some cultures. In my house it’s called dinner. In Ireland and Scotland they use scooped-out turnips. It’s that lack of imagination that allowed the English to oppress them for so long. In America they use pumpkins. In Israel they use Palestinians.

If only we could make some kind of genetically modified clone of Julius Malema’s head and carve that, instead of wasting perfectly good vegetables. It’s the ideal shape and consistency. And scary as hell.

Halloween’s imagery is derived from horror movies and literature like Frankenstein and Dracula. Here, it can be derived from films and books like Bitch, please! I’m Khanyi Mbau and There’s A Zulu On My Stoep.

Halloween costumes are traditionally based on skeletons, monsters, witches and ghosts. This year I want to wear a Jacob Zuma costume. He might not be supernatural, but he’s well on his way to becoming a superhero. Is it a bird? Is it a plane? No, it’s Teflon Man!

The telling of horror stories is also a popular feature of Halloween. Gather the children around and, in the unlikely event the municipality hasn’t already done it for you, switch off the lights. Tell them about The Picture of Dorian Gray or The Man Whose Mouth Tasted of Wormwood or The Third Term of Jacob Zuma.

The important thing, comrades, is not to let your Halloween be co-opted by the Christians. We are more Nosferatu than we are Cosatu. No praying. No fasting. No skiving off to church. Deconstruct all that Celtic reconstructionist propaganda and unleash your inner demons. 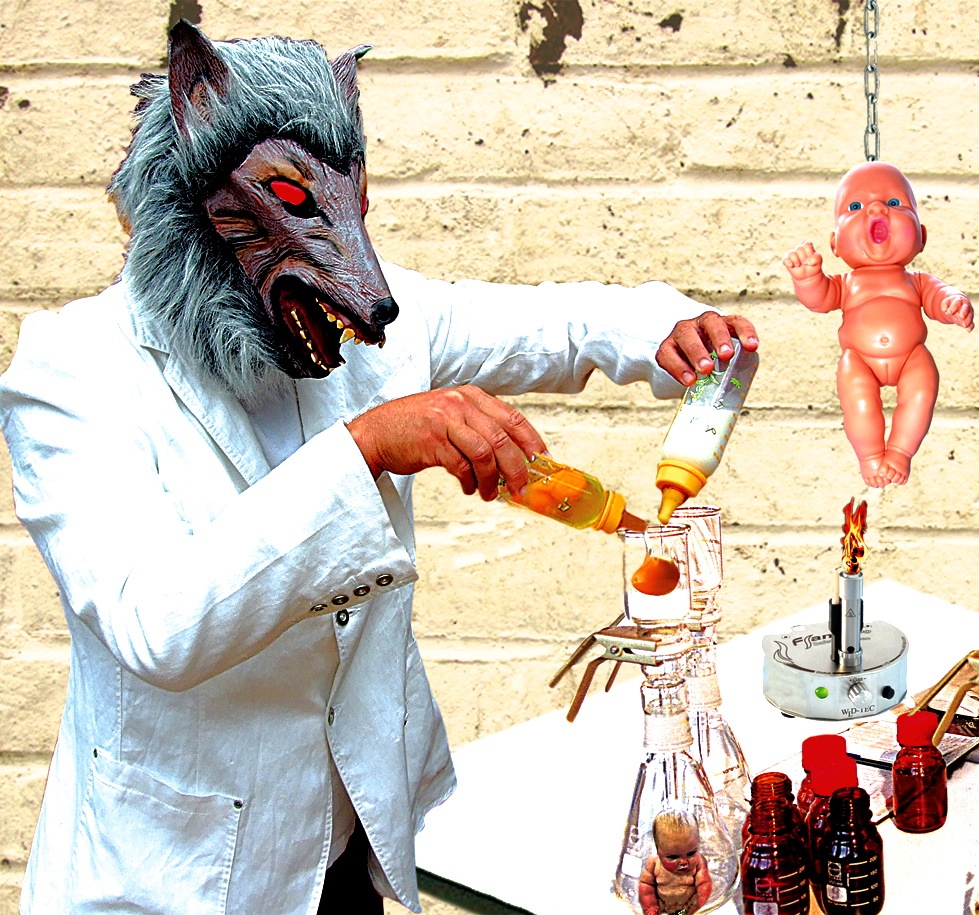