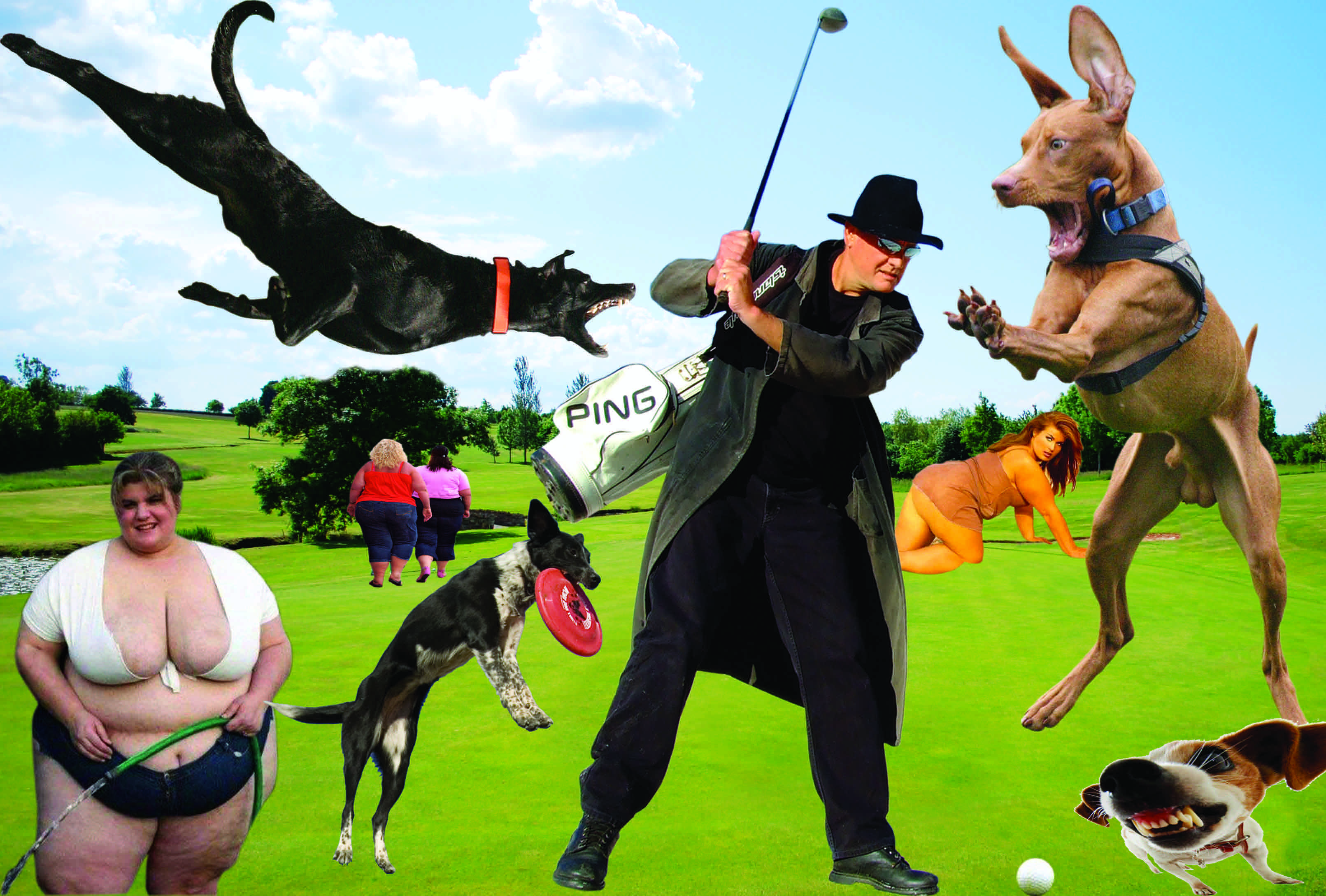 So, anyway. In February 2010, three months after I wrote my letter to Tiger Woods, he issued a televised statement apologising for his behaviour. I’m not saying this was in response to my letter, but I’m not saying it wasn’t, either.

Here’s the column I wrote at the time.

THE image of golf has suffered terribly as a result of Tiger Woods’ breach of marital etiquette. Yes, I can see how that might happen. I was thinking of taking it up but then Tiger ruined it for me by making a billion dollars a year and sleeping with dozens of beautiful women. I, for one, will have no truck with such filth. Instead, I shall take up a sport in which I stand to make no money at all and get to sweat so heavily that I attract stray dog rather than hot girls.

You have to hand it to the Americans. You can get caught pimping underage immigrants to support your heroin habit, but if you squeeze a drop of glycerine into each eye and go on television and apologise and say that you’re taking gender sensitivity classes and checking yourself into rehab, the nation will applaud you.

This applies to celebrities more than it does garbage collectors and other members of the proletariat whose mea culpa is generally described as a confession rather than a courageous admission of their human frailty.

It only works for Americans, though. When British actor Hugh Grant’s willy accidentally fell into a prostitute’s mouth while the two of them were discussing the Middle East crisis in a side street off Sunset Boulevard on June 27, 1995, he never tried to “rehab” his way out of it. His laddish grin on the LAPD’s mugshot said it all. What happened in the car that night – that wasthe treatment. Let us be clear on that. Suffering from a prolonged dearth of fellatio, Mr Grant had his ailment treated by the nearest qualified person, who in this case happened to be nurse Divine Brown.

Tiger Woods, on the other hand, speaks for thirteen minutes and convinces the world that he is a very sick man deserving of our sympathy.

Halfway into his statement something strange happened. I began feeling as if I had done something wrong. As he spoke, the burden of guilt lifted from his shoulders and settled on mine. He was pulling some kind of weird voodoo stunt and getting away with it.

Tiger blamed the media for daring to suggest that his perfect Swedish wife, Elin, had clubbed him like a baby seal on that terrible Thanksgiving evening. “It angers me that people would fabricate a story like that.” I hung my head in shame. “Elin never hit me that night or any other night.” Brenda snorted. “Some Viking she is.”

“There has never been an episode of domestic violence in our marriage,” Tiger insisted. Well, maybe there should have been. You’d be surprised at how sexual tension can be relieved by smacking one another around for an hour or so. It certainly works for Brenda and me.

“I felt that I had worked hard my entire life and deserved to enjoy all the temptations around me. Thanks to money and fame, I didn’t have to go far to find them.” And the problem is what exactly? This is precisely why fame and fortune are a tad more in demand than, say, obscurity and penury.

What is the point of being rich and powerful if you’re going to be like the rest of us and go home to a cold, hostile wife who puts your dinner plate on the floor and expects you to get down on all fours and eat it like a dog?

We are only the way we are because we’re too goddamn lazy to work relentlessly at something until we are so ridiculously good at it that people line up to throw money at us to watch us do it or even just write or talk about it.

My loinfruit, Clive, showed no interest in golf until Tiger got bust. Now all he wants to do is get his hands on a bag of clubs, a bankie of Ambien and one of those Thai girls who work in the house across the road. That’s my boy.

Instead of being lauded for making golf the aspirational sport that it should be, Tiger was forced to grovel. Shocking, really, and a scathing indictment on what kind of world we are bringing our children into.

“It’s hard to admit that I need help, but I do. For 45 days from the end of December to early February, I was in in-patient therapy receiving guidance for the issues I’m facing. I have a long way to go.”

And right there, the attitude of millions of people watching Tiger beat himself up went from self-righteous disapproval to a weird mix of empathy and pride. You fucked up, Tiger, but you’re dealing with your problem and we’re proud of you for that.

It’s black magic, I tell you. Not only does he manage to convince us that he has a problem, but he has somehow convinced us that his problem is different to the problem experienced by all men – that of wanting to sleep with lots of different women but not being able to because we are too ugly, too poor, too stupid or too fearful that some supernatural being might be judging us.

Tiger has already been through 45 days of hell. Therapy for sex addiction is no walk in the park. It involves role playing where women brutally rebuff your advances, group sessions where everyone points and laughs at your privates and being strapped down and forced to watch videos of women giving birth. Or so I have been told.

Stupidly, he said, “I have a long way to go.” In other words, “I still want to tear my clothes off and jump on anything that isn’t nailed to the floor.”

You used to have a great grip, Tiger. Don’t lose it now. Why didn’t you just say that the six weeks of therapy worked? Tell us you’re cured, for god’s sake. Nobody would even know the difference.

Actually, it doesn’t matter what you say. From now on you’re doomed to live the life of a Buddhist monk. I’d suggest you work on your chanting because your days of shrieking and whooping are well and truly over.

Talk about blowing it on all fronts. 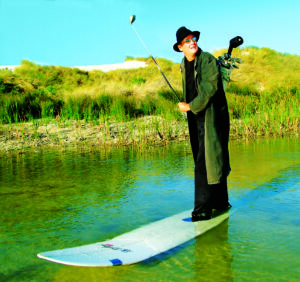 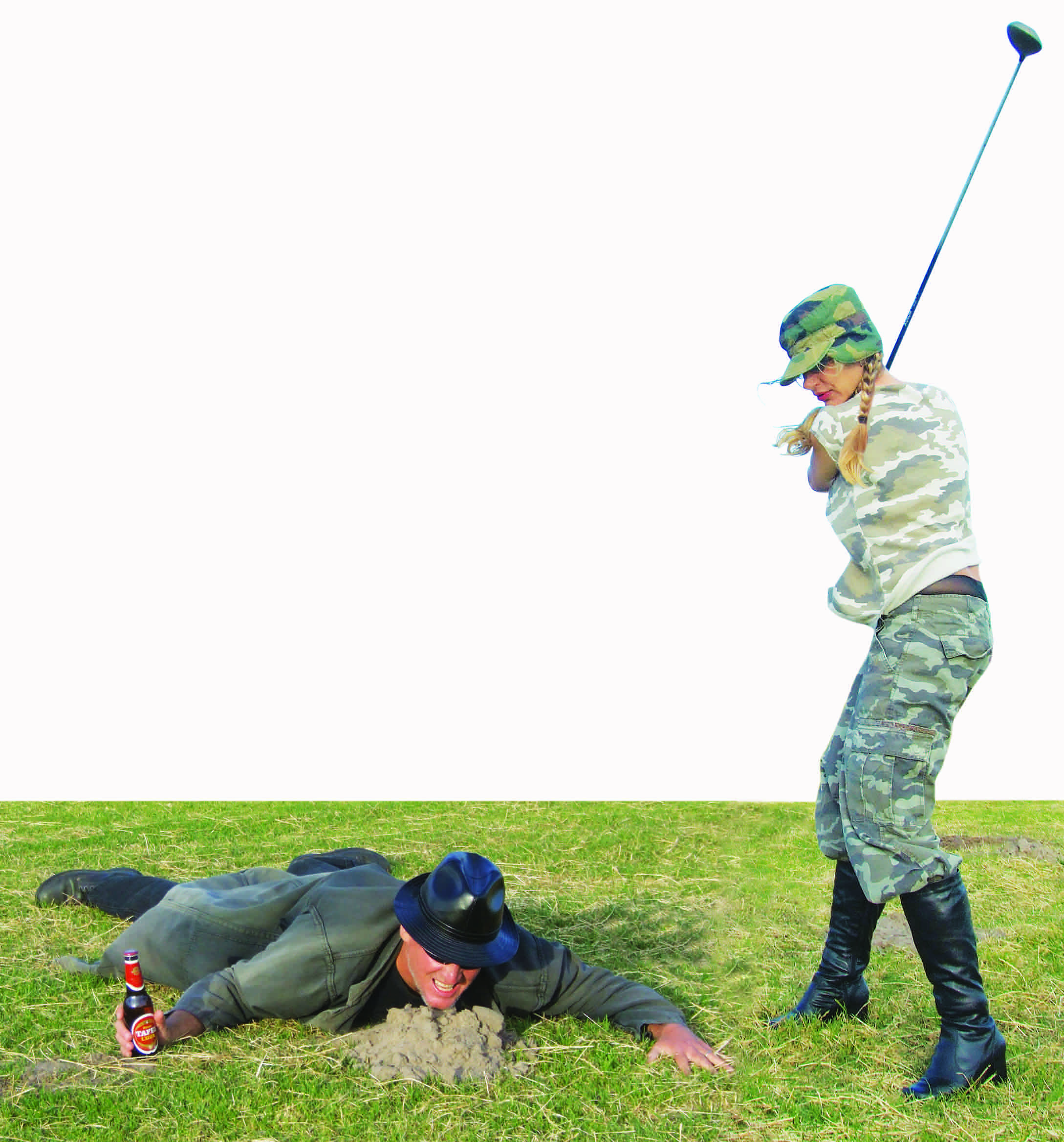 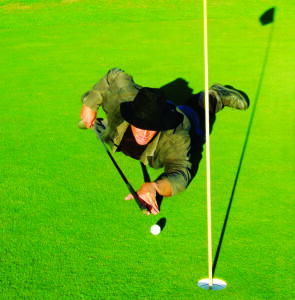