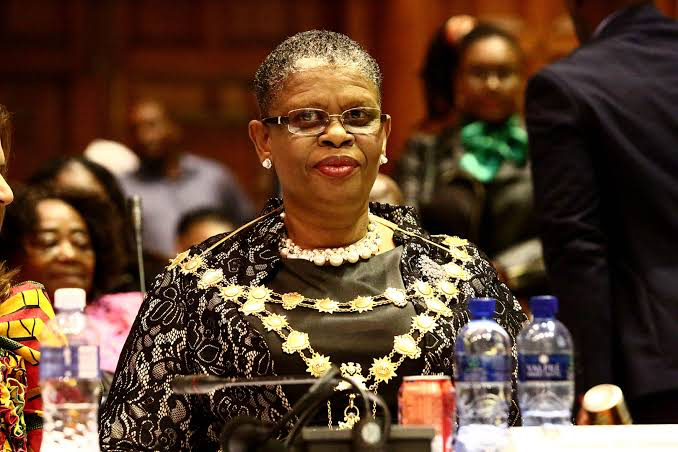 There are few six-syllable words in the English language that fill one with more dread and loathing than the word ‘municipality’. Not in every country, obviously. It might seem hard to believe, but there are parts of the world where people don’t fall to their knees weeping or laughing when they hear the word spoken aloud.

Growing up in Durban, a career with the municipality never crossed my mind. Frankly, a career in anything never really occurred to me until fairly late in life. Back then, white people were guaranteed a position at the municipality. It’s where you went if you didn’t know what you wanted to do but your parents were threatening to put you in a wheelchair if you didn’t get a job.

I had friends who worked for the council. I didn’t think any less of them. That would have been impossible. I never understood what any of them did because my eyes glazed over the moment they began explaining. I do remember asking, “Isn’t it boring?”

Things have changed a fair bit since then. If you have a friend who works for the Durban municipality today, you are far more likely to ask, “Isn’t it dangerous?”

The other day someone tried to poison the acting mayor. This was after the actual mayor, Zandile Gumede, was suspended by the ANC. Not, as you might imagine, by her ankles from the Connaught bridge. That sort of punishment will come when the rule of law has been completely obliterated. We’re still at the gnawing-away stage.

Gumede was subsequently fired. Party members are poised to punish her further by electing her chairperson of the ANC in the eThekwini region. The Asset Forfeiture Unit raided her properties today and took a bunch of shiny new cars away.

Anyway. If I were starting out again, I would definitely want to work for the Durban municipality. When I had the chance, Sybil Hotz was mayor. I don’t remember her at all. Then again, I had just returned from two years in the army where I learnt how to kill, drink and get high. It’s surprising I could find my way home. I googled Mayor Hotz to refresh my memory. It seems she’s best known for having opened the Umgeni Bird Park.

Across the country, municipalities are struggling. Not only to lower the bar set by mayors like Gumede, but to get people to pay them for services allegedly rendered. At the end of March, ordinary people like you and, well, you, owed our 257 municipalities at least R50 billion for rates, services and traffic fines.

I don’t understand. There are municipalities, mainly in Limpopo, that, if you, as a job-seeker, respond in the affirmative to the question, “Are you or have you ever been a gangster?” will hire you on the spot. Smart, industrious individuals with a clearly defined criminal bent are highly sought after in the civil service. So why, then, are so many municipalities battling to get people to pay up?

If there’s one thing gangsters know, it’s debt recovery. They need to be given free reign to express their creativity. Employees are wasted sitting behind their desks idly committing minor fraud and whatnot. Encourage them to get out into the fresh air. Thuma mina. With a baseball bat. You might even find Discovery Health will want to include it on their rewards programme.

Nearly fifty municipalities are collecting less than half the revenue owed to them. The Treasury can’t even ascertain the rate of collection of another 24 municipalities, presumably because nobody answers the phone and there’s a rabid dog at the gate.

When I was a kid, a girl from down the road borrowed fifty cents from me. In today’s terms, that’s, like, R50 000. When the end of the week came, I went over to her house to collect on the loan. She laughed and said she’d break my arm rather than pay me back. As a compromise she offered to show me what makes girls different to boys. Best fifty cents I’ve ever spent.

But, hey. Don’t beat yourself up if you are in arrears and plan on staying there indefinitely. A man from the council will be along to do that for you. Well, he would be if I was in charge. The government itself owes municipalities R10 billion. I don’t really understand how this can happen. Aren’t they all members of the same gang? It’s like a massive money-laundering pyramid scheme run by the most disorganised crime network in the world.

Point is, it’s essential that municipalities collect the debt they are owed. Stealing is only sustainable if supply keeps pace with demand. And, man, the demand out there for free money is second to none. Municipalities go bankrupt when plundering outstrips income and bailouts. It’s basic accounting, a subject I got nine percent for in matric and which goes a long way towards explaining my current situation.

It gets more complicated. Municipalities also owe creditors R150 billion. If you live in the Free State and your local council owes you money, don’t even bother ringing the bell. A neighbour will have been paid to say they’ve all gone to a funeral. You might glimpse the twitch of a curtain as you drive away. Assuming the curtains haven’t been stolen.

Several municipalities have run out of money entirely and are in overdraft. They are, in the desperate yet eternally polite parlance of the most ignored man in public office, Auditor-General Kimi Makwetu, in a state of distress and close to collapse. We have all been there, mostly on a Saturday night, but, unlike municipalities, we can’t blame the sponging class or cadre deployment for our appalling behaviour.

Standing upwind from the others, awkwardly shuffling their goody two-shoes and trying not to look overly righteous, are eighteen clean municipalities. Coming as a surprise to exactly nobody, most of them are in the Western Cape. The other 239 festering councils remain curled up in the foetal position whimpering, “Go away. It wasn’t me.”

Here’s a final fun fact. Two out of three municipalities filed financial statements and performance reports so unintelligible and flawed that they might as well have been scrawled in Aramaic on Wimpy serviettes.