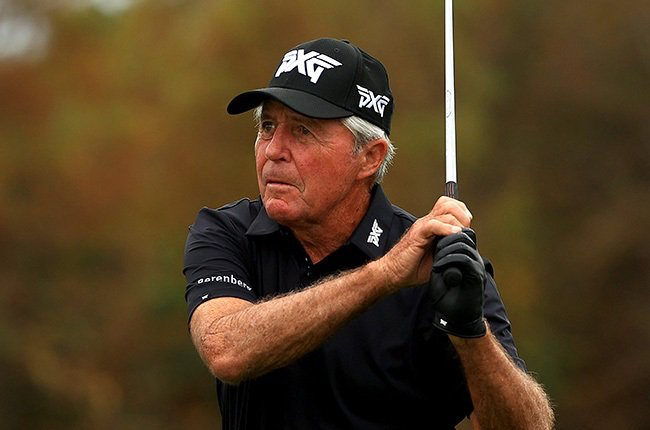 News that Gary Player has accepted the Medal of Freedom from his scumbag mate Donald Trump reminded me of a column I wrote 15 years ago.

Writing a book about golf has brought with it many benefits, one of which is that I have been declared persona non grata at Fancourt. Another is that I was given VIP status at the Nelson Mandela Invitational at Arabella last weekend.

Assuming I was being invited to play, I rushed off to Cash Converters and invested in a putter, two sand wedges and a driver that looked like it could send a ball to the moon. I also bought one black glove from a Sea Point hustler who tried to sell me two for double the price.

Before I even had a chance to get my car out of the disabled parking bay, I was given the opportunity of practising my swing on a previously disadvantaged gentleman who seemed to think that a yellow bib gave him the right to look at me in an accusing fashion. Back home, I wiped the blood off my putter and rifled through the press kit that had been sent to me. I was appalled to discover that the tournament was presented by Coca Cola and hosted by Gary Player.

As a seasoned journalist, I knew that al-Qaeda couldn’t be far behind. I have no doubt that Osama bin Laden drinks Coke when nobody is watching, but it’s an altogether more serious matter when a fatwah is declared on our small but perfectly formed golfing icon.

In the event that the organisers had failed to invite the mandatory quota of disabled Muslim lesbians, I stopped off at the gun shop and bought myself a Proudly South African bullet-proof vest. All I needed was a caddy.

While I was considering the most ethical way of forcing a young black man to carry my bag for as little money as possible, Ted arrived at the house with a sack full of beer. I guzzled a six-pack and explained that I could take him, Brenda or the Illicit Consort with me to Arabella. The brat, Clive, was due for his bi-weekly electroconvulsive therapy session, so that was one less thing to worry about.

Ted smacked me on the side of the head and began explaining the finer points of golf tournaments. I smacked him back and told him that as a man who has just written a book on golf, I did not need advice from the likes of him. He got up and began questioning my credentials, so I smacked him even harder and this time he just lay there and drank his beer from a supine position.

His point, once he could articulate it through his smashed mouth, was that the Nelson Mandela Invitational is based on the fourball system. I grabbed him by the throat and demanded to know how each golfer could play four balls and still be done by Christmas. Kneeing me in the crotch, Ted pointed out that a fourball meant we could all play. Me, him, Brenda and the Illicit Consort.

The trouble started from the moment I hit the orange traffic cones outside Arabella. Brenda shouted at me to go back and pick them up. Ted said there’s no going back, ever. The Consort urged me to go faster. Suddenly I was surrounded by men in moustaches and day-glo orange vests performing hand signals that made no sense. After a mutual exchange of racial epithets and at least one reference to Gary Player’s mother, we were directed to the VIP parking area.

While Ted was trying to commandeer a golf cart, the Illicit Consort began demanding to know how an icon like Nelson Mandela could give his name to a golf tournament. She was shouting something about the Mother Teresa Classic and the Pope Benedict World Series when a man with a serious face came up and asked her to be quiet. I jabbed him in the ribs with my sand wedge.

The competition had started without us so we jumped straight in at the seventh hole, throwing our balls as close to the green as we could get them. We were still putting when a ball came out of nowhere and hit Brenda in the head. I was dragging her out of the way so that I could play my shot when a fast-moving knot of men arrived.

They demanded to know what we thought we were doing. “It’s hard to say,” said Ted, addressing himself to the leader of the pack. “Why are you dressed all in black?”

The little man with the face of a turtle looked at us in disbelief. “You fools. Don’t you know that I am the Black Knight?”

The Consort began laughing so robustly that she tripped over her putter and crashed to the green. A dissolute version of Peter Pan appeared out of nowhere and helped her up. “Who are you?” she asked, clutching on to his hand a little too tightly.

“I am Ronan Keating,” he said, smiling just enough for the sunlight to bounce off his teeth. Sensing that he was being upstaged, the Black Knight elbowed the Irish upstart aside, drew himself up to his full height, looked me squarely in the kneecaps, and said: “I am a living legend and I am the saviour of needy children.”

Seeing that we were inexplicably unmoved by this information, he added: “I also have Nelson Mandela’s cellphone number.” Just then, a large black man walked onto the green. “Bring my bag,” barked the little golfer.

“Sorry boss,” said Vincent Tshabalala, “those days are over.”