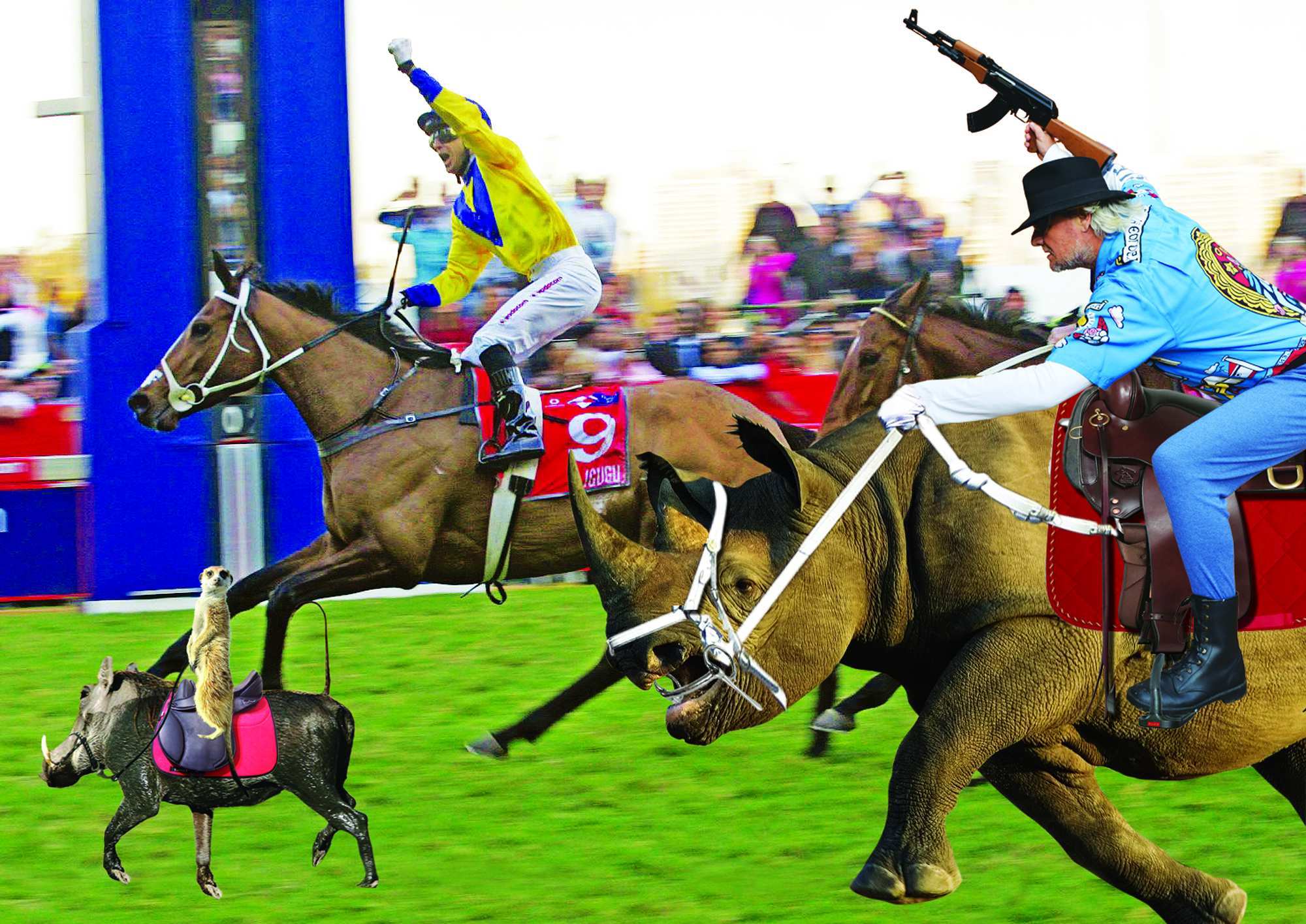 I went over to one of the betting counters and put it all on number 25, my lucky number. The bookie gave me the lazy eye and said there were only 20 horses in the race. “I knew that,” I said. “What about this 52kg three-year-old? Is that the horse or the jockey?” She ignored me so I asked if she thought Zapatillas had a chance, but she said he had been scratched for coughing. “Seems a bit harsh,” I said. “Maybe he was just a little horse.” She asked me to step away from the counter.

The concubine backed Do It Again for a win. I put everything on Sparkling Water. You would have to be retarded not to bet on the favourite. Even if you don’t make much money, you still feel like a winner. I don’t know if he was the favourite. I just liked the name.

We went home to watch the event in an environment free of decomposing geriatrics chucking up bits of liver and showering the room with flesh-eating bacteria. Watching horses is not like watching rugby, where one must spend the entire day drinking heavily and gnawing on the flesh of dead animals. The main race at the Durban July is like good sex – it’s all over in two minutes.