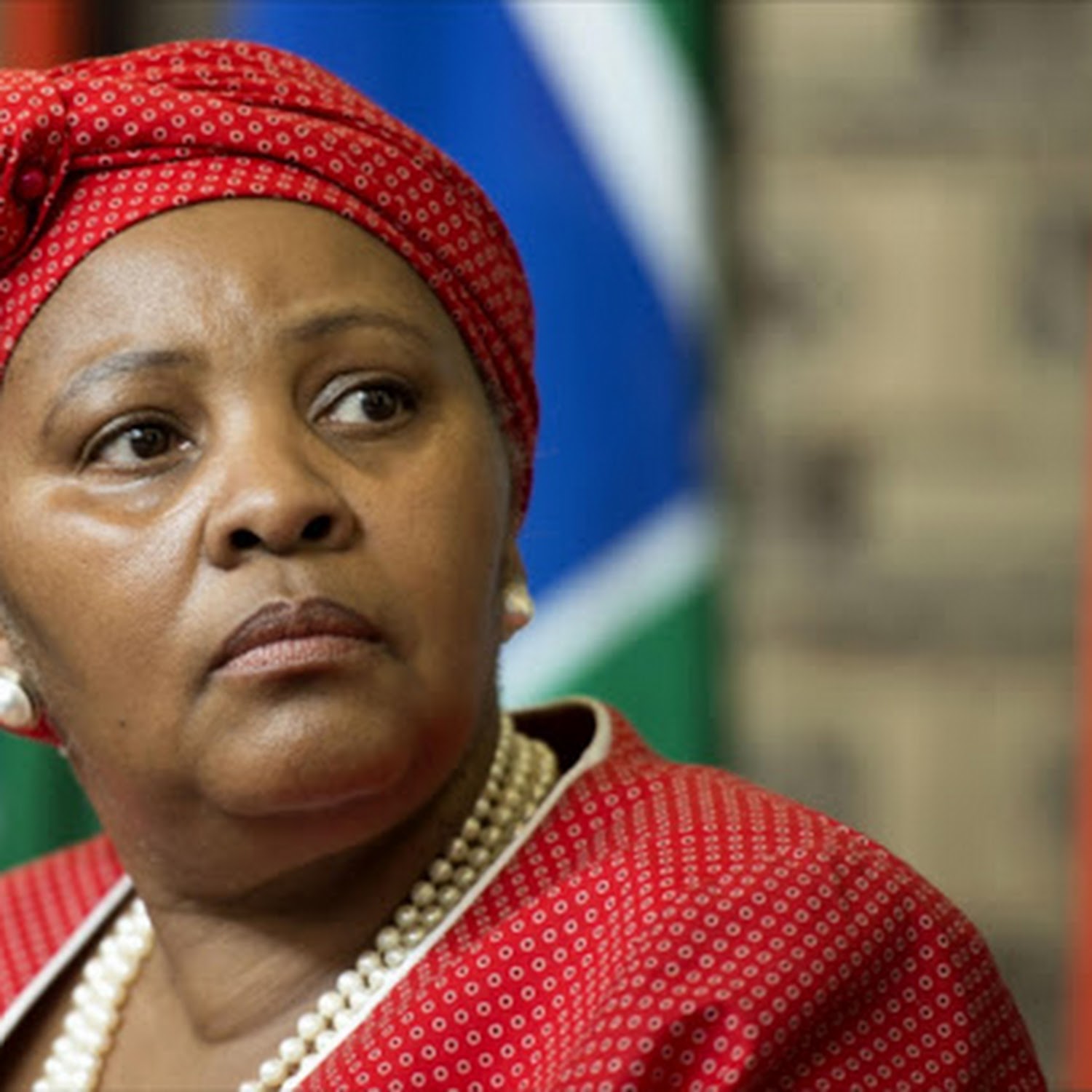 Comrade Nosiviwe Mapisa-Nqakula has served in the executive for almost 20 years, kicking off as minister of home affairs, then moving to correctional services and, finally, defence, where she remained for nine years until last week when President Ramaphosa fired her ass. Nosiviwe was understandably upset about losing a job that pays R2.4-million a year, but she cheered up immensely upon learning that she’d be getting R2.8-million as the next speaker of parliament.

Like many of us, Nosiviwe isn’t a big fan of meetings. In March this year, the standing committee on security and justice complained that she never once attended its meetings during the entire 5th parliament.

That sounded familiar so I dug into the archives and found a letter I wrote to her 10 years ago when she was minister of correctional services.

I hope you are not offended by the brazen informality. I don’t mean to be a cheeky whitey but it takes me forever to spell your complicated double-barrelled surname. What is that? French? I also have Huguenot blood. Perhaps we are related.

You probably get a lot of this from people who cannot rule out the possibility of spending time in one of your facilities at some point. I am sure you will agree that most white people deserve to be jailed, so I wouldn’t be all that surprised if the Hawks smashed down my door and dragged me away for questioning.

I might as well tell you right now that I know nothing. I also saw nothing. Nor did I hear anything. And whatever happened, it wasn’t me.

Anyway. I am writing to offer my support in the wake of the outcry over your failure to attend any of the sessions of a recent United Nations gender summit in New York.

People seem to think you went shopping, as if that’s somehow worse than nodding off at yet another boring yakathon.

They are clearly jealous. For a start, there were 48 people in the delegation, including eight ministers and deputies. All you needed was a junior clerk sitting at the back of the hall taking notes and maybe scoring a bunch of doggie bags from the lunch buffet.

This was, after all, the 55th session of the Commission on the Status of Women. You, comrade minister, seem to understand better than most that when it comes to women and status, it has to start with a Prada bag and matching Jimmy Choo shoes. At the very least.

You are, when all is said and done, proudly South African. Look at the women of, say, eastern Congo. They lope around in hessian sacks and shoes made from old goats. Would it kill them to fly business class to New York, as you did, and spend some quality time on Fifth Avenue? Instead, they let the side down by hanging around pestilential hellholes like Baraka and Fizi, speaking Arabic and eating locusts. No wonder they get abused. They need to get some status.

To be fair, your spokesman said you weren’t really there for the conference as such. Although you were part of the delegation, your primary purpose was to undertake a “study tour” of New York prisons.

I would be interested to know which ones you visited. Was it the Vera Wang Penitentiary or the Christian Dior Correctional Facility? I hope you didn’t make the mistake of going to Rikers Island. It gets awfully crowded in the afternoon, and there is absolutely nothing available after lockdown.

I believe the South African mission at the UN had the nerve to complain about the size of the delegation and even had a few snarky words to say about your low profile. Apparently the only person who remembers seeing you during the two weeks was a Puerto Rican room service girl at the Ritz Carlton.

Who on earth is running our office at the UN? The AWB? If I were you, I’d give the old wink and nudge to General Bheki Cele. He will know what to do. On second thoughts, his men would probably raid the Empire State Building by mistake.

Keep this to yourself, but I am trying to get you a free trip to BMW headquarters in Germany. Actually, it won’t be free. The taxpayers will have to cough up. But to people like you and me, that’s pretty much a close cousin of free.

Get your wingman to tell the running dogs of the counter-revolutionary media that you’re attending a human-rights study group/seminar/workshop thingy in Munich. Mention the Holocaust.

Once you’re there, I strongly recommend you study the new twin-turbo V8 ActiveHybrid 7. This is major league status, baby. I only hope you are woman enough to handle it.

Remember me when it comes to parole.