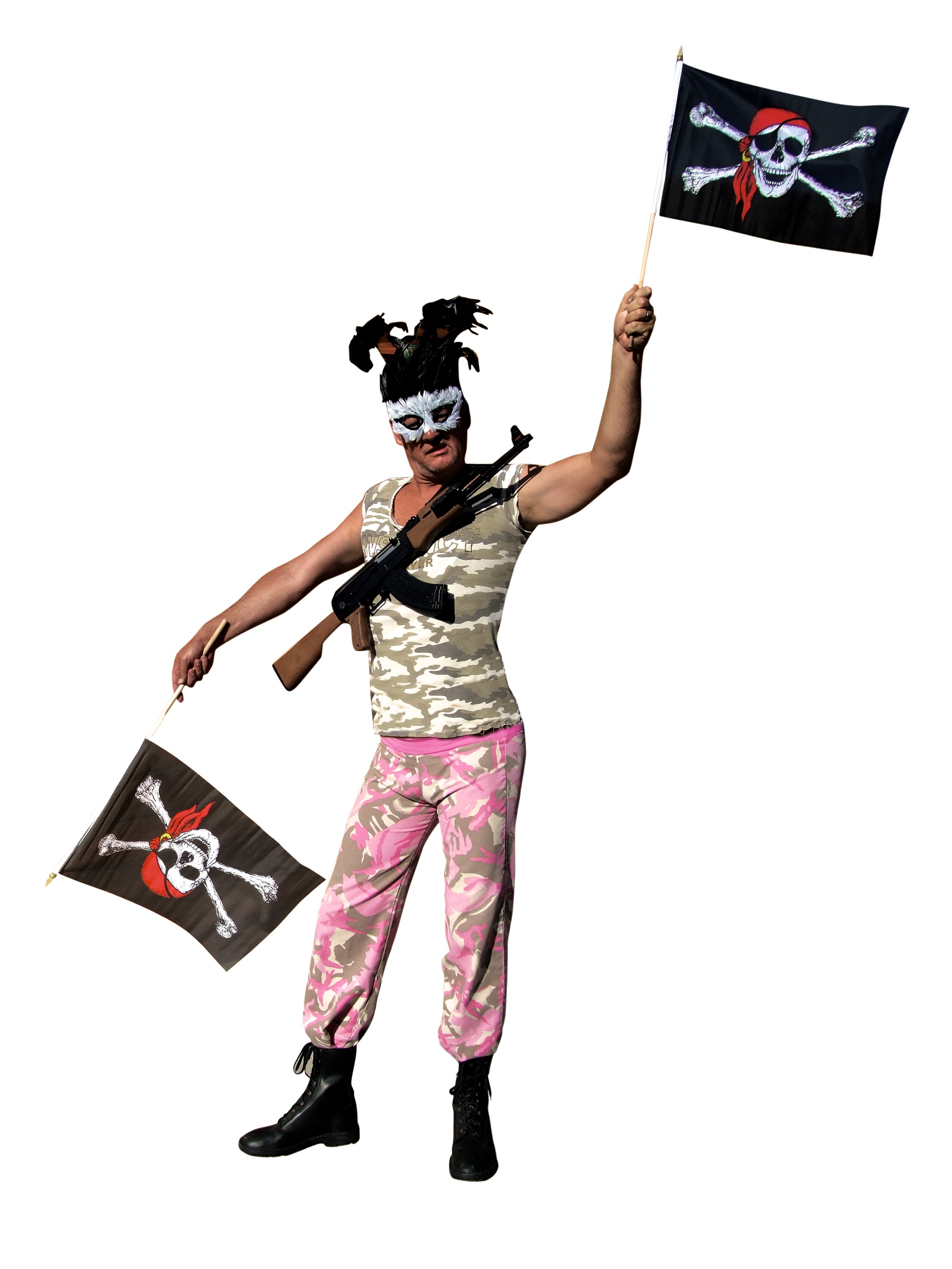 Ted called me on Saturday and said there was a parade in town. He suggested we get on it right away. As former military men, Ted and I always have enormous fun at parades.

During the war, Ted was a sniper and I was a signalman. This is a perfect combination in times of peace and whenever we find ourselves in a large, unruly crowd of young people high on drugs, we split up and use the old Zulu pincer movement to isolate the vulnerable females and herd them into the nearest bar where we ply them with cheap philosophy and offers that they hardly ever refuse.

So I strapped on the old boots, bos hoed and bayonet, went round to Ted’s place and hid in the garden giving the coded signal that in our army days meant, “We attack the refugee camp at dawn”. I waited for the appropriate response, “Women and children first”, but it never came.

The signal I heard had a chorus line. Something about raining men. All thoughts of Cassinga were driven from my mind as Ted stepped out of his front door. He was wearing some kind of floral lilac dressing gown affair with his wife’s bra strapped to the outside. I was rooted to the spot, incapable of speech or movement. The entire course of the war could have changed had Swapo gone into battle dressed like Ted.

“Come along, darlin’,” shouted Ted. “We’re off to the parade.” I hadn’t even got my voice back and Ted was congratulating me on my uniform. “Military?” he said. “Very sexy.” He started humming the theme tune to Yentl.

“Enough!” I barked. I ordered him to tell me what the hell was going on. He looked at me in surprise. “We’re going to the Gay Pride parade,” he said. “I thought you knew. You’re certainly dressed for it.”

I was outraged. You don’t get more heterosexual than a former SADF signalman. Obviously I can’t say the same for the snipers, but I always believed they were real men, too. I could perhaps understand it if Ted had been one of those parabatty boys, what with all that leaping from aircraft and drifting through the sky like big brown snowflakes. It’s just not natural.

This was pretty wild stuff, even for Durban. I grabbed Ted’s arm to make sure we wouldn’t get separated. “That’s the spirit,” he said, taking me by the hand. I smacked him sharply on the side of the head, setting off a chorus of high-pitched squealing from a passing pack of sado-masochists.

I backed up against a wall, breathing heavily, fearing that someone would smell the testosterone on me and hand me over to an outlandish authority figure in a skin-tight camouflage skirt carrying some sort of pink plastic truncheon. “Relax,” said Ted. “Strapadictomy. Quite harmless.”

Ted broke away and sashayed into the crowd, swinging his hips like a damn schoolgirl and shouting something about beers for queers.

An eyeballing situation began developing. People representing at least three, possibly four, genders started trying to make eye contact with me. I kept averting my eyes until I realised that this could also create the impression I was being coy. And there is nothing that gets a deviant salivating quicker than the prospect of gnawing on the flesh of a shy virgin in combat boots.

I quickly changed my strategy and began darting stern no-nonsense looks at the perpetrators before letting my gaze trail away to the nearest woman. However, homosexuals operate on a secret code of mixed signals so there was a very good chance that I was letting them know I would be available in the parking lot in 20 minutes. Anyway, the strategy was doomed from the start. I looked around and there wasn’t a woman in sight who would have been prepared to step in and save me from being licked to death by a baying mob of erotomaniacs in leather suspenders and fishnet stockings.

Just then Ted broke through the crowd and grabbed me by the shirt. “Let’s get the hell out of here,” he shouted. I noticed that he had lost half of his dressing gown. His bra was hanging from one strap. He still won’t tell me what happened out there. Whatever it was, it turned him right back into the irascible old homophobe that he always was.

Now he is organising a Straight Pride march. It’s open to anyone who owns a gun and understands the offside rule in rugby.

One thought on “Privates on parade”