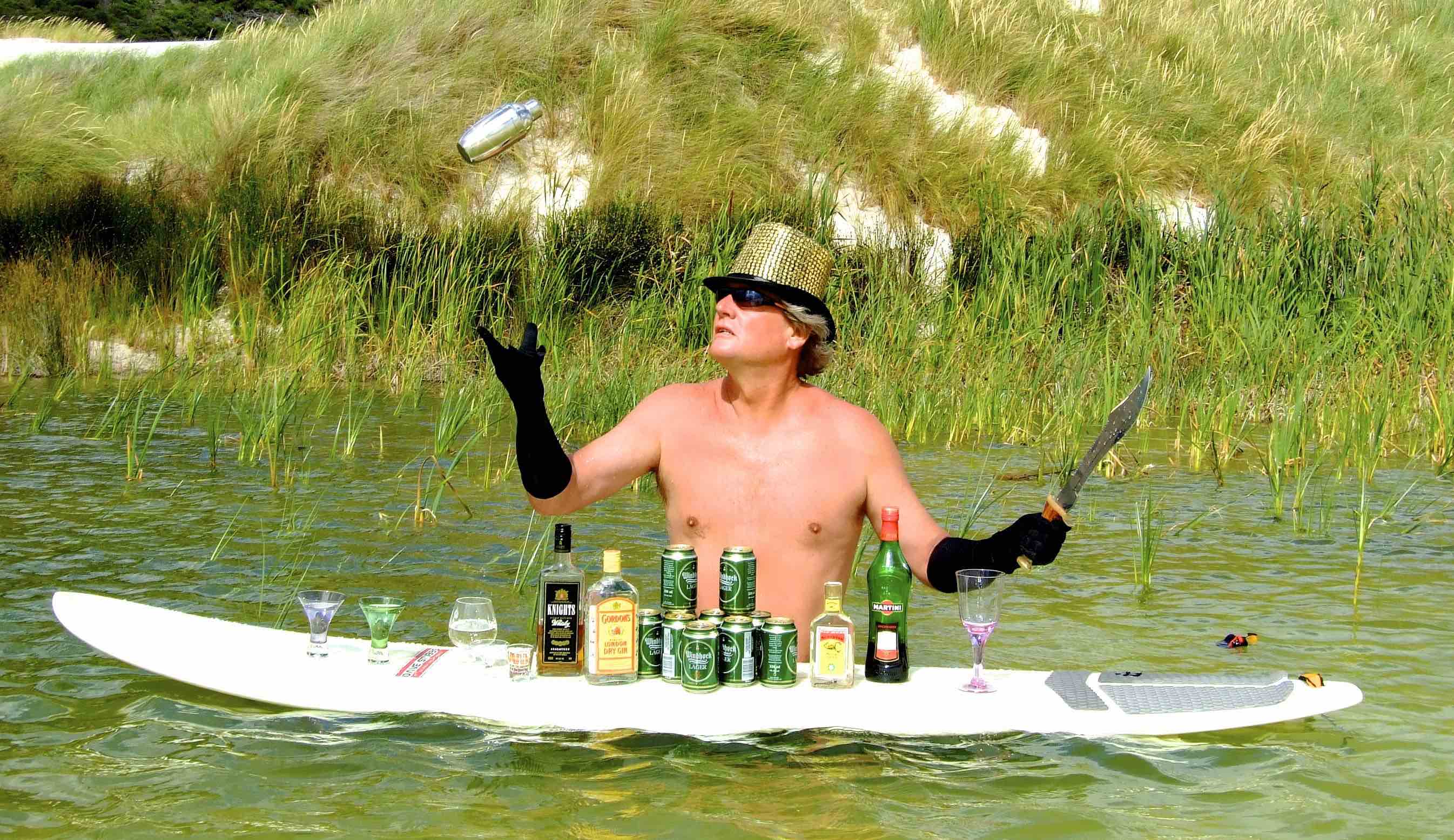 New Year’s Eve. My liver huddles up against my spleen and whimpers at the mere mention of it. Come out, you lily-livered coward. I need you now more than ever.

The Anno Domini system, which counts years from the death of Jesus, spread throughout Europe during the Middle Ages. Big deal. A lot of things spread through Europe during the Middle Ages. The Black Death, for one, yet you hardly ever see anyone walking around with a long face moaning about the good old days when the plague was all the rage, so why should we continue using a calendar wielded by organised religion as a propaganda tool in the name of … ah, forget it. Let’s stick with the liver, shall we?

To be honest, and I think honesty is important at a time like this, I have felt uncomfortable about making a huge thing out of December 31 ever since discovering that the Gregorian calendar was introduced by Pope Gregory XIII in 1582. The Catholics have done some truly appalling things over the ages and for all I know the calendar is one of them.

An unsightly and consequently rather shy organ, the liver is one of the few parts of the body that are prepared to suffer in relative silence. The poor could learn a thing or two from the liver.

It must be said, however, that the liver is not as perfect as it likes to think. For starters, it takes its job way too seriously. The heart, on the other hand, knows how to have a bit of fun. It speeds up, slows down, murmurs to itself, does an Irish jig, stops altogether and then, just when you think you’re dead, starts up again. It is an impish organ that understands the art of comedic timing.

Simply put, the liver does not know how to have a good time. I find this odd, considering the amount of drugs, alcohol and nicotine that pass through it on an average Friday night.

Perhaps it’s not so strange. If we want to be really unkind, the liver is little more than the body’s policeman. It’s a sullen cop manning a permanent roadblock. What’s this? Tetrahydrocannibanol, eh? You’re coming with me. I’m going to detoxify and neutralise all the goodness out of you. Bastard.

Since I am not yet president, we have to face the reality that state-appointed arbiters of appropriate behaviour will be out there looking to ruin our lives and reputations. As if we can’t do that all by ourselves.

Fact is, even if you haven’t touched a drop all night and then you kiss someone whose blood alcohol level is above 00000.01, this would put you over the limit and you will be dragged behind the police caravan, pistol-whipped and read the last rites in a language you don’t understand.

Roadblocks can be dealt with in several ways. One is to slip into the passenger seat and tell the officer that your driver ran away. The officer may wish to attach electrodes to your testicles to determine the veracity of your story, but, unless you enjoy that sort of thing, you should remind him that the constitution frowns on torture.

Also what you can do is pretend to have a speech impediment. Most cops treat the disabled marginally better than they do the rest of us. But don’t lean out of the window and say: “Good afterble consternoon.” That is a speech impeded by vodka shooters as opposed to, say, blunt trauma to the head.

I used to get stopped a lot before I became a master of disguise and the cops would always ask me why my eyes were so red. “I have pterygiums, officer,” I would say, opening my eyes as big as they would go without me passing out. Cops don’t want to take your statement knowing they are going to have to ask you to spell whatever the hell it was that you said you had.

Carry a roll of bubble wrap in your car. The moment your girlfriend gets the wobblies,  wrap it around her. She won’t hurt herself when she plummets off the north face of her bar stool and the rest of the bar will join you in a game of Popping The Drunk.

If someone loses an eye, ask the barman for a glass of ice and stick it in there. It will be good for 24 hours.