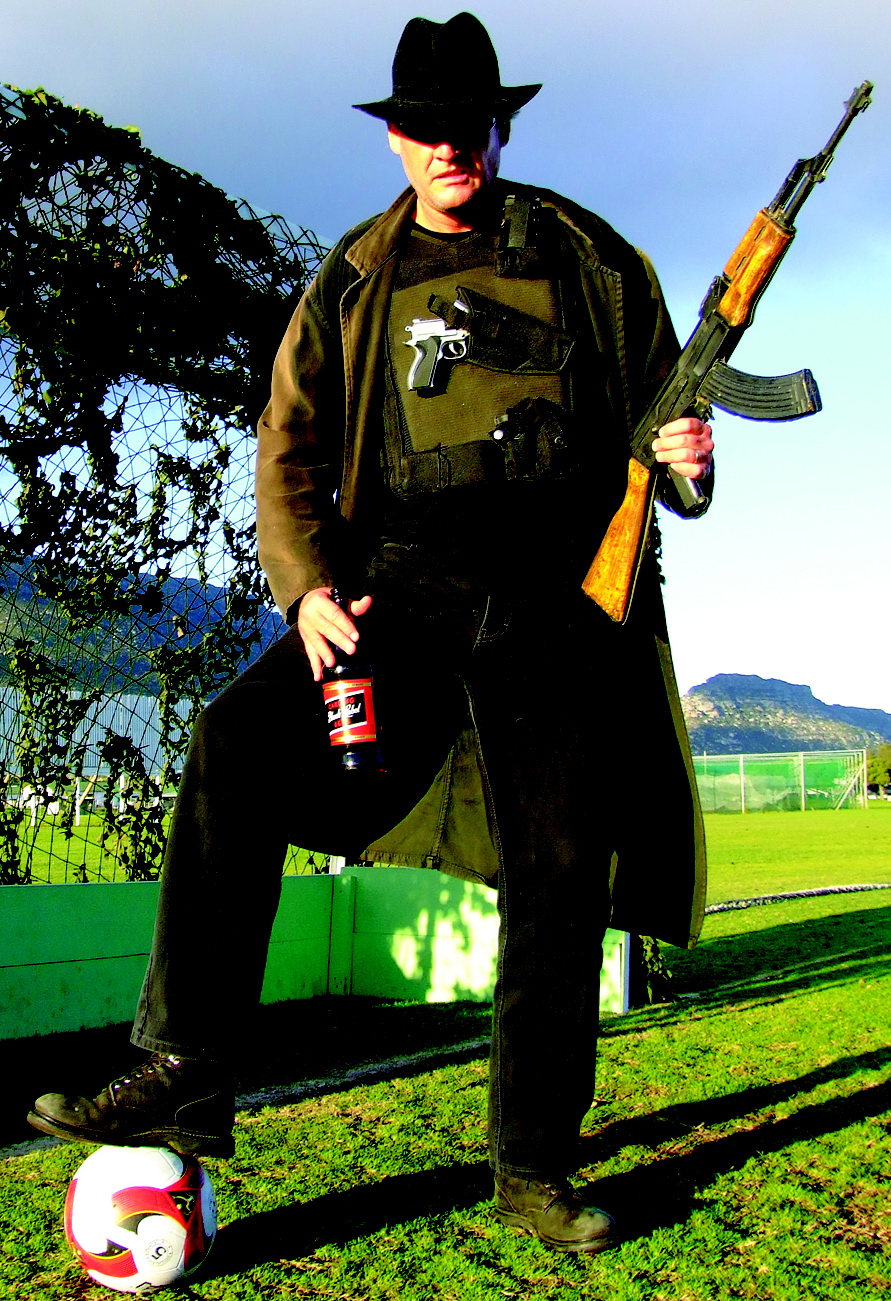 Today marks 18 years since the September 11 attacks on the World Trade Centre in New York. In 2011, Osama bin Laden was tracked down to his hideout in Pakistan and killed. I applied for the post shortly afterwards.

I understand a vacancy has opened up in your organisation and I thought it a good idea to get my application in early. From what I can gather, there is going to be quite a stampede for Osama bin Laden’s old job. Condolences, by the way. I’m sure he was a lovely chap and thoroughly undeserving of a bullet in the eye. Still and all. It’s an occupational hazard, is it not?

While I must commend your group on the great strides it has made in the business of crushing the depraved imperialist dogs of the West, I should point out that I will be making some changes once the job is mine.

I have asked around and many of my friends say they would love to join al-Qaeda. However, they are put off by the whole militant macho thing you’ve got going. They quite like the guns, but not so much the drab uniforms. I have to agree. Camo is so last jihad. You will be pleased to know I have convinced them that the wearing of robes is non-negotiable, although as a concession we may need to pretty them up with a sprinkling of silver and gold filigree. I suggest we model the new uniforms on the one worn by the Archbishop of Canterbury when he married those two gormless infidels the other day. Obviously we can do away with the silly hat. And yet I cannot help worrying about the effect turban-hair could have on morale.

While I intend keeping the art of torture, disembowelment and beheading as part of our training regime, I would like to incorporate a cardiovascular element. Aerobics is a fun way to meet fellow terrorists. The sessions could be conducted to a Lady Gaga soundtrack. Or even better, one of her music videos. That way the recruits would be reminded of why they are at war with America.

Although I am not of that persuasion myself, I do think al-Qaeda could benefit tremendously by encouraging gays and lesbians to sign up. These people have a lot to offer an organisation that prides itself on condemning those who disagree with their lifestyle. They don’t always condemn them to death, of course, but these are sensitive people and should be treated as such. The gays, by the way, will require regular breaks for sex. Many of them wither and die without it. To put these new recruits at ease, the training camp could perhaps have an Ibiza theme.

As al-Qaeda’s new leader, I will allow our members to drink. Not during working hours, obviously. Even I know that alcohol and explosives don’t mix. However, they will be permitted to let their hair down after a hard day of chanting revolutionary slogans and learning how to disarm an opponent with nothing more than 500kgs of Semtex. And since Sharia law makes provision for people to be stoned, the smoking of hashish will also be encouraged.

Speaking of hair, I am afraid the beards will have to go. If I am to modernise the organisation, facial hair must be sacrificed on the altar of style. I want our cadres to look as if they have stepped out of the pages of GQ and not off a Harley Davidson at a ZZ Top concert.

Obviously I will have to set the example, here. The world’s most wanted man has to be wanted by everyone – women as well as men – and if this means having a team of professionals grooming me around the clock, then so be it. It may take some time before I am ready to face the troops because I am married to a woman who has allowed me to let myself go.

Speaking of which, I will need the help of seven strong men to get Brenda accustomed to the idea of wearing a burqa. Once we have her wrapped up like a roti, the games can begin.

But first, I will need a codename. Osama would still be with us today if he had signed his name as, say, Britney Spears, when that courier from FedEx came around to the villa to pick up the weekly package of anthrax.

Only a lunatic would leave Durban to go to Cape Town on holiday at this time of year. In my defence, two hadedas have taken to roosting outside my bedroom window. I have tried to scare them off by throwing plastic patio furniture into the trees. They are still there. And I can no longer sit on the verandah. They are the antichrist of the avian world and nothing short of napalm will dislodge them. If I wanted to be woken at the crack of dawn by the sound of screaming, I would move to Joburg.

It was 26 degrees when I left Durban. I was wearing a T-shirt, boardshorts and slops. Given a choice, I would fly naked. Economy class is constrictive enough without adding to it by wearing clothes. Even shoes give my toes claustrophobia. Long pants cause me to readjust my tentacles more frequently than Jacob Zuma readjusts his cabinet. If it weren’t for the praying and the fasting and the random hostility from jingoistic infidels from the hinterland, I would convert to Islam just to be able to wear the robes.

I was given the choice of an aisle seat in the front of the plane or a middle seat at the emergency exit. Tough call. I have the legs of a giraffe, the body of a manatee and the central nervous system of a howler monkey. When it comes to flying, though, it’s really just the legs that dictate my decisions.

For me, the emergency exit is the Holy Grail of airline seats. Not only am I first out when the plane crashes, as they all do eventually, but I can sit without having my knees double as ear muffs. However – and it’s a big however – the prospect of being hemmed in by complete strangers comes perilously close to rendering the leg benefits null and void.

There should be special flights for misanthropists. I would quite enjoy flying if it were just me, the pilot and an air hostess. What I really should do, though, is learn to fly and pour my own drinks. How hard can it be? I’m already halfway there.

There should also be special flights for fat people. If Kulula can punish me with a R350 surcharge for having the audacity to arrive with two suitcases, the least they can do is make sure I don’t spend the entire flight with my arms in the T-Rex position.

And if I don’t get the lardaceous blimp, I get the baby. It’s even starting to look like the same baby. I’m beginning to think my name is on some kind of list. The instant I book a ticket, an alarm is triggered and word goes out. “He’s in 20A. Put the baby in 20B. No, wait! Put it in 19A so it can kick his seat and vomit on his head.”

Everyone around me ordered tea or coffee or a softdrink. What happened to the good old days when entire families would order a brace of miniatures and drink heavily from take-off to landing? Try that now and people look at you as if you’re a sales rep for al-Qaeda.

In their avaricious attempt to fit even more people onto their aircraft, they have reduced their toilets to the size of a bar fridge. To have something no more complicated than a wee, I had to arch my back and shuffle up to the bog like a goddamn limbo dancer.

Two minutes after walking out of Cape Town International Airport, three of my toes turned black and dropped off. A man dressed like a polar bear offered me something. It could have been a taxi, it could have been heroin. Whatever it was, I should have taken it.