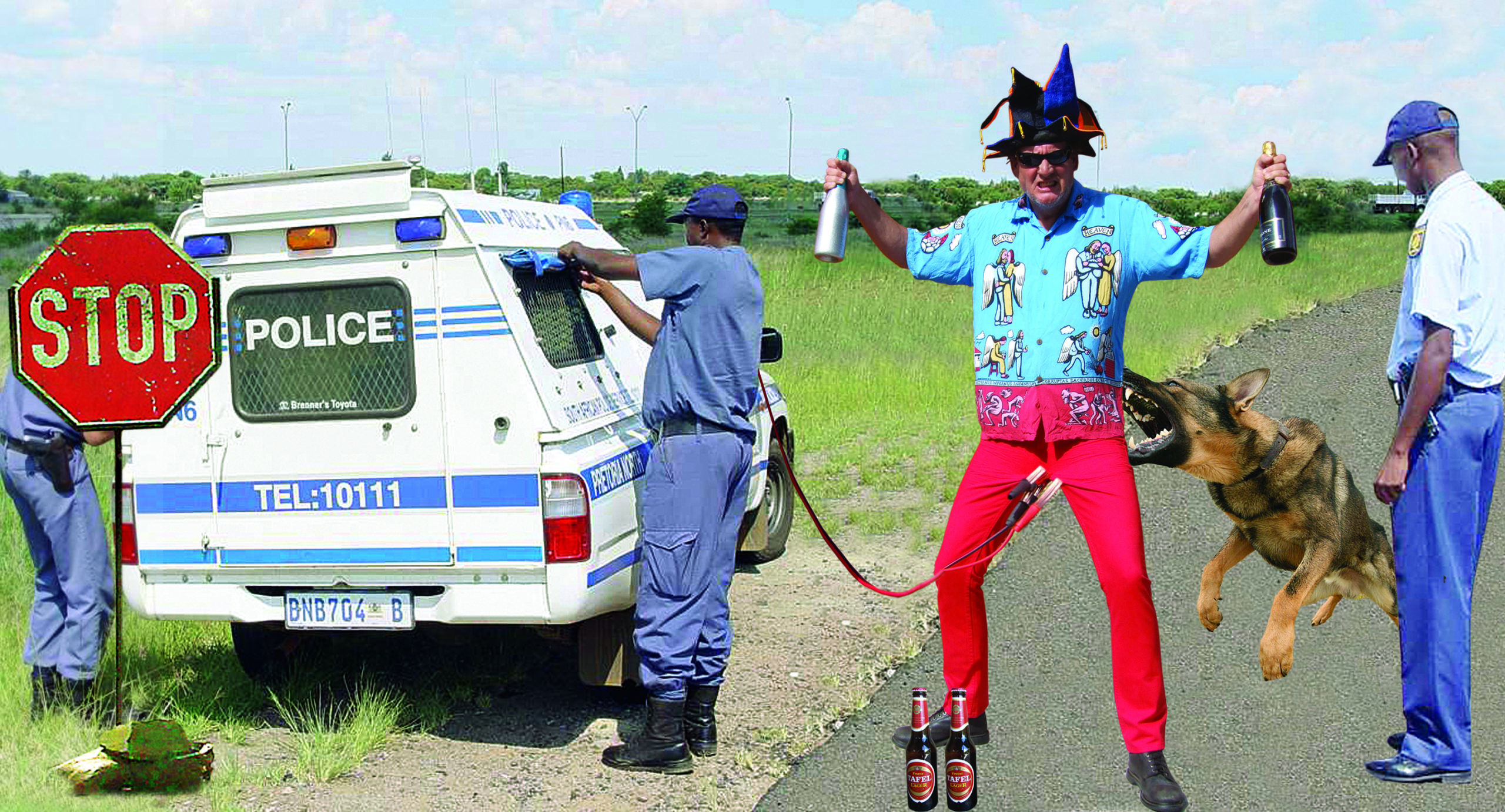 It was the headline that snagged my attention.

“Turn coffee breaks into beer breaks on National Take a Beer to Work Day”. What? Had I just woken from a coma and it’s 2071? Had South Africa finally turned into the paradise I always thought it could be? This was fantastic news. I have long been a big fan of drinking on the job and now it has its very own day, right up there with World Tuna Day, the one day of the year when we are encouraged to stuff as much endangered bluefin tuna into our faces as humanly possible.

But surely they didn’t literally mean a beer. Nobody has ever had just one beer. What’s the point in taking a single beer to work? That won’t do anything. It will only make you want more and you’ll end up doing something silly after getting your hands on a bottle of brandy and by lunch, you’re up on culpable homicide charges.

More worrying, though, was the fact that I didn’t have a job to go to. I work from home. And I use the word ‘work’ loosely here. For me, every day is Take a Beer to Work Day. As a true patriot, for me to properly celebrate this new national day I would have to go out and get a real job.

I lack the temperament to queue up with the other 7.8 million unemployed, so I crafted a sign that read, “Scribe for hire. I give good headlines” and took up a defensive position at the crossroads, down from the out-of-work plumbers, painters and neurosurgeons. There were no takers on the first day, although someone did throw a half-eaten hamburger at me, which was promising. The second day I packed a cooler box and declared it Take a Bunch of Beers to Looking for Work Day. It was a lot more fun and I made many new friends.

That night I took a closer look at the story. “National Take a Beer to Work Day was created by the much-loved beer brand Heineken 0.0 to bring extra fun into the average workday for beer lovers countrywide…” What fuckery is this? Alcohol-free beer is an abomination. I know because I went on holiday by mistake the last time the government went berserk and banned alcohol and I was forced to buy this uninspiring filth from a supermarket in a futile attempt to convince my brain it was the real deal.

Extra fun into the average workday? This suggests work is already fun and that zero-alcohol beer will simply add to the general merriment. It’s bad enough that politicians lie to us, but now the breweries are in on it? The only people I thought we could still trust? This is outrageous.

“Heineken 0.0 is encouraging go-getters countrywide to join in and get a fresh take on life…” The last time people were encouraged to join in anything was in July. “We see you,” tweeted Duduzile Zuma. And, lo, the go-getters went and got. Fresh takes all round.

Heineken’s treacherous plan involved handing out free zero-alcohol beers to people on their way to work. This reminds me of the time a gentleman in Amsterdam sold me a block of fake hashish. I was angry then and I am angry now. Well, I was a bit angrier then.

“Whether you are working from home or back at the office, everyone over the age of 18 countrywide is encouraged to enjoy an ice-cold beverage during their lunch break.” What next? Imposing age limits on eating pizza? And the draconian restriction to “lunch breaks”, whatever they are? This is nothing short of Stalinism by stealth.

“Heineken 0.0 is ideal for those moments in life when you want to enjoy a beer, but don’t want the alcohol.” I had to have a little lie-down after reading this, so triggered was my blood pressure. What the hell moments are these? First thing in the morning? If you’re the kind person who wakes up feeling like a beer, I’m pretty sure you’d insist on a little alcohol in it.

Apparently, this beverage can be enjoyed by “mompreneurs to business executives, DJs and chefs”. Yes, these are definitely the most critical jobs performed by people who need a steady hand. Surgeons, dentists and tattoo artists can go ahead and get rat-arsed during working hours.

This line had me clawing at my eyeballs: “Though Heineken 0.0 is an alcohol-free beer, it is not suitable for persons under the age of 18.” Truth is, nothing is suitable for these persons. They should be isolated in state-funded compounds and only released into the general population once they recover from adolescence. But why are they discouraged from drinking alcohol-free beer? Can you even call it beer? As far as I’m concerned, if it doesn’t come from the bacchanalian region of South Africa, it’s just barley-flavoured water.

The entire tragic story wraps up with the statement that Heineken “strongly shares the belief that when you drink, you should never drive”. So it’s a belief now, is it? Fine with me. I also happen to believe speed limits are mere recommendations.

I imagine you would have to drink at least 750 alcohol-free beers before you were unable to drive safely, and that’s only because you’d be covered in urine and throwing up from every orifice.