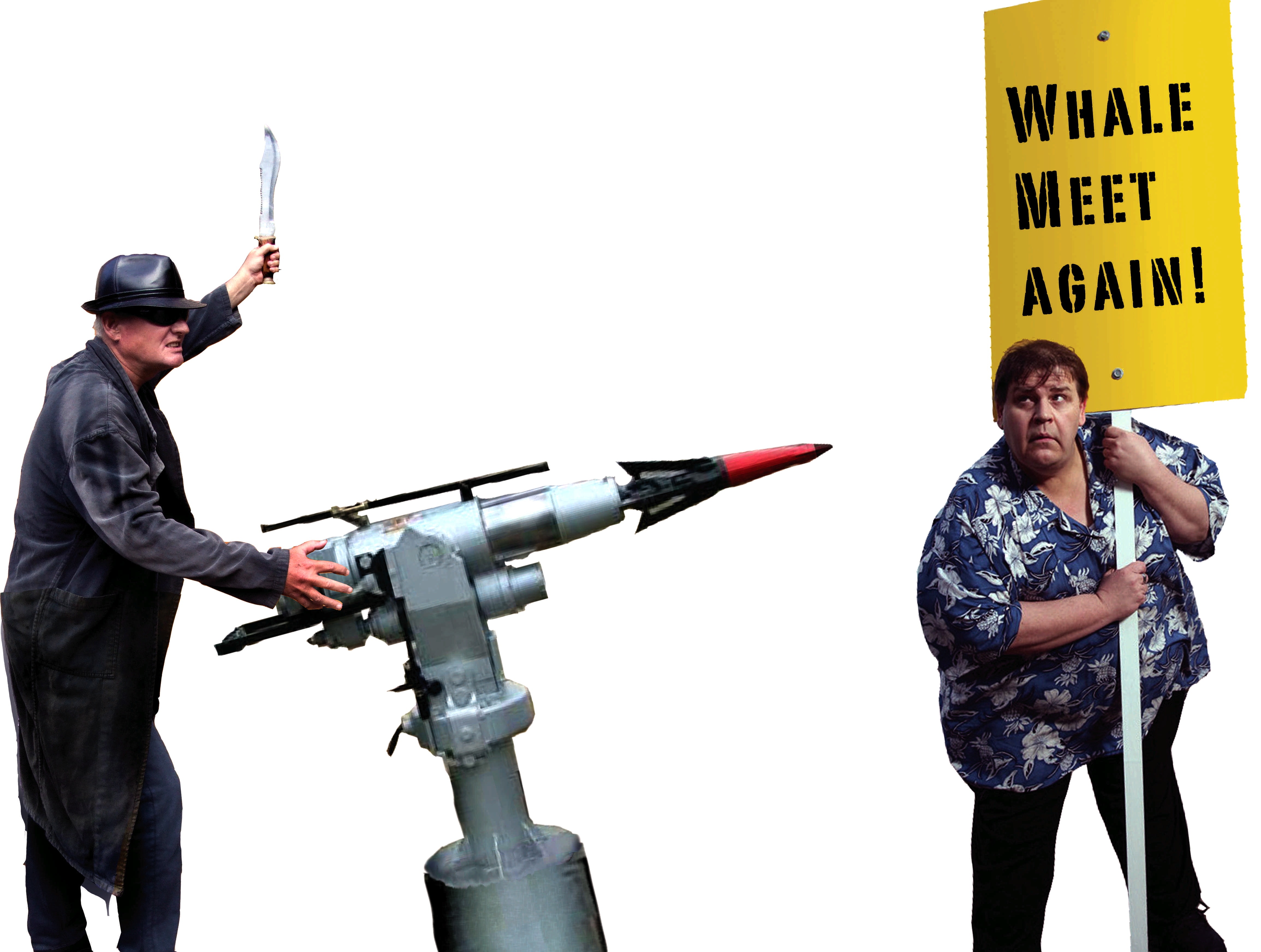 My mother always emphasised the importance of developing the mind. “Be careful what you put in it,” she would say. From a young age, it was my second favourite organ – of course I was going to look after it.

Then the internet was invented and, over a relatively short period of time, my fit, healthy mind degenerated into little more than a grey lump of meat fly-blown with feckless trivia and irrelevant inanities. I try to read as much as I can but the rot is irreversible and contamination continues apace.

I am, therefore, giving up on the mind. Hopefully, this will be a temporary state of affairs. Once you leave the mind to its own devices, it can either lose itself or take you to places you do not wish to be. Right now, it’s just not doing enough to earn its keep. Where are the brilliant get-rich-quick ideas? Stupid, lazy mind.

My attention will forthwith be focused on the body.

Wherever I go, people are talking about Tim Noakes and the Banting diet. Noakes is either Caligula’s cousin or the next Jesus. It all depends who you speak to. One thing’s for sure, though. If the sheep and the cows and the pigs ever get together, Noakes had better double lock his doors.

I’m a firm believer in high fat food. I’m also a firm believer in food high in carbohydrates. The trick is to buy plates big enough to accommodate enormous portions of fat as well as carbs. It’s a balancing act. Carbs on one side, protein on the other and a wodge of pudding in the middle. Maybe, on a side plate, a loofah for fibre.

Noakes says it’s fine if you eat an elephant for lunch. The mistake big-boned people like Khulubuse Zuma make is that they have a slice of toast with their elephant.

Acknowledging that it would take more than a high-fat, high-carb diet to get my body back to the chunk of chiseled marble it once was, I went out and bought a copy of Men’s Health magazine. I struggled to get it out of the plastic wrapping but, after a little lie-down, I felt strong enough to start turning the pages.

Cristiano Ronaldo is on the cover. Shirtless, naturally. The photo made me wonder what it would feel like to rub baby oil on his hairless chest. Nice one, mind. I leave you alone for a minute and this is what you come up with?

Ronaldo was surrounded by shouty pledges of bigger muscles, better braais and hotter women. “Are you the next MH cover guy?” Sure. Why the hell not? I’m taller than Ronaldo. And I beat him on the scales, too. By a good 20kgs. Also, I have blue eyes and speak proper English. Squeeze me into a pair of tight denims, varnish my hair and spraypaint my teeth and I reckon I’m in with a fighting chance.

The magazine gets down to it quickly. Right off the bat, there’s a competition. You can win a smartphone, a watch, a fragrance or a black man in a checked shirt and skinny jeans. A fragrance? Don’t men wear deodorant or, at a push, aftershave? Apparently not.

“With notes of lime, green leaves and dark liquorice, this is the perfect fragrance for the guy who feels like making a statement.”

I still remember the days when men who felt like making statement would strap explosives (with notes of nitroglycerine) to their bodies. Quite frankly, I don’t know what’s worse. The day that suicide bombers start wearing a fragrance is the day I check out of here.

The smartphone has “a floating arc design that makes sure it rests comfortably in one hand”. Unlike other phones, which often take two hands and the help of a bystander to hold comfortably. I think the “floating arc” reference might be a subliminal message to the people in Cape Town who are starting to believe that the rain will never stop and someone will build a boat and they will only be able to get on it if they have the right kind of phone.

Over the page, the magazine gives voice to a question that crosses my mind every morning. “How can I give my cereal a nutritional boost?” Noakes might suggest you mix a packet of bacon into it and put it through a sieve. Then give the cereal to the dog, wrap the bacon around a block of cheese and eat it between two slices of steak. Have a sack of offal for dessert. You’ll lose weight in no time at all.

A section called “guy food” tells me how I can punch up my brunch. No mention of magic mushrooms or hash browns made from real hashish. To their credit, they do provide instructions on how to make a proper Bloody Mary, which is nothing like the half a glass of tequila topped up with warm tomato juice I’ve been drinking all these years.

There’s a page on gardening. If you have a snail and slug problem, you’re advised to open a few cans of beer and sink them into the garden. Gastropods apparently love beer. “And when they go for a sip, they’ll slip in and drown.” Yeah! We don’t need no beer, let the motherfuckers drown! Drown, motherfuckers, drown! What a waste of beer. Wouldn’t tiny landmines be a better idea?

What the hell is this? The Guide to Denim 2014? Hello, denim? 1984 is on the line. It wants you back. Denim jeans are fine. You wear anything else made of denim and you deserve to be hauled before the World Court on crimes against humanity.

Right. I’ve reached page ninety-something and it’s turning serious. “Get shredded! Fast!” Growing up, when me and my buddies decided to get shredded, the day wouldn’t end with us joshing in the gym showers and flicking towels at one another’s bare bottoms. It would end in hospital. Or the police cells. Or face down between a pair of obliging thighs.

Now, if you want to get shredded, you apparently have to do deeply unnatural acts like the barbell squat, the bench press and the box jump. The “instructor” for this section is Leigh Halfpenny. A bit of a girl’s name, if you ask me. He plays rugby for a living. He’s not doing this because he thinks a hot bod will help him pick up chicks. He’s doing it because if he doesn’t have a tackle-smashing torso, he may well end up in a wheelchair because a Maori madman took a chunk out of his fourth vertebra.

Us normal blokes? We just want to be fit enough to have sex without risking cardiac arrest.

Terrible things can happen in gyms. Personal trainer Tara Gadre has her own horror story that she bravely shares.

“I was in my local gym on the weekend and a guy started chatting to me while I was on an incline leg press in the middle of a set!” I only hope security got there quickly and broke his arms before he could break Tara’s concentration.

There’s a whole page devoted to the sit-up. Inexplicably, they make no mention of alcohol. Many men will recognise the words, “Why don’t you sit up?” and “Just try to sit up” and “If you don’t sit up, I’m leaving you here.”

And a picture of a grinning muscle man selling an “efficient amino acid delivery system”. I will probably go to my grave never knowing what an amino acid is or does. Don’t get me wrong. Me and acid, we go back. But I’d rather not end up in a bar next to Rictus Ronnie with him talking amino and me talking lysergic.

As I neared the end of the magazine, a headline barked, “Who’s making you fat?” I didn’t even have to read the article. There are only two possibilities. It’s either the woman who cooks for us every night or it’s the slack-jawed mouth breather at King Pie.

Personally, I think it’s the ANC. The EFF will keep eating carbs until Jacob Zuma pays back the money. The longer he prevaricates, the fatter Julius Malema will become. And one day, when the NPA once again lets our leader off the hook, Juju will walk into parliament, ram a muffin into his mouth, give a muffled cry and explode. Even the backbenchers will be picking bits of red onesie out of their hair for weeks after.