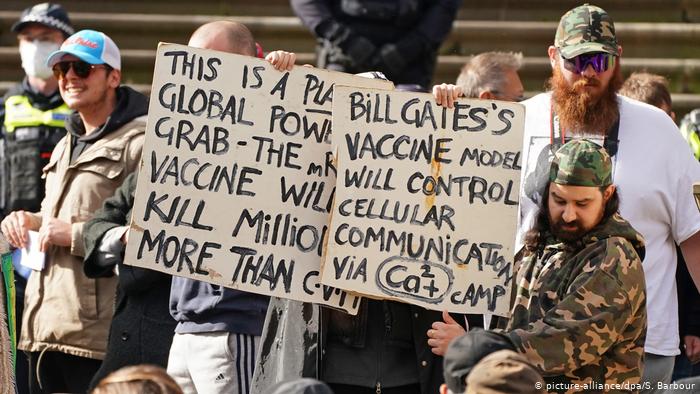 It’s astounding how much this so-called pandemic has revealed about the way people behave during a crisis. The compassion. The solidarity. The gibbering, eye-bubbling lunacy.

I watched a clip of mostly white people in Cape Town holding a “rally” to … I don’t know. Does it matter? One doesn’t really need to add anything to the phrase “white people protesting in Cape Town” because in the scheme of things that matter, it ranks several notches below Should Dassies Be Allowed.

These people make satire impossible. They are doing my job for me, and badly at that. Many are of a certain age. They grew up in a time when white people were assured of a decent education. I went to a government school in Durban North. Once I had learned how to read and write, I had no use for the rest. I could have left school at the age of seven and, all these years later, you would have found me sitting in this very same bar. Okay, perhaps not this particular bar. But a bar somewhere. Unless, of course, I had made even worse life choices and was, in fact, dead. Or wealthy, yet morally and emotionally dead. In which case I’d probably own the bar.

So what happened to these people? Even if they did get a government education in a school worse than mine, it was still a reasonably good education. The National Party made sure of that. They would have learned how to spell, discovered that the earth wasn’t flat, and been able to tell the difference between, say, a volcano and a hamster.

So now, when these grown-ass people stand up in public and say Covid-19 is a hoax aimed at world domination by, I don’t know, Gila monsters, I can’t help wondering what happened to their brains between then and now.

A certain percentage of people will sustain blunt trauma to the head during the course of their lives, but this is almost as if they were all in the same shop when the roof collapsed and their doctors later released them into the care of their families saying, “There’s not much we can do. Keep them calm. Don’t let them read newspapers or go on the internet.”

Next thing you know, they’re among us. Shouting through loudhailers about how Cyril Ramaphosa is an iguana and vanilla custard is a plot to sterilise white men.

It takes a lot for me to be alarmed, but when I hear what these people are saying in front of a television camera, out on the street, I make sure the guns are loaded and the hounds unleashed.

I can’t be accused of academic elitism or snobbish intellectualism because, as I said, I went to a government school. They didn’t come close to teaching us how to be critical or analytical thinkers. I escaped with a matric certificate. If it wasn’t for the fact that my mother took me to the library three times a week, I’d probably be lining up for a fake Rolex after retiring from a career on the railways.

Perhaps I’m being unfair. Belief in conspiracy theories is not always confined to the less-educated. Personality type also plays a part. These people are usually suspicious of conventional wisdom and authority. I’m with them on this. Well, maybe not the wisdom so much. But show me a figure of authority and it’s all I can do to stop making a petrol bomb, except petrol is too expensive so I make it out of tequila instead, add a dash of orange and before you know it, I’m reaching for a tiny paper umbrella and then it’s a quick lie-down next to the pool to plan my next move. Which invariably involves making another tequila bomb.

At the Cape Town “protest”, a swivel-eyed man held up a sign reading, “Media is the virus.” Who comes up with these slogans? Has there ever been a time when someone was watching the 8pm news when they suddenly erupted in angry welts, began frothing at the mouth and ran down the street biting people in the face? If the media is the virus, then what does that make the actual virus? Oh, right. It doesn’t exist. It’s all a construct of the toxic press, disseminating filthy lies in the hope of … what? Taking over the world? Journalists can barely get to work on time.

Another read, “Fear is the currency of control.” Know who the real fraidy cats are? Conspiracy theorists. They tell us the Covid-19 vaccine contains a tracking chip, mobile telecommunications towers are controlling our thoughts, condensation trails left by aircraft are deadly chemicals, 9/11 was an inside job, George Soros is a shape-shifting reptile controlled by Bill Gates. If I believed this sort of stuff, I’d also be terrified.

Then there was the placard that said, “Cape Town will not take the mark of the beast vaccine.” To be fair, our increasingly unstable Chief Justice Mogoeng Mogoeng has to take some credit for that piece of work.

A snaggletoothed harridan with a sign saying “Stop 5G” picked up a bullhorn and screamed, “Covid-19 stands for Confirmation of Verification ID. The 1 is A for Artificial and 9 for Intelligence. We will not be manipulated by the government of this world!”

A bald middle-aged biker dude with shades and leather jacket said: “We’ve been in crowds, we’ve gathered since last year April… so logic dictates if this kills you, one of us should be dead, and we’re not.”

It’s like stumbling into a village composed entirely of village idiots.

Forget AstraZeneca – break out the Haldol and Thorazine. What we need are teams armed with dart guns roaming the suburbs, firing powerful antipsychotics into these loons.