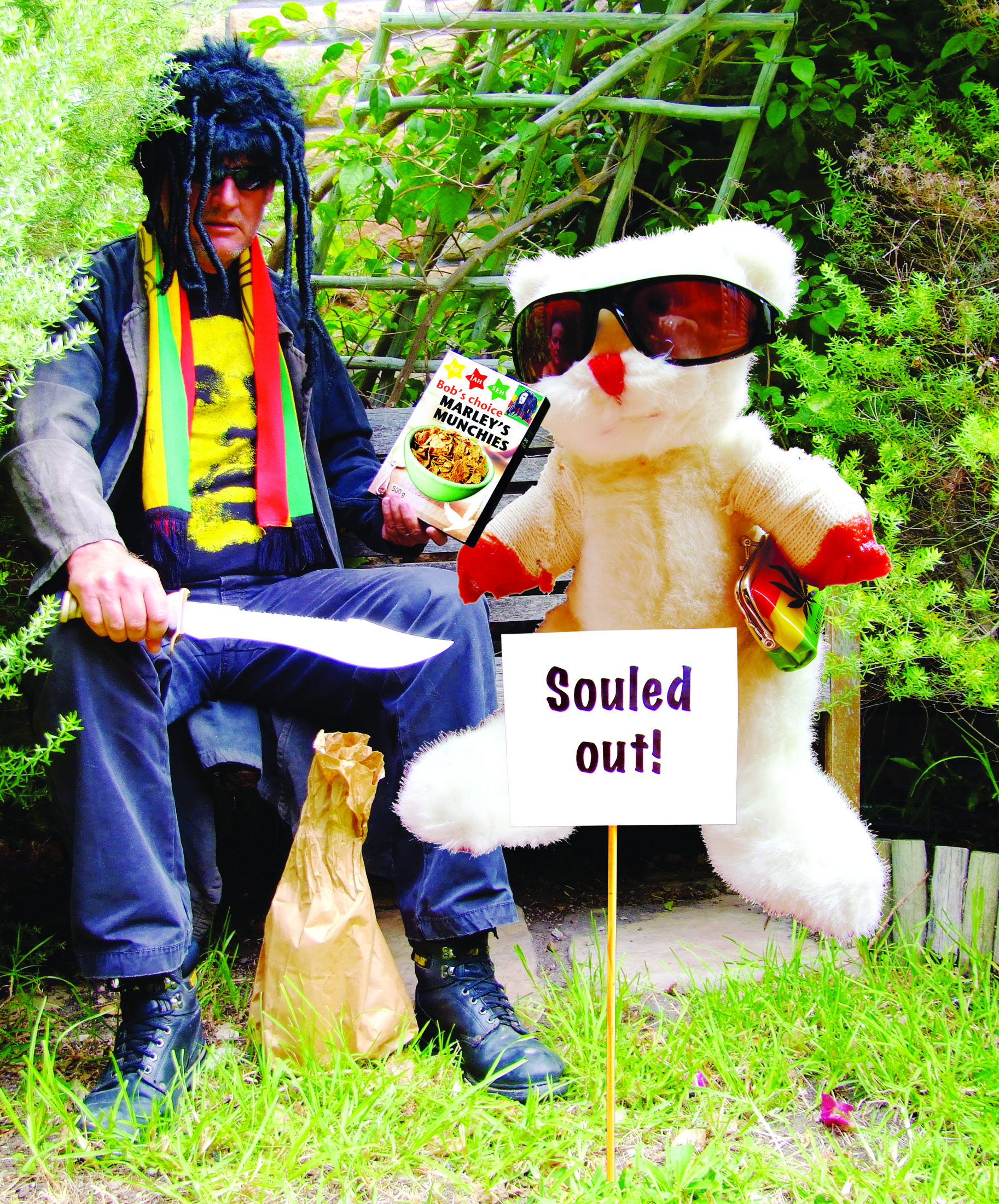 I feel sick when I think of all the people selling their icons for a bag of cash and a pound of power. More than 150 million plastic crucified Jesuses are pumped out each year. Cuba sells Che Guevara lollipops. Even the ANC once got Nelson Mandela to publicly endorse Jacob Zuma, a man who, in the old days, would have been tracked down by bounty hunters and brought in dead or alive.
Now, the family of the late, great Bob Marley has launched what they describe as the world’s first global cannabis brand. It will be called Marley Natural and will come in a range of different strains, cannabis-infused lotions, creams and various accessories. The new brand is being developed with Privateer Holdings based in Washington State.
So the family has finally decided the prophet needs to turn even more of a profit. Here’s what I expect we can look forward to in the near future.
I Shot the Sheriff – an Xbox game in which a posse of downtrodden Rastas must move 500kg of weed from Montego Bay to Miami without getting caught by heavily armed cops on the take.
One Love – weed-flavoured condoms in a range of red, green and gold.
No Woman, No Cry – a range of environment-friendly inflatable dolls.
Lively Up Yourself – tetrahydrocannibanol-based anti-depressants.
Misty Morning – toilet sprays that smell like the inside of a bong.
Positive Vibrations – a range of sex toys designed to resemble the smokeable heads of a dope plant.
Rat Race – a board game in which players have to score from a natural mystic, ride a horse called Natty and avoid being converted by stiff-necked fools.
Stop That Train – a range of hemp T-shirts aimed at rail commuters who are always late.
Turn Your Lights Down Low – a marketing jingle for Eskom.
Small Axe – a pocket-sized skunk-scented deodorant that attracts women and repels police.
Soul Shakedown Party – a virtual reality computer game with Rasta avatars who buy and sell the corrupt souls of crazy baldheads in a natural mystic place called Rainbow Country.
Ambush in the Night – a range of bulletproof hemp jackets designed for South Africans who work later than 6pm.
Burnin’ and Lootin’ – a range of affordable weapons for the poor.
Mr Brown – a restaurant chain that doesn’t allow white people.