The Americans sent men to the moon in 1969 but we can’t work out how to put our traffic lights on a separate circuit.

And now, on top of the electricity shedding, there’s water shedding.

Stop complaining. This isn’t Syria. If you don’t like it, emigrate. You needn’t go far. I’ve just got back from the Mozambican fishing village of Tofo. They never have power cuts. And when you turn the tap on, water comes out. Okay, you probably shouldn’t drink it, but their beer is so cheap and yummy that you don’t have to.

Funnily enough, not that it’s remotely funny, those who will find it easiest to survive is the generation or two that know their way around candles, paraffin stoves and river water. It’s as if the National Party helped prepare them for today.

In times of crisis, people pull together. It doesn’t happen here, but I’m sure it does in other parts of the world. Here we turn feral, snarling and lashing out at anyone who doesn’t talk or look like us. Or drives a Volvo. This is as it should be.

Motivated purely by altruism and definitely not a desire to profit from misfortune, some companies are taking to the Internet with tips on what to do when the lights go out and the taps run dry.

Many of these helpful hints seem to be aimed at people who were raised by wolves and who are only now learning to live among humans. One website provides examples of “non-electrical illuminating devices”. What luck. I would never have come up with torches and candles on my own.

It also suggests that you invite friends over and build “a nice old-fashioned bonfire” after which you can “play charades or cards or even share ghost stories”. Yes, playing charades during load shedding is a brilliant idea. “I’ve got it! You’re … hello? Are you still there?” As for terrifying stories, just read the front page of any one of our daily newspapers.

“You could even pass the time by having long conversations with your friends or engaging in political debates.” Talking in the dark? What a revolutionary concept. I wouldn’t, however, recommend initiating a political debate in a room where you can’t see anyone’s hands. Not in South Africa.

“You could even use the fire to cook.” Really? I always thought fires were only good for warming one’s goolies and spitting into.

“You could even host a ‘dance in the dark disco’ if you have the right equipment, such as cell phones, iPods, mp3 players, laptops, and especially battery-powered speakers.” First, you can’t have a disco without a glitter ball and someone selling ecstasy. Second, load shedding is a reminder of the future that waits like a ravening beast from hell. Nobody but crazy people, morphine addicts and small children should, when the power fails, be in the mood for flailing about the lounge while Stayin’ Alive claws its way out of a Nokia 1200.

Then there is Solidariteit. These shrieking liberals have come up with what they call a Noordplan: 2 Weke Sonder Eskom. Their emergency plan is not yet available in English. It’s almost as if they only want Afrikaans-speaking people to survive two weeks without Eskom.

Their tagline reads, “Doen jou eie ding.” The hippies have been saying this for years. Do your own thing, man. Far out. It’s good to see the reactionary right finally catching on.

Their plan appears to be based on Armageddon as imagined in the Pythonesque Book of Revelation. Stockpiling of the kind that hasn’t been seen since Nelson Mandela was released comes highly recommended. You will also need to test a few alternative routes between work and home. I don’t know why. Perhaps they have inside information that Satan intends sending his devil mole-souls to burrow beneath our major freeways and collapse them at rush hour.

And, naturally, this: “Keep a weapon on you. It can be anything from a gun to pepper spray.” I don’t know about you, but I want a gun that first shoots pepper spray and then, while the suspect is screaming and scrabbling at his eyes, shoots a bullet into a part of his brain that turns him from a psychopath into a poet. That would be awesome. Unless the bullet clipped the wrong synapse and turned him from a poet into a psychopath. What the hell. Violence isn’t an exact science.

Solidariteit also suggests we get a two-way radio to stay in touch with our neighbourhood watch. Imagine if one day someone invents a communications device that makes walkie-talkies obsolete. Yes, I know this kind of heretical talk can get an oke burnt at the stake. But still. One can wonder.

“Connect with a local community structure.” They suggest Afriforum. There’s no mention of the ANC Youth League.

“Make sure everyone in the family has enough to drink.” This is the best part of their plan by far. A family that drinks together stays together.

“Be frugal with your money and draw extra cash if you still can.” Where the hell are we now? Greece? There are also other things besides money that you can use to acquire stuff. They suggest using cigarettes to trade. How very poor white. When trading with the natives, I suppose one can use shiny beads and packets of salt.

To relax, you can “go through old photo albums”. Perhaps this is how some cultures relax, but I can’t do it without crying like a baby. Or you can “repack boxes of old stuff”. That’s got to be a barrel of laughs. I shall try it when I tire of putting scorpions down my trousers.

Okay, that’s enough about the lunatic fringe. I have some tips of my own.

Most importantly, be prepared. “Be Prepared” is also the motto of the Boy Scout movement. I don’t know what the motto of the Girl Guides is. Probably “Be Careful”. It was in 1907 that Robert Baden-Powell came up with the idea of dressing young boys in tight khaki shirts and shorts and taking them off to remote areas to “camp”. No wonder he said they should be prepared.

Let’s not get distracted. In the context of Eskom and other shadowy organisations that control our resources, we need to be prepared to go without. It’s only going to get worse now that god won’t make it rain and the regulatory body has refused Eskom’s request for a 25% increase in tariffs. They’re going to be sulky and vindictive and will lash out willfully when it comes to pulling the switches. I don’t know what god’s plan is. There’s a very good chance he doesn’t have one.

Some say you should keep a torch handy. That’s rubbish. These are the kind of people who are afraid to drink and drive and look before they cross the road. Torches are gay. Live dangerously. Buy a box of matches and a dozen military flares. You’ll need a flare gun or a good throwing arm. A flare will light up your entire street, making you popular among those of your neighbours whose homes survive the fire.

Some people think candles are romantic, but they’re not. Candles are only romantic if they fall over while you’re passed out and they set your house alight, allowing you to collect a huge insurance payout and move to the Bahamas where you fall in love with a dusky heiress to an oil fortune.

I’m with Solidariteit on the need to stockpile, but don’t stop with koeksusters and cans of meatballs in spaghetti. Stockpile diesel, wood, Cornish pasties, beer, Nik-Naks, ice creams, dope cookies, coffee, cheese, cigarettes and adult nappies. Open a pop-up shop and sell everything for ten times the price you paid. Use the money to set yourself up in a country with a future. Botswana, maybe.

Water shedding really hit home when I got an email from the body corporate this week. It’s the words everyone who lives in a complex dreads hearing. “Please accept that you will not have a blue pool until the water crisis is over.” What? This is an outrage. White people need regular access to clean, swimmable water or they will shrivel up and die.

The second hammer blow came when I went for breakfast in Ballito and asked for a glass of water to pacify my hangover. The waiter shook his head sadly. “No water. Too dirty.” I tried explaining that no water was too dirty for my condition but his face grew even sadder.

So what you need to do, then, is keep water purification tablets handy. When your water gets cut, crush the tablets, mix them with a little tobacco and smoke them. It can’t hurt to try. Maybe it can.

Also, get your hands on as much psychotropic medication as possible. The solution to the energy and water crisis lies in selective serotonin re-uptake inhibitors. We’re all going to have to remain calm. Very calm.

When it comes to comestibles, milk will keep longer if it stays in the fridge. Who cares? Unless you’re a baby cow, get rid of it. Leave it out for the burglars. They love milk. Especially the cat burglars. Gin kept in the fridge tastes so much better and will keep way longer than milk. 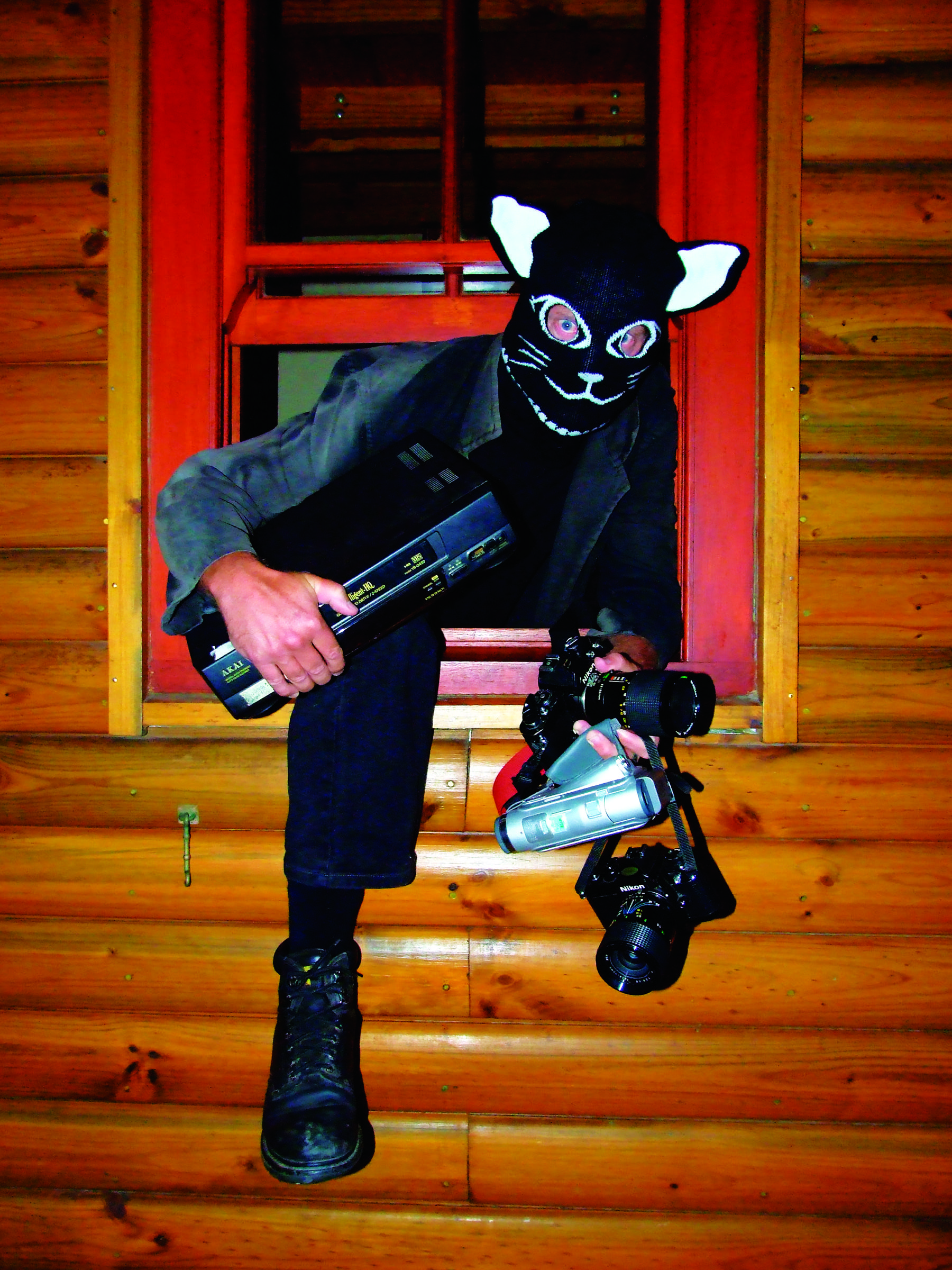 Fresh food will rot so you need to grow your own. If you plant potatoes, sugar cane, agave cacti, poppies and coca, you will never run out of vodka, rum, tequila, heroin or cocaine. I’m not advocating you take drugs. I’m just trying to help us all get through this bad patch. If it even is a patch.

Water restrictions mean you will not be able to wash your car, clothes or body. Be prepared to be filthy. Since I am currently unattached, I don’t have a problem with filthy. This might be the reason I am unattached.

If you absolutely have to wash, buy one of those outdoor showers from a camping shop. Hang it from a tree in your garden. If your neighbour complains, hang him from a tree in his garden. Everyone will think it’s suicide. The way things are headed, there’s bound to be a lot of that going around.

Washing dishes will no longer be an option. I went for lunch at my father’s house in Durban North last weekend and discovered that mongooses are meticulous plate-cleaners. When they’re done, all you need do is pack the crockery away and go for a rabies shot. 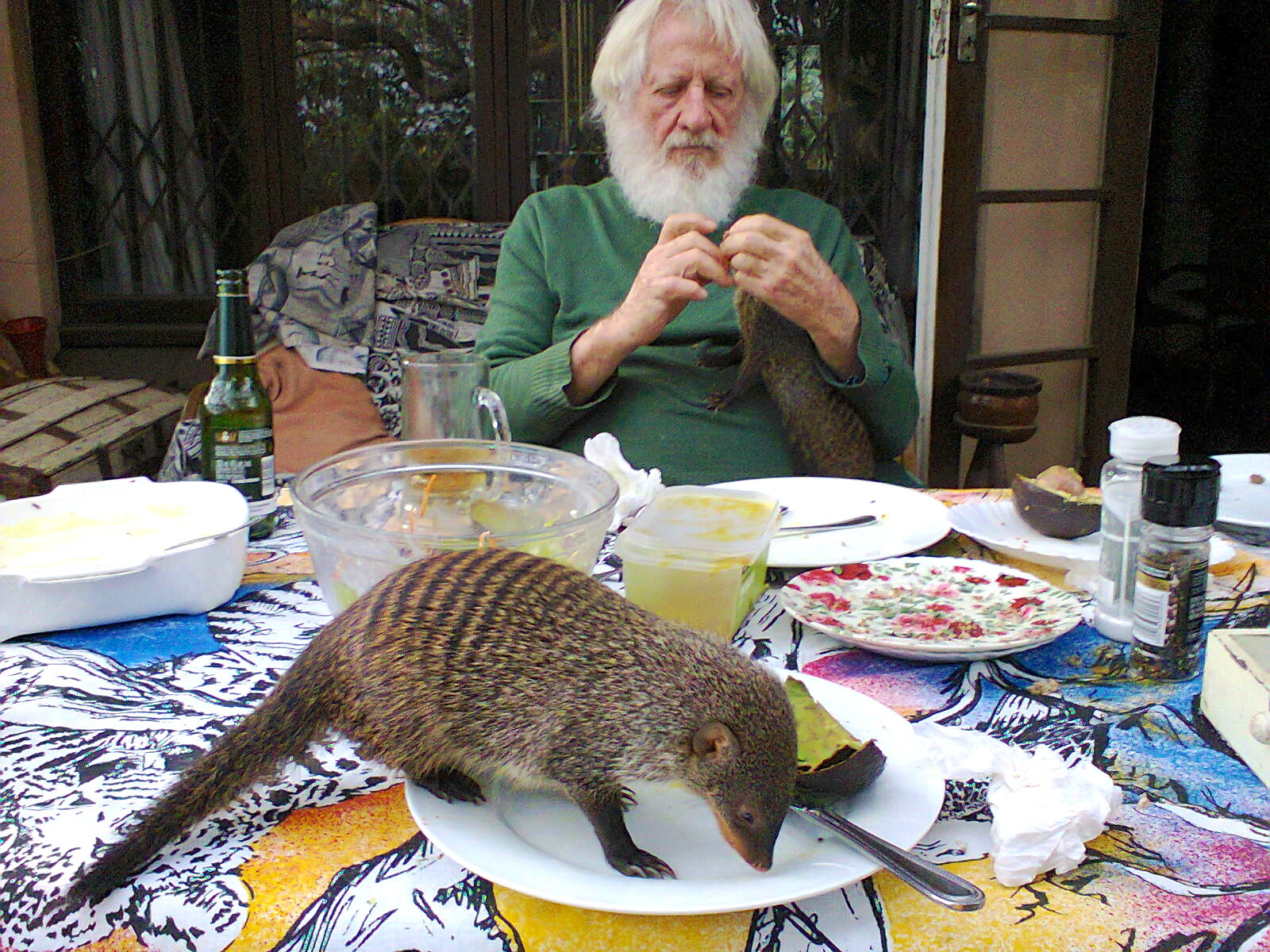 And there won’t be water to flush your toilet, either. Your options are limited. You could take 500g of Imodium every hour, dig a pit latrine or buy a dog suit and take a dump out on the pavement. I’m going with the dog suit. It’s going to have to be a big one. I’m thinking Irish Wolfhound. And if the brak from across the street tries to mount me, well, it’s been a while. Right now I’ll take what I can get.