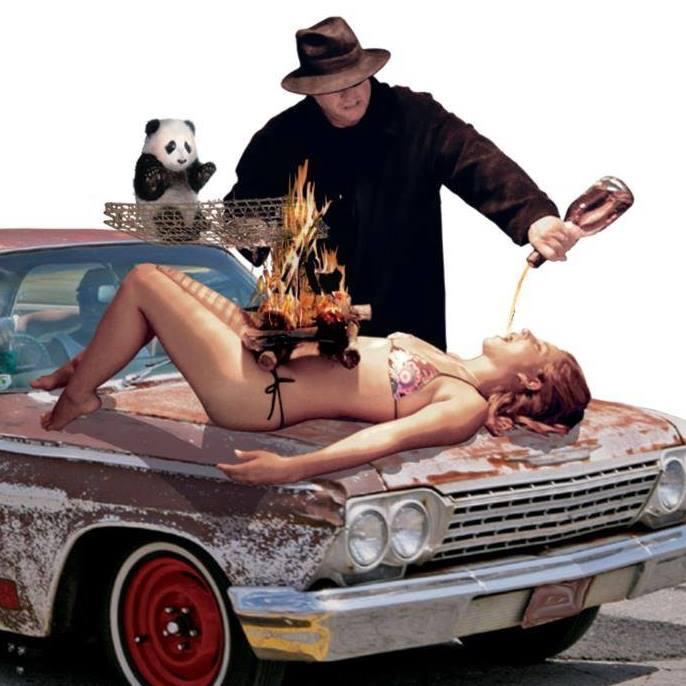 I went to a braai on Saturday night. It was either that or give heroin a try. The house was full of normal people with normal faces and normal jobs. I should have gone with the heroin.

Braais aren’t what they used to be. It could be a generational thing or maybe it is location-sensitive. It could also be organised religion up to its old killjoy ways. Put any six people around a braai these days and at least one of them will be offended if you happen to shout, “Jesus!” for any reason other than being spontaneously suffused with the glory of God. Even if your flaming sambuca has set your hair alight. It’s epiphany or nothing.

Braais used to be things you went to so you could relax. I have been to braais so relaxed that it would be way past midnight before anyone remembered to light the fire. Or buy the meat.

Many of our braais simply turned into fires, some of which burned out of control for days. Our braais were an opportunity for friends to let their hair down. Or dye it purple. Or shave it into a mohawk.

The women weren’t in the kitchen making salads. They were staggering about the garden shrieking like lunatics and chucking tequila down their throats. The children, bless their black little hearts, were kept busy rolling joints for the grown-ups. It all worked very well. Until someone with a heart murmur would arrive with a bottle of amyl nitrate.

This braai I went to was attended (in the old days it would have been invaded) by your common-or-garden SABS-approved types. Creative accountants, financial advisors who lie for a living, paunchy tax evaders laughing the loudest, property developers with blood on their teeth, doctors milking the medical aid system and sweaty divorce lawyers fresh from bayoneting the wounded.

Once the chops are down, the talk turns to crime. Or rugby. Same thing, really. As far as I’m concerned, rugby is a crime. “Ja ay, speaking of the Stormers getting robbed, I know this oke down the road that got hit by a bunch of them who cleaned his house out and then sommer ironed his face.” Disgruntled domestic workers, probably.

The stories get wilder. It turns into a game of oneupmanship. I take the gap. “That’s nothing,” I shout. “A dingo ate my baby!” It was the wrong moment to lose my balance and almost knock the braai over, but I think my point was made.

I bet when cops braai, they talk about the books they’ve read and argue about what Descartes really meant when he said, “Cogito, ergo sum.”

The fire appeared to be dying so I began throwing bits of scrunched-up newspaper onto the coals. Those who take their braais seriously put this kind of behaviour on a par with paedophilia. Rather than getting a braai fork through the throat, I wandered off and read the newspaper instead.

It was a community paper, a mine of useless information swaddled in lashings of sunshine journalism. Under the headline, “Safety in North Durban”, residents shared their views on the darkie problem. They don’t call it that, of course. They call it the crime problem. It’s a delightful euphemism that helps keep accusations of racism at bay.

Here’s a good one: “I feel unsafe knowing KwaMashu, the crime capital of South Africa, is on our doorstep.” I imagine her, sitting at her William IV mahogany writing table in her horrible house dress and sensible shoes, dashing off one outraged letter after another in the hope that someone will take notice and move KwaMashu a little further to the north.

Madam, I do not know what your name is, but I shall call you Maude. It rhymes with bored. Which, I assume, is what you have been ever since your husband left you for someone who didn’t hear intruders in the house seventeen times a night.

If you are looking for someone to blame, Maude, which I expect you are, then may I suggest you follow the lead of our former president and blame apartheid? Prior to 1958, a not-inconsiderable number of Africans lived in Cato Manor, a safe distance from suburbia.

When the arch-liberal Hendrik Verwoerd came to power, he heard about the plight of these people and created an entirely new town for them. He called it KwaMashu – Place of Indescribable Beauty.

In a speech he made at home on a Saturday afternoon before going across the road to watch an international rugby match between Transvaal and the Orange Free State, he said all Africans deserved their place in the sun. Now, thanks to fifty years of deforestation, they have it.

Hold on. Where is this information coming from? Wikipedia has a completely different version. They claim the township’s name means Place of Marshall, in honour of Sir Marshall Campbell. An English settler, he was partly responsible for covering most of Durban’s hills with sugar cane.

We also have him to thank for introducing rickshaws to Durban. Without having a black man to pull me around, I would never have gone anywhere as a child.

Sorry, Maude. Got a bit carried away there. That was a rickshaw joke, in case you didn’t get it. So. What are we going to do about your problem, then? Either we move KwaMashu or we move your doorstep. I imagine you aren’t keen to move, and rightly so. I have no doubt you were living in your house long before the Nguni-speaking upstarts swarmed into the area two thousand years ago.

I am offering to spend the next couple of days driving through KwaMashu with a loud-hailer fitted to my roof informing half a million people that Maude of Durban North has requested they disperse in an orderly fashion to a place that is nowhere near her home.

These people will listen to me, Maude. I am known in these parts as the Zulu whisperer. Zulus are shouters. When you whisper they become confused and follow you, if only to find out what the hell it is you’re saying.

If all goes well, Maude, you will be able to safely leave your house by the end of the year. Just imagine – Christmas lunch next to the pool instead of in the fortified panic room!

Someone else wrote, “I can’t even pop down to the shop to buy bread without worrying if we are going to be caught in a robbery. What is happening? It’s like the devil has discovered Durban all of a sudden.” Don’t be ridiculous. The devil discovered Durban a long time ago. Why do you think it’s so damnably hot? And have you seen the city centre lately? If that isn’t hell, I don’t know what is.

Someone else wrote: “They aren’t scared of dogs either!” What? This is terrifying news. “They” have always suffered from cynophobia. Dogs were our last line of defence. Now what do we do? I’ve got it. I bet They are still scared of water. Dig moats, people! Dig for your lives!