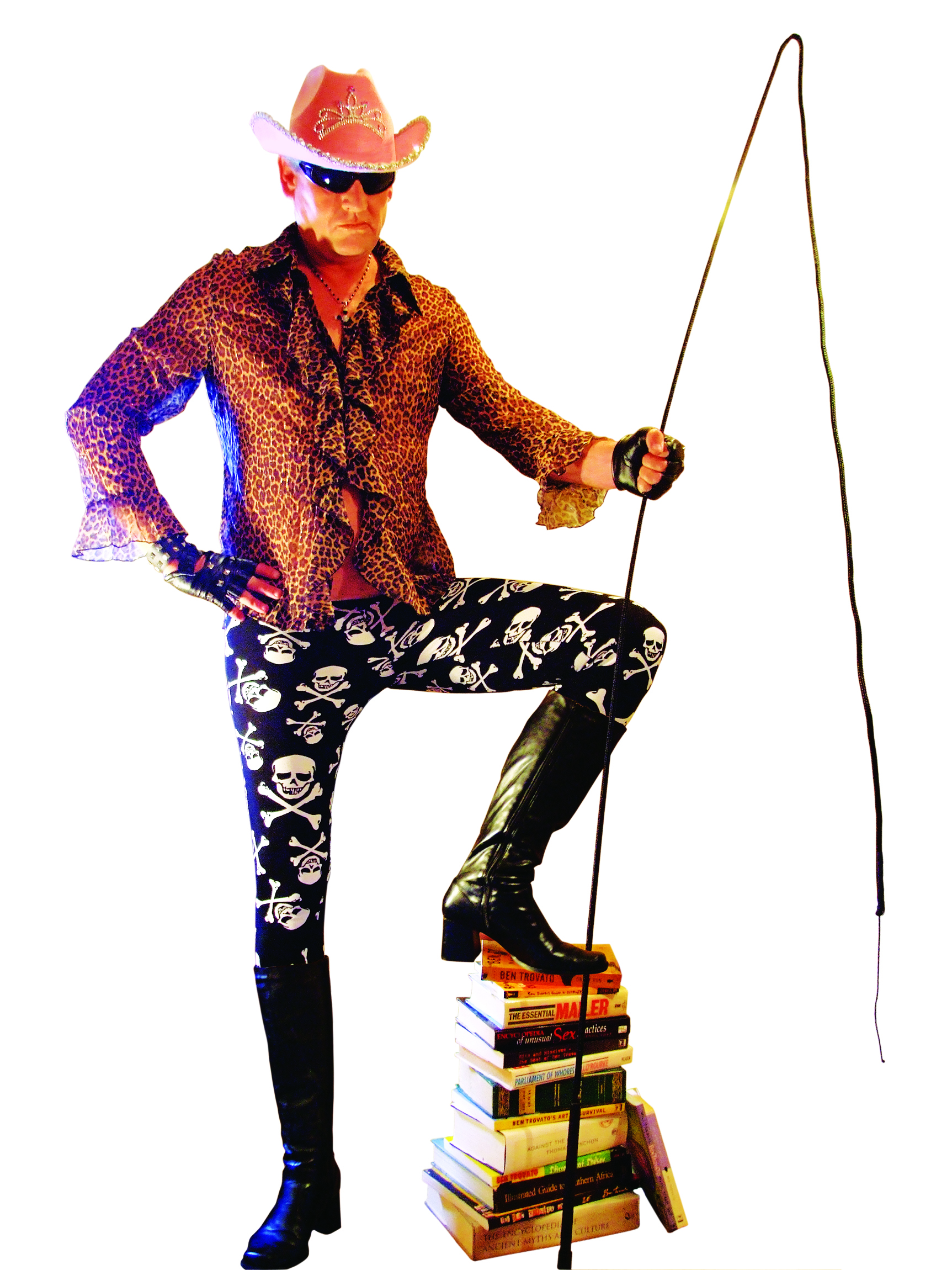 My old mate Ted dropped in unannounced the other day, an offence punishable by extreme violence. He said he didn’t have time to make an appointment with someone who last answered his phone in 2014. Even though he brought four cases of beer to soften the blow, it wasn’t enough. Within an hour, a colourful bruise had developed in his ocular region.

He seemed unhappy, even being familiar with the rules. “Punching is passé,” he said. “Why can’t you slap like a real man?” This was a new development but I had no good reason to disbelieve him so I apologised and promised that the next time would be different.

Speaking of new developments, Ted said this wasn’t a social call even though heavy drinking would be involved. He said he wished to discuss matters of a scientific nature. “Perhaps more biological,” he said.

He had come across a post on social media written by a well-known author (not JK Rowling) a week ago. This is, in part, what it said: “Yesterday, my daughter Haris came out as transgender. I’ve never been prouder of her.” Attached was a photograph of Haris.

“You will agree that, er, it’s very pretty, yes?” I took Ted by the throat and gently explained that “it” is not an acceptable term to describe these people. “You looking for a terf war?” Ted wriggled free. “But ‘these’ is okay?” he shouted. At this point I wasn’t even sure we were still speaking English.

“Anyway,” said Ted. “The word ‘it’ is a pronoun and trans people love their pronouns.” I let the sweeping generalisation slide and informed him that ‘it’ is not a real pronoun. Beer spurted from his nose.

“It is a singular, neuter, third-person pronoun,” he said.

“You can’t say ‘neuter’,” I fired back. “Save that kind of bigoted talk for dogs, you filthy animal.”

One of Ted’s many problems was that he couldn’t tell if Haris was the writer’s daughter who had become his son or the other way around and he needed my help. I had to agree that the wording was confusing. It seemed simpler in the old days. If he’d said his son had come out as gay, we’d know what he meant. Transgenderism has muddied the contextual waters, and I mean that in the most respectful way. Please don’t destroy my life.

We scrutinised the photograph for clues and unanimously agreed that Haris, being dark of eye and plump of lip, was very attractive for both a woman and a man. “Pretty damn hot,” murmured Ted. I doused him in beer and told him to get a grip.

Haris did look considerably more female than male, it must be said, regardless of what she started out as. She is wearing a slinky, strappy top, an understated chain necklace, a bracelet and earrings. Her long, luscious black hair cascades over a slender, bare shoulder. Her gorgeous head is cocked to one side with an expression that makes Mona Lisa seem like a wanton strumpet.

“Not exactly voluptuous,” said Ted. “That means nothing,” I said. “Some of my girlfriends had chests flatter than a surfboard.” Ted pointed out that my first girlfriend actually was a surfboard. He came around to my house once when we were kids and found me in bed with my new board. Obviously we weren’t doing anything, but he’s never let me forget it.

We tentatively agreed that Haris probably went from being the author’s son to being his daughter. Ted said if he had those looks, he also wouldn’t hesitate to switch sides. That might have been the beer talking, but you never can tell.

The conversation turned to genitalia, as it does between South African men who are drinking together. Well, genitalia and rugby, but nobody cares about that until August 6 when we take on the All Blacks.

“Let’s assume Haris has a willy and is now a woman,” I said. “Who would she have sex with?” Ted went quiet while pictures formed in his so-called brain. “I’d be up for it,” he said, with a noticeable slackening of his jaw. I slapped him hard.

“If Haris slept with women only, and he, sorry, she, still had a willy … wouldn’t that be typically heterosexual behaviour? Or would that make her a lesbian? I’d have thought the whole point of being lesbian is that willies aren’t involved.”

“And what if she’s only attracted to men? Most heteros wouldn’t be up for it. And gay men might not be wildly keen on bedding down with someone who insists she’s a woman, willy or not.”

We drank in silence for a while, each with our own private thoughts. Eventually Ted got up to fetch more beer.

“So how about that Eben Etzebeth, hey?”