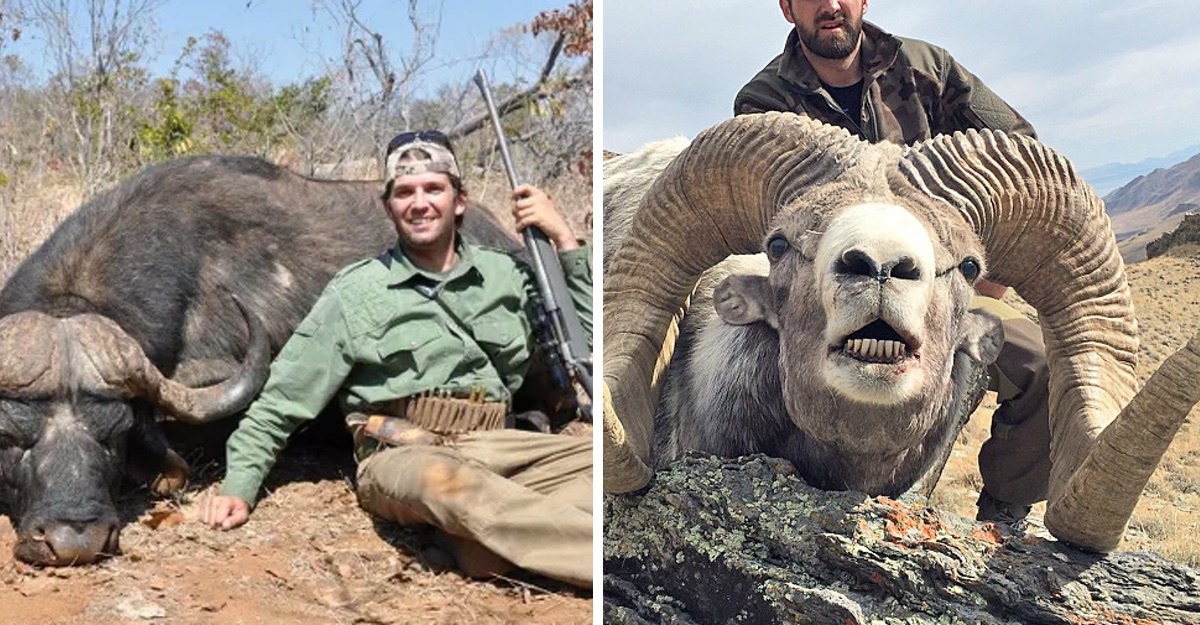 I just wanted to wish you well for your annual trophy hunting bonanza that kicked off in Reno, Nevada, today.

Thousands of hunters from around the world are there. Hang on. If all the hunters are in Reno, who the hell is shooting the animals? Maybe a four-day jamboree isn’t such a good idea after all. Word will get out in the animal kingdom that humans have given up killing for sport and in no time at all they’ll be among the houses, clogging up the roads and trying to enroll their young in our schools.

I see you have some exciting prizes lined up. I like the sound of the 14-day trip to shoot an elephant in Namibia. I lived there for a while and I can tell you that they have more elephants than they know what to do with. And you won’t need two weeks, either. A lot of them are pretty damn tame. You can hold out a chelsea bun and one will be along in a few minutes. You don’t even have to get out of your car. He’ll come right up to the window and you can shoot him in the face without spilling your drink. Maybe let him have the bun first. It would be the humane thing to do.

Buffalo, giraffe and wildebeest are on the menu in Zimbabwe. Sounds like a great package deal. But this is Zimbabwe we’re talking about. Mega shithole. Maybe throw in a meerkat as a sweetener. As if that’s not enough, you’re also offering a 10-day crocodile hunt in South Africa. We have literally thousands of them sprawled around the country. They tend to be lazy and sleep a lot but can turn violent when provoked. No, wait. I’m thinking of our civil servants.

Whoa! What’s this? The big prize is a week in Alaska with Donald Trump Jr! Now you’re talking. Seven days in Sitka with the American president’s least stupid son killing as many black-tailed deer as your guns can handle. That’s gonna be more fun than watching daddy’s pee-pee tape.

Don Jr’s skills were put to the test last year when he gunned down a bunch of endangered sheep in Mongolia. Ya think he’s ready to make the leap to deer? They can be pretty ferocious when cornered. More than sheep, anyway. Oh, but this is a yacht-based hunt so I guess he’ll just be opening up when they head down to the water to drink. Good idea. Far safer. And no chance of drinks being spilled here, either.

And you even managed to get the Beach Boys to play at your party! Nothing says Good Vibrations more than getting a chance to shoot an African lion in the teeth. I see ex-band members Brian Wilson and Al Jardine have a problem with trophy hunting and now want people to stop buying Beach Boys merchandise. Bloody hippies. They obviously did way too much acid in the 60s.

Vocalist Mike Love, on the other hand, is a big fan of killing for sport. He might have love in his name, but he ain’t got none in his heart!