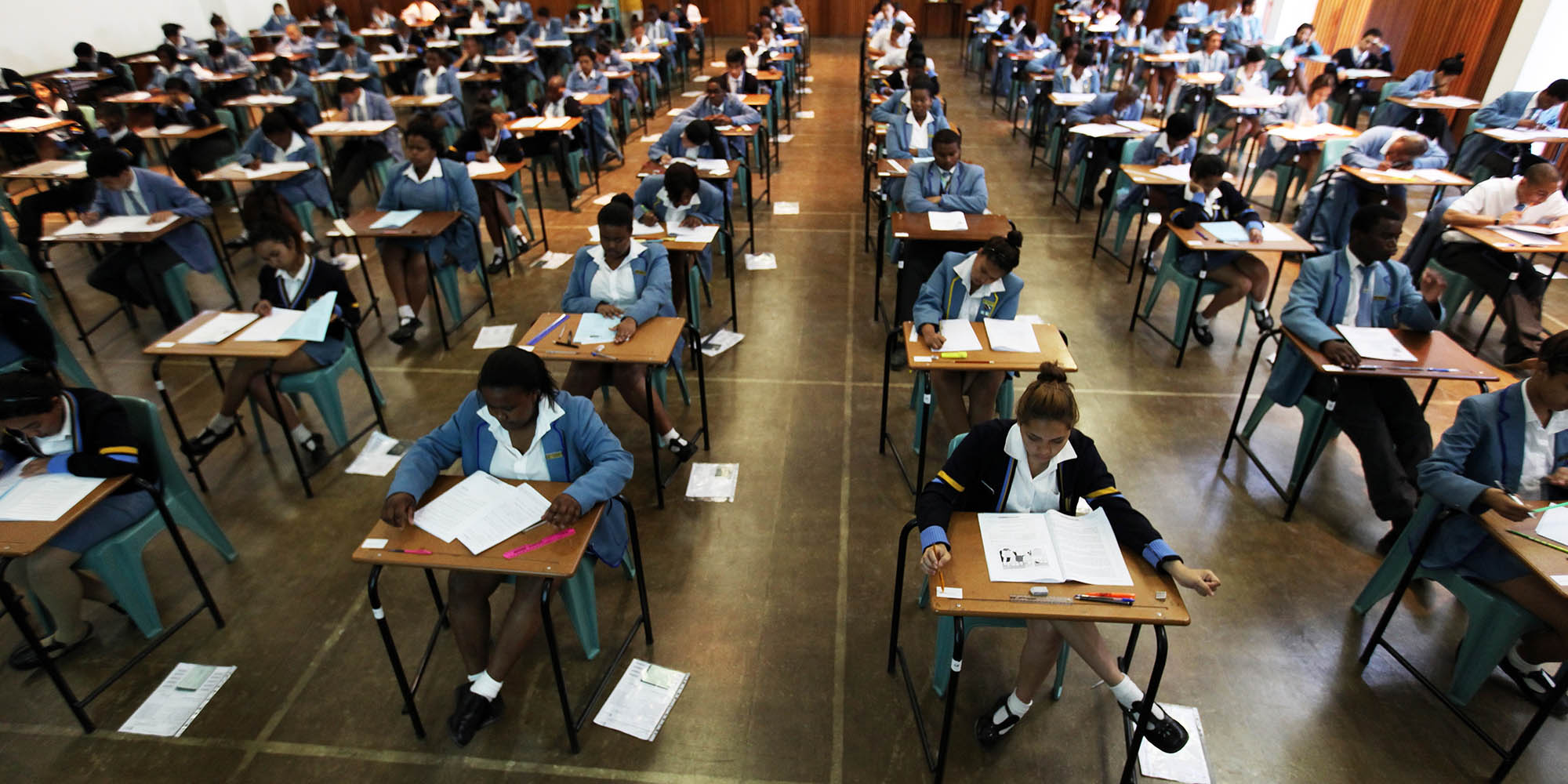 What an exciting time to be venturing out into the world! It’s not every generation that gets to begin life’s journey in the middle of a pandemic. Such a story to tell your children. Assuming you survive, of course.

Spoilt brats, you are. The next time you complain about having to wear a mask, just remember that I had a Soviet-made anti-tank missile explode in my face. Well, it might have if I hadn’t spent the war in a signals office in Defence HQ in Pretoria, which, let me add, came with hazards of its own. Mostly related to drinking, admittedly.

Have exams been going well? I imagine not. I imagine it’s been devilishly hard to focus on square roots and dangling participles when you’ve spent virtually the entire year with grown-ups telling you that if you cough near your classmate her grandfather could die, and that if your mother doesn’t disinfect the shopping you can be sure she is trying to kill you.

I apologise, on behalf of the education department, for your having to learn stuff that is available almost instantaneously on your phone. Google has made school obsolete. But that’s a conversation for another day.

Dates in history have become meaningless. The only date that matters is March 5th, that sultry summer’s day when the health minister announced our very first case of Covid-19.

“The patient is a 38-year-old male who travelled to Italy with his wife,” said Dr Zweli Mkhize proudly.

Being the red-blooded patriot I am, I might well have applauded the news. Our first case. Hoorah! What a shame we don’t know who he is. We might have erected a statue in his honour. Or declared March 5th a public holiday in his name. Or we might have hunted him down and set his house alight, which would seem the more South African thing to do.

The very next day, the education department should have called a press conference to announce that the curriculum was changing and that nothing would ever be the same again. Henceforth, there would only be two classes and two exams. Sex education and survivalism.

You would learn foraging and tracking skills. How to light a fire in the rain. Where best to build your shelter. How to give yourself stitches. Learn to use a bow and arrow and live by what little of your wits remain after twelve years of government education.

And when it comes to sex, it’s no longer a simple matter of coyly asking, “Do you have protection?” or, in my case, “Are you old enough to have stopped ovulating?” Now one needs to ask one’s partner to keep his or her mask on or, even better, remain in the other room while matters are taken in hand.

I don’t personally know anyone who is writing matric at the moment, but I imagine the cry, “Why are we doing this when the world is so irrevocably changed?” is not an unfamiliar one. I know quite a few adults who don’t know the meaning of “irrevocably” and they’re doing fine. Not really.

Your generation no longer needs to know words of five syllables. In fact, it’s best you don’t use them at all. The last thing you want are people leaning into your personal space shouting wetly, “What was that?” Our muzzles have made grunting an acceptable method of communication.

You are entering a regressive world, boys and girls. Everything is going backwards. It’s a global reset and you have to be ready for it. Yes, the adults did nothing to help you to be ready, but it’s better than an anti-tank missile in the face.

Survivalism is the new capitalism. Forget carving out careers. Find a tree trunk and carve out a statue of the twelve gods of destruction. Sell it for a million dollars to a Swedish tourist. Or recruit your most outlandish friends and ride fast and furious through the Karoo on heavily chromed XT500 motorcycles as the new horsemen of the apocalypse. People will give you money. Or try to kill you. It is what it is. Take what you get.

Right now and for the foreseeable future, everything is a gamble. You would be a fool not to gamble. As you peer anxiously across the narrowing ravine that you must traverse to become an adult, you absolutely have to take giant leaps of faith and go laughingly into the unknown.

Your parents will be sad to see you go. For about an hour. My father turned my bedroom into his office within a week of me moving out.

I feel I should apologise for the mess you’re inheriting. I can’t really, though. And not just because I’m a man and would rather hammer a porcupine quill into my earhole than apologise. The real mess started long before I was even born.

Anyway, good luck changing the system. If you do inexplicably feel the need to breed, please don’t call any of your children Vaccine.