Now is a time for reflection, a time for evaluating the year gone by and a time to make fresh plans for the year ahead. More importantly, though, it is a time to lie on the beach and chuck as much alcohol down your gizzard as is medically possible. It must be said, though, that both the beach and drinking come with their own attendant risks. Let’s start with drinking.
The worst thing about drinking, apart from waking up to find a wedding ring on your finger, is the hangover. Some doctors try to tell you that hangovers are caused by dehydration. This is like saying floods cause drought and I, for one, would sign any petition that calls for these charlatans to be struck from the roll.
Dehydration is caused when the bartender ignores you because he is too busy catching bottles behind his back and flirting with all the pretty young things.
In rare cases, dehydration is also caused when a girly little hormone that is meant to tell the body to conserve water can’t hold its liquor and passes out on the job. This results in you having to wee every ten minutes. With the floodgates open, the body starts borrowing water from less important organs, like the brain. This causes the brain to shrink, which annoys it tremendously. This explains why stupid people with small brains suffer worse hangovers than smart people with big brains.
All alcohol contains methanol. I would have thought this is a good thing since it is also the fuel used in motocross bikes. And, boy, can those babies go.
However, instead of doing the sensible thing and using the methanol to accelerate the mind, the body breaks it down into formaldehyde and formic acid. Deformed foetuses and pygmy brains are preserved in formaldehyde. Ants and bees secrete formic acid when they attack. What the hell are our bodies thinking?
The monstrous aberration known in scientific terms as Babelaas Horribilus is also partly caused by the depletion of magnesium in your body. As we all know, magnesium constitutes 2% of the Earth’s crust. So before you go drinking, take the time to step out into the garden and grab a handful of that damn fine crust.
Just remember to wash the dirt from your face before you walk into the bar. Not many drinkers can handle the sight of a grown man with a soil-encrusted mouth spraying bits of grass and earthworms about while shouting for another round.
Drinking & Swimming
Lifeguards warn you not to drink and swim. I have never heard such nonsense. What are you going to do? Lose control on the backstroke and sideswipe a jellyfish? Burst a water-wing and roll? Have a head-on collision with a snoek? The ocean is by far the safest place in which to drink. For a start, it is impossible to fall over. This means no more inexplicable cuts and bruises the next day. And there are no roadblocks to ruin your life. No chance of irresponsible sex with someone whose name you can’t remember. The only problem I ever encountered while drinking and swimming was having my beer diluted with seawater.
Bluebottles (Bloublasies)
Apart from the Congolese gentleman selling beaded flowers, the thing next most likely to ruin your day at the beach is the bluebottle. This little scoundrel is also known as the Portuguese Man-of-War, although we are no longer allowed to call them that because the Portuguese say it portrays them as an excitable people who are always up for a fight. I thought that was the whole point of being Portuguese.
The tentacles of the bluebottle trail through the water with the aim of snaring small crustaceans. Whenever I go into the sea, they trail through my baggies with the aim of snaring my testicles which, it must be said, look nothing like small crustaceans.
One of the first times I was stung, a friend said the best way to ease the pain was to urinate on the affected area. Since I had been stung on my back, he volunteered to help out. Our friendship was never the same after that. Later, after leaving school, I heard that he had joined the priesthood. As I grew up, I heard more and more about people weeing on each other without even having been stung by bluebottles. As far as I could tell, they hadn’t even been near the beach. I found it all rather disturbing.
Using Sharks to Pick Up Girls
Very few girls can resist a shark attack victim. One bite, and you’re theirs. But don’t think you can simply pitch up at the beach, wade in to the water and expect something to chew helpfully on your arm.
There are an average of only six shark attacks a year in South African waters. With a strike rate like that, you might think that sharks are rubbish when it comes to dishing out a decent savaging. You’re right. They are.
So don’t waste your time with second-raters like the Zambezi or the hammerhead, let alone that big aquatic pussycat, the ragged-tooth. For a start, you would have to slap him around a good deal to get him angry enough to even nibble your toes.
You need to find Carcharodon carcharias – the Great White – the most frightening of all creatures in the sea apart from the Gauties wallowing off Umhlanga’s main beach as we speak. Here are some tips to help you lose a limb and get laid:
* Swim only at river mouths at dusk and dawn.
* Use a razor blade to lacerate your legs.
* Head into deep water and splash vigorously.
* Have a Ferrari in the parking lot.
Right. That’s enough helpful hints for now. You’ll be hearing from me next year. Possibly sooner. 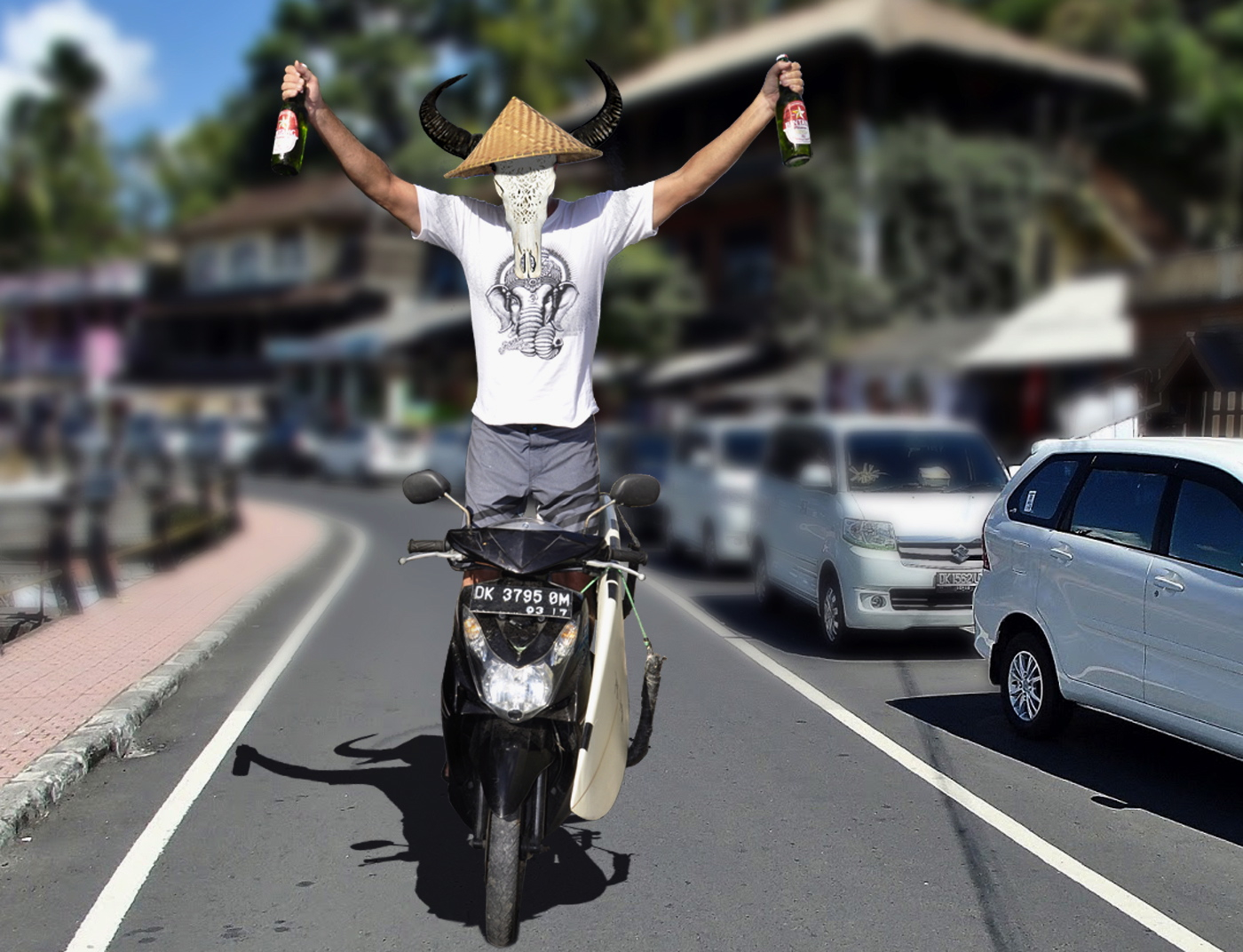