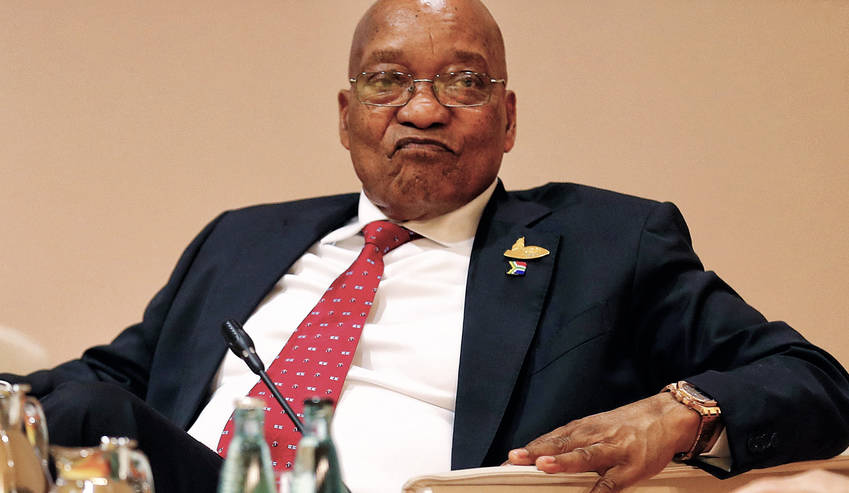 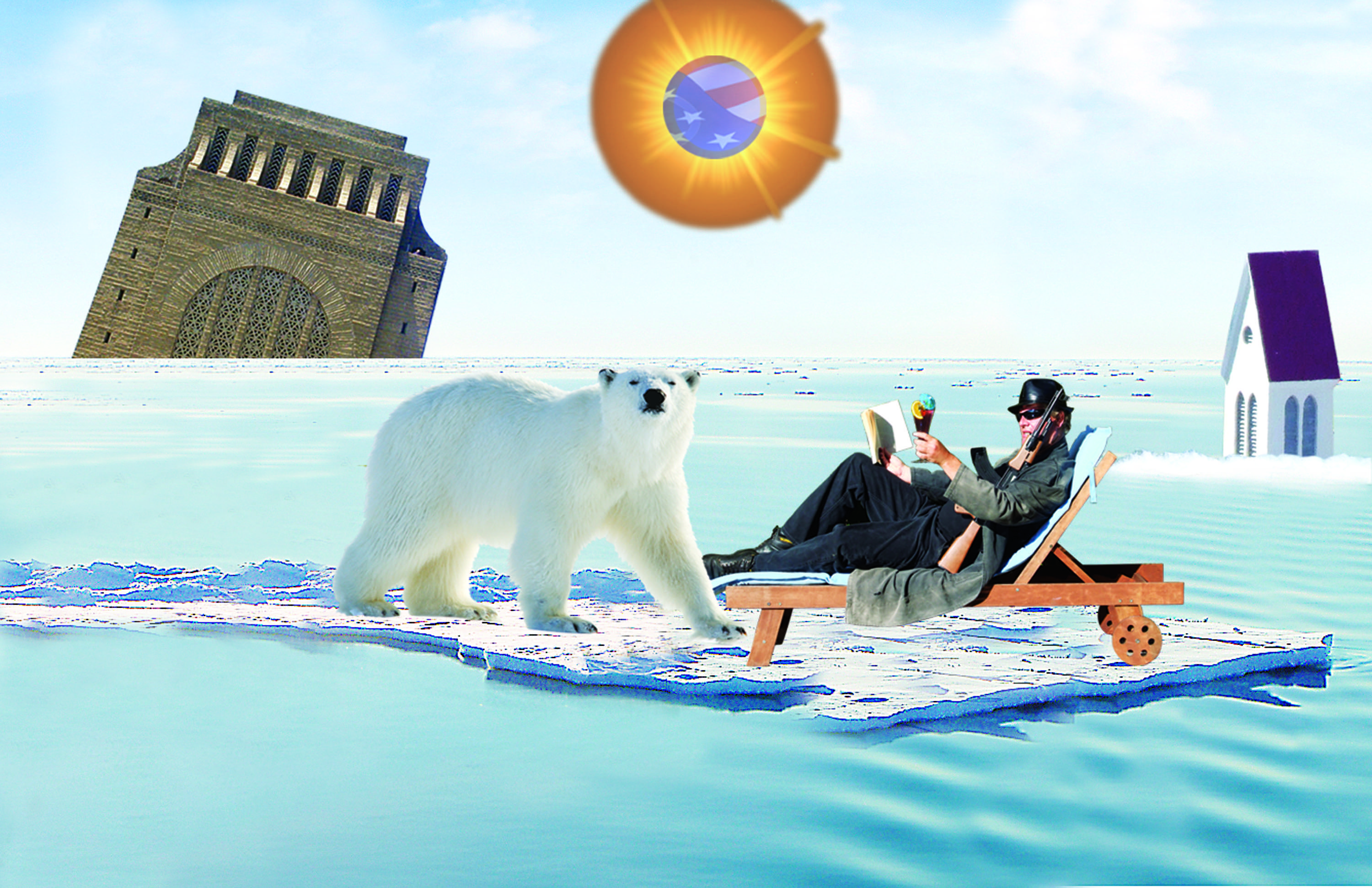 I apologise for addressing you as a league and not as an individual. Women are so much more than mere leagues these days. My non-sexist sensibilities are telling me – well, shrieking at me, really – that it would be highly inappropriate to continue referring to you as some sort of collective rather than a warm flesh and hot-blooded woman with big … I beg your pardon. That’s the medication talking.

My point is that I cannot find a name by which to address you. My limited capacity for research unearthed Lilian Ngoyi, although she appears to be more of a fisheries patrol vessel than a leader of sorts, so I shall call you Mary after one of my heroes. I’m not talking about the Mary who had a little lamb, although that was certainly a biological feat of note, but rather Queen Mary I of England. She got the nickname Bloody Mary after waging a brutal campaign against prostitutes. It’s my favourite morning-after drink. They might have been Protestants.

Anyway. Enough of that. I am writing to congratulate you for so resolutely standing by your man, Jacob Zuma. I have known women, biblically and otherwise, who do not seem to understand this concept at all. When the legendary women’s rights activist Tammy Wynette released her seminal protest anthem, Stand By Your Man, in 1968 in support of real men like Charles Manson and Ted Kaczynski, we applauded her. We sang along and danced and fought like lions, then went home to our wives and god help them if dinner wasn’t ready. Just kidding. Not really.

I see you have been very busy issuing statements. Well done, Mary. I like a woman who can make a statement. In the old days, women were only good for making fashion statements. Sometimes they made fashion faux pas, but we forgave them. Or not. I have a friend who said your statements are a faux pas. Ignore him. He is one of those men who think women should automatically defend truth and justice. This should be rejected for the sexist filth it is. Women are nothing more than men without willies and they are entitled to act accordingly without being judged as traitors to their gender. Or, for that matter, their country.

A long queue is developing for the moral high ground and, much like you, I cannot abide queues. Especially when they come stacked with shiny eyed opportunists pretending they’re not desperate to suck on the hind tit of … whoops. Sorry about that. I was talking fiscal rather than physical. Let’s just move on.

You say you are critical of the Public Protector but respect her office? I know what you mean. I have worked for unimaginable arseholes over the years, but I have always been humbled by their offices. The counterfeit oil paintings, the crystal dolphins, the coke chopping boards made of Burmese teak. And while I was quite prepared to cut their throats during the tea break, you showed admirable restraint by demanding “a more objective and less populist person who will campaign against government and its people but defend principles of the structures”. Would those be ANC structures? Viva objectivity.

Quite frankly, the structures seem a bit wobbly right now, Mary. What the hell is wrong with the Gauteng branch that they want Mr Big to resign on the spurious grounds that he gives the appearance of being a semi-literate, corrupt scumbag dragging South Africa to the brink of disaster? Are they on drugs? I heard the Nigerians were bringing in some kind of truth serum. If that’s true, then Paul Mashatile seems to have made an early start.

Can you believe that the Public Protector said you should rather focus on fighting for gender equality and inclusive development? What the hell does that even mean? She also said “women should be fighting to make sure that South Africa was advancing everyone, because when the state fails, it’s women who pick up the burden”. This is a pack of lies and she ought to be jailed at once. I have had two wives and several girlfriends and the only thing any of them ever picked up was a knife or a bottle of gin. Sometimes both.

To be honest, Thuli Madonsela doesn’t bother me as much as she does you. Sure, she talks a little slowly for my liking, but she has the eyelashes of a camel and that’s all that really matters in these days of miracles and wonder.

In your statement on Wednesday you said you would “lead at the front to protect the ANC”. I like it. Everyone knows that Germany only lost the war because they sent men to the front. And let us not even speak of the Russians. You, Mary, have a weapon that men don’t have. I can’t imagine how and where you would use it to protect the ANC, but I’m sure you will find a way.

“For how long should we keep quiet?” you asked. I didn’t know the answer so I asked my so-called friend Ted. He said, “When the last tree has been cut down, the last fish caught, the last river poisoned. Only then will we realise that one cannot eat money.”

I deployed a stranglehold I learnt in the army and accused him of perpetuating a quite possibly fictitious Red Indian saying. He accused me of using outdated racist terminology and kneed me in the nuts. I was incapable of speech for an hour or two, something you wouldn’t have experienced in your life.

You also took the whip to ABSA, Anton Rupert, Trevor Manuel and his squeeze Maria Ramos, Thabo Mbeki, the Rothschilds, Barclays Bank, the Oppenheimers, the World Bank and the Easter Rabbit. Maybe not so much the rabbit.

Hang on. You’re not Mary at all. You’re someone called Meokgo Matuba. I can’t say I have ever heard of you. This is not my fault, even though I am a white man. You have been very quiet since getting the position. Well done. I like women who keep a low profile. The world doesn’t need more Angela Merkels or Margaret Thatchers, that’s for sure.

Bits of your statement are right up there with Martin Luther whathisname’s speech about a dream he once had. “We have forgiven our leader, Comrade President Jacob Zuma. We will not be shaken by songs of disrepute, clatter of confusion, misinformed quotes by the mainstream media, and its originators, false religious prophets and veterans who have been fed to their stomachs by our former oppressors. Our people are most welcome and liberated to derive their opinion, but we urge all not to be hasty, but rather search within the deepest of secrets to unravel the truth.”

Are these your own words or did you hire Thamsanqa Jantjie to translate from the original? It doesn’t matter. The important thing is that you continue defending men at all costs. By men I obviously mean one man in particular. The mother of all patriarchs is a man who stands head and shoulders above other men, thanks to all the lawyers and cadres who moved in to break his fall when the Guptas ran away.

So, anyway. All this fuss just because the Constitutional Court found that the president violated his mandate. So what? Boys will be boys. You can violate my mandate any day, baby.