Take your pie and vy 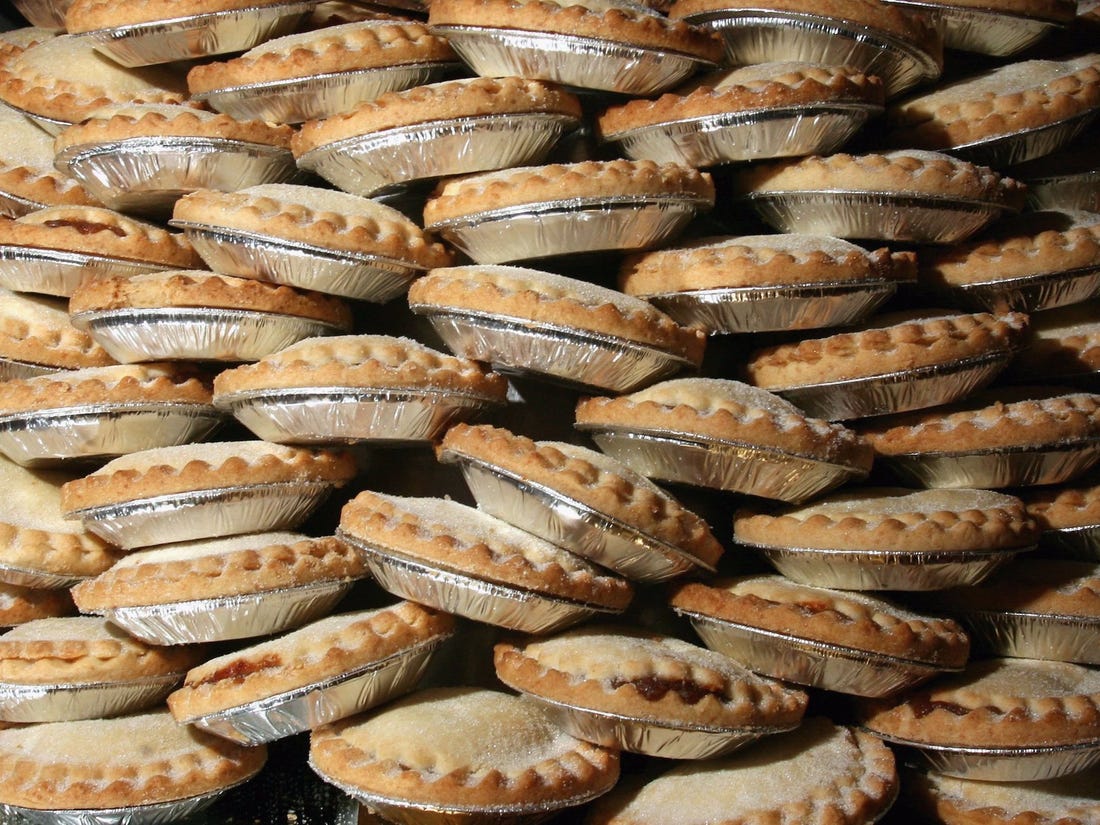 Hello. My name is Ben, and I am an addict.

Ever since the government unbanned the sale and possession of hot pies, I have been roaming the streets looking to score. I can’t get enough of them. No sooner have I wolfed a mutton curry than I want a chicken and mushroom. I finish that and almost immediately I need a steak and kidney.

Cornish pasties are the crack cocaine of pies. It doesn’t matter how many other kinds I’ve already had, if I can’t get my hands on a Cornish to wrap up it all up, I become jittery and more unpleasant than usual. Not violent. Not yet, anyway. Just insufferable in a passively-aggressive taciturn kind of way. Women will know what I’m talking about.

Since the government’s berserk clampdown on hot pies and its subsequent flip-flop (which, incidentally, might still be banned), some outlets remain afraid to stock them. Pies, not flip-flops. I imagine they fear some sort of Orwellian trap. They could be right. Lure us into a false sense of security and then, once our trolleys and faces are stuffed with pies, BAM! It’s spreadeagled in the parking lot with a knee on the neck and a whole lot of shouting about the source of the pies. We pie addicts don’t snitch. Pie dealers are safe. They need to know this. I would sooner give up my first born than the name of a reliable pie merchant.

It’s like what happened with marijuana, except in reverse. One day you’re doing fifteen to life for a joint, and the next, a sergeant with a sniffer dog is helping you find the stash you lost in your garage. That’s South Africa for you.

So anyway. On Sunday morning I was jonesing bad for a Cornish. My regular supplier was out. He said there’d been a run on Cornishes just after midnight and that a fresh shipment was being held up at the border. He refused to say which border. I think he’s lying. There’s no such thing as cross-border trafficking in pasties. If I do become a snitch, and I’m not saying I will, his name will be the first I give up.

There’s only one other dealer I know of that supplies proper quality gear. Pies that are 85% pure and rarely cut with penguin giblets or other unethical substances smuggled in from the coast. Pies that will make your pupils dilate and your heart race. That dealer is King Pie. If you want to make it in the cutthroat pie trade, you don’t want to be fannying about with cryptic names. You don’t want people coming around wanting to put R50 on number seven in the fourth race. No ambiguity. That’s the secret. Hide in plain sight. The Pie Police aren’t the brightest. They wouldn’t suspect a thing. Besides, they’ve all been redeployed to the Cigarette Squad.

There’s a King Pie in my area that’s too far to walk and too close to drive. It’s a problem. I might have to move. It would be easier if they moved. Thinking I’d suggest this to management, I drove 800m there, parked the car, and walked the remaining 200m. It seemed a healthy compromise.

Fellow pie junkies will know that King Pie is not a shop. Not in the sense that Woolworths is a shop. There is no standing in a hellish queue, then having your hands disfigured by dangerously cheap sanitiser before being allowed inside to browse like a gormless five-toed ungulate. It’s a counter. There is no going inside, per se.

I walked past a few times to make sure it wasn’t a set-up. For all I knew, the government had taken us back to Level 5 on my way over and undercover agents were watching every King Pie in the country.

Steeled for an ambush, I bellied up to the counter. “Cornish,” I said, “How many?” said the dealer. “All of them,” I said, checking over my shoulder. When I turned back, I expected to find her filling the bags. Instead, she had a gun pointed at my head. Slowly, I raised my hands. “I’m not a cop,” I said. “Just give me the good stuff and you’ll never see me again.”

Her face hardened and she extended her arm until the barrel was virtually pressed against my forehead. I closed my eyes. I was happy to die in the presence of my beloved pies. There are worse ways to go. Eating a pie as she pulled the trigger would have been first prize, but I was in no position to make demands.

After what seemed like an eternity, I heard her say, “35.6.” I opened my eyes. She had lowered the gun and was moving to the warmer with a pair of tongs. I watched her warily as she emptied the Cornish section.

Right away, I went through the five stages of grief, except it wasn’t grief I was feeling and there were only two stages. Disbelief followed by outrage. Here I was, needing pies pretty damn badly, and this stranger had decided, of her own volition, to see if I was afflicted with the coronavirus.

You come in for a sack of pies and the next thing you know, someone presses a hidden button or blows a whistle and before you can flee, you’re wrestled to the floor by thugs in hazmat suits and dragged off to a rat-infested government facility to spend the rest of your life in quarantine. Doesn’t seem right. I turned bright red and my temperature shot up to at least 39.6. It took three Cornishes and a sausage roll to bring it down to manageable levels.

“How very dare you?” I shouted, spraying gristle across the counter. Things are spiralling out of control. What’s next? Cops outside bottle stores taking DNA samples to check if you’ve killed anyone? Psych students in shopping centres randomly selecting people to undergo the Hare Psychopathy Checklist? Actually, that’s not a bad idea.

You might think this flagrant violation of one’s rights couldn’t get any worse, but it does. Guy Hawthorne, who works at this very newspaper, had the gun pointed at his head at three different stores in under 45 minutes. His readings were 32.4, 35.8 and 33.7. You don’t do this to South African journalists of Scottish extraction. These people are unpredictable at the best of times and are almost certainly going to react badly to the news that they are in the final stages of hypothermia and will probably be dead within an hour.

Responding to the health emergency in the only way he knows how, Guy reached into his jacket pocket, pulled out a half-jack of Highland Queen and, with a bloodcurdling cry last heard at the Battle of Bannockburn, brought himself back from the brink right there and then.

“Take it now, ye wee sassenach!” he shouted. So she did. This time, it was 46.5 and he was asked to leave the mall at once. He was never going to go quietly. His sort rarely do.

“They may take our temperatures,” he shouted, as security closed in, “but they will never take our freedom!”