A couple of weeks ago I wrote about my father’s health travails. Now it’s my turn. This is what happens when you get older. I’m going to be one of those people who, upon being asked, “How are you?” will pin you down, at gunpoint if necessary, and tell you in explicit detail.
It’s a good thing I’m not given to long, lingering illnesses. Get in, get sick, get out. Truth is, I don’t suffer much from poor health at all. I do, however, suffer from accidents. I have fallen into rivers and off mountains and been hit by everything from cars to bouncers.
This is why I am not terribly surprised to find myself with three fractured ribs. Disappointed, yes. Filled with self-loathing, absolutely. But not surprised.
Chest injuries were furthest from my mind when a friend called last Friday night and suggested I come around for dinner and other experiments. He fancies himself as something of an amateur scientist. You know the type. Has to understand how everything works. Was always blowing up the school laboratory. Except in this case, it wasn’t his school. Also, it was 3am. And he’d just turned 45.
Dinner was an experiment drawing heavily on his dangerously limited knowledge of plants, liquids and animals and how they react under certain conditions. He always insists on full audience participation and usually has his guests sign an indemnity form. He used my form to help start the braai.
The problem with homegrown scientists is that they don’t know when to stop. I had a bad feeling about the final experiment of the evening but he shouted me down. “What can go wrong?” he gibbered. Oh, I don’t know, I could’ve said. One of us might end up with fractured ribs, perhaps?
The body’s hematic system is composed of blood and the vessels that carry it through the body. On Friday night at approximately 11.45pm, our bloodstreams were made up of water, calcium, globulin, gin, glucose, tequila, potassium, beer, sodium and brandy. The introduction of tetrahydrocannibanol into hermatic systems already heavily contaminated with unstable toxicants was going to be a fascinating experiment. No, of course it wasn’t. It was an appalling idea from the start.
I don’t know at what point during my departure I decided to dispense with the stairs and simply glide effortlessly to my car. Author Douglas Adams said, “The knack of flying is learning how to throw yourself at the ground and miss.” I clearly have a lot of learning to do.
I woke up in the morning paralysed with pain and waited to die. That didn’t happen. By Sunday I was starting to get hungry. Since the hospital was next to the shops, it made sense to stop off there first. I didn’t want to spend a fortune at Woolworths only to be told there’s a good chance I’d expire before the beef lasagne.
Sunday is a bad day to seek medical attention. Or anything, really. Everyone has the Sunday Fear and nobody is interested in your problems. I staggered into casualty clutching my chest and moaning with every step. This, in the eyes of the interested observer, would appear to be a man in cardiac arrest. In the absence of interested observers, I was given a form to fill in and told to take a seat.
There was a lot of pain below the ribs, which worried me more than the actual chest pain. Ribs are ridiculous bones. They can make a hell of a fuss but if you ignore them they pull themselves together sooner or later. There’s a reason God made women from a rib. I was more concerned about my liver. My best drinking days were still ahead of me and I couldn’t have a second large, meaty organ falling into disuse.
I weed in a cup, had blood taken for a liver function test and got X-rays done. The doctor said I had a fracture on the 12th rib, promised to call me in an hour when the results were back and sprinted for her Mercedes.
The following day another doctor looked at the X-rays and said there were fractures on the 3rd and 4th ribs, too. Also on my clavicle. “Is this sore?” she said, whacking me on the clavicle. Now it is. I had to wee in another cup. Presumably one of the night staff mistook the first one for an energy drink. Then it was off to radiology for an ultrasound. With my shirt off, I appeared to be in my third trimester. I joked about my baby while the radiologist smeared jelly on my belly but he wasn’t in the mood.
“I can’t see your pancreas,” he said. I told him that it had to be in there somewhere and encouraged him to keep looking. I said drinks were on me if he found it. Then he called my liver Fatty. I gave him the lazy eye. “You’re no supermodel yourself,” I said. After a bit more prodding and poking he gave up in disgust, tossed a paper towel onto my chest and walked out. I felt so used.
Now I have sacks of anti-inflammatories and painkillers, one of which works by “effectively tricking the brain into thinking that endorphins have been released”. Worth a shot. After all, I got into this mess after taking a herbal remedy that effectively tricked my brain into thinking I can fly.
Luckily I’m on Discovery Health’s hospital plan and have been for nearly 20 years. In all that time, I’ve claimed once. They owe me, big time.
Oh, wait. They’re refusing to pay for this latest treatment, presumably because I wasn’t flown in by air ambulance with at least two severed limbs and a brain tumour. 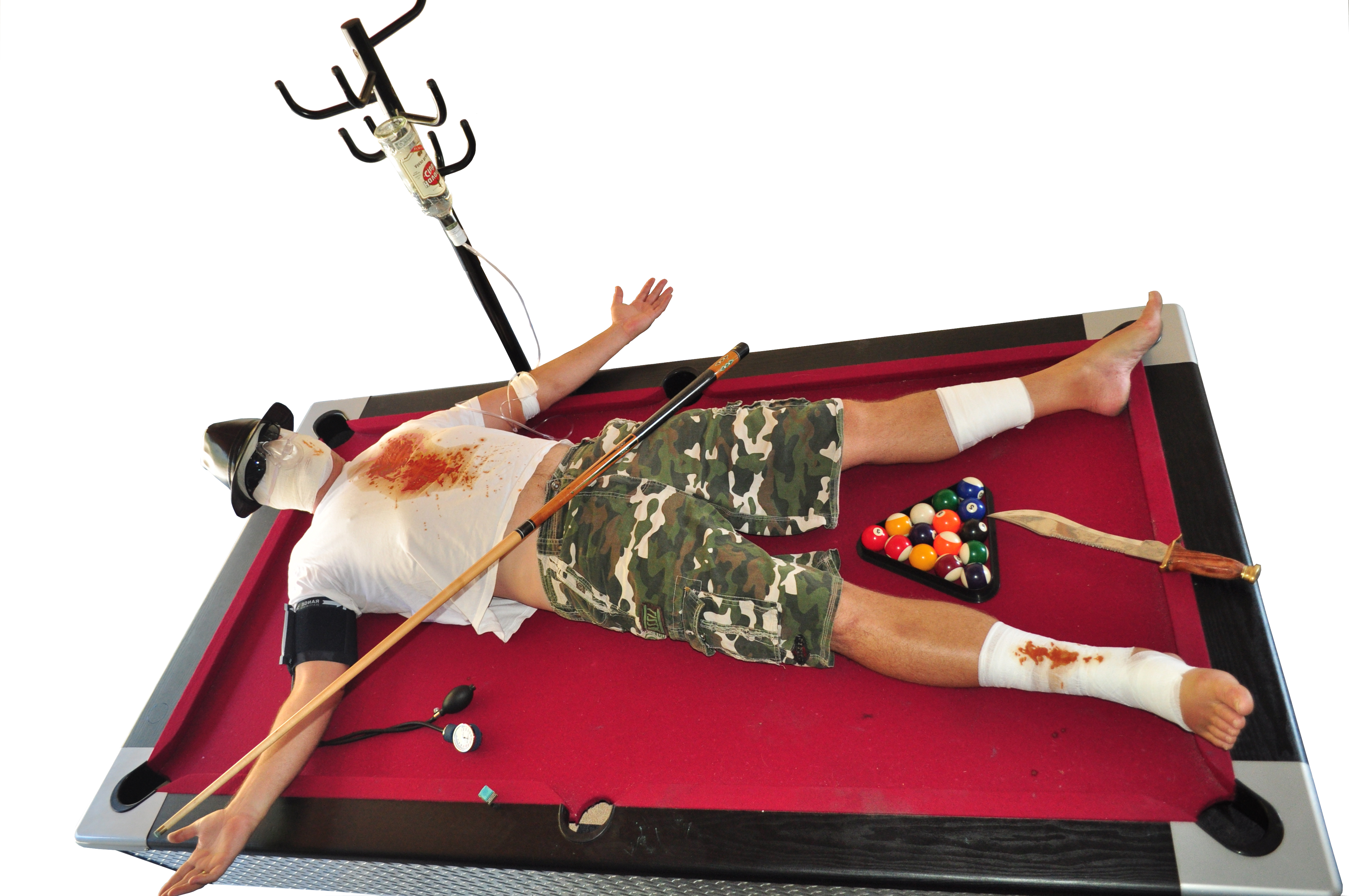