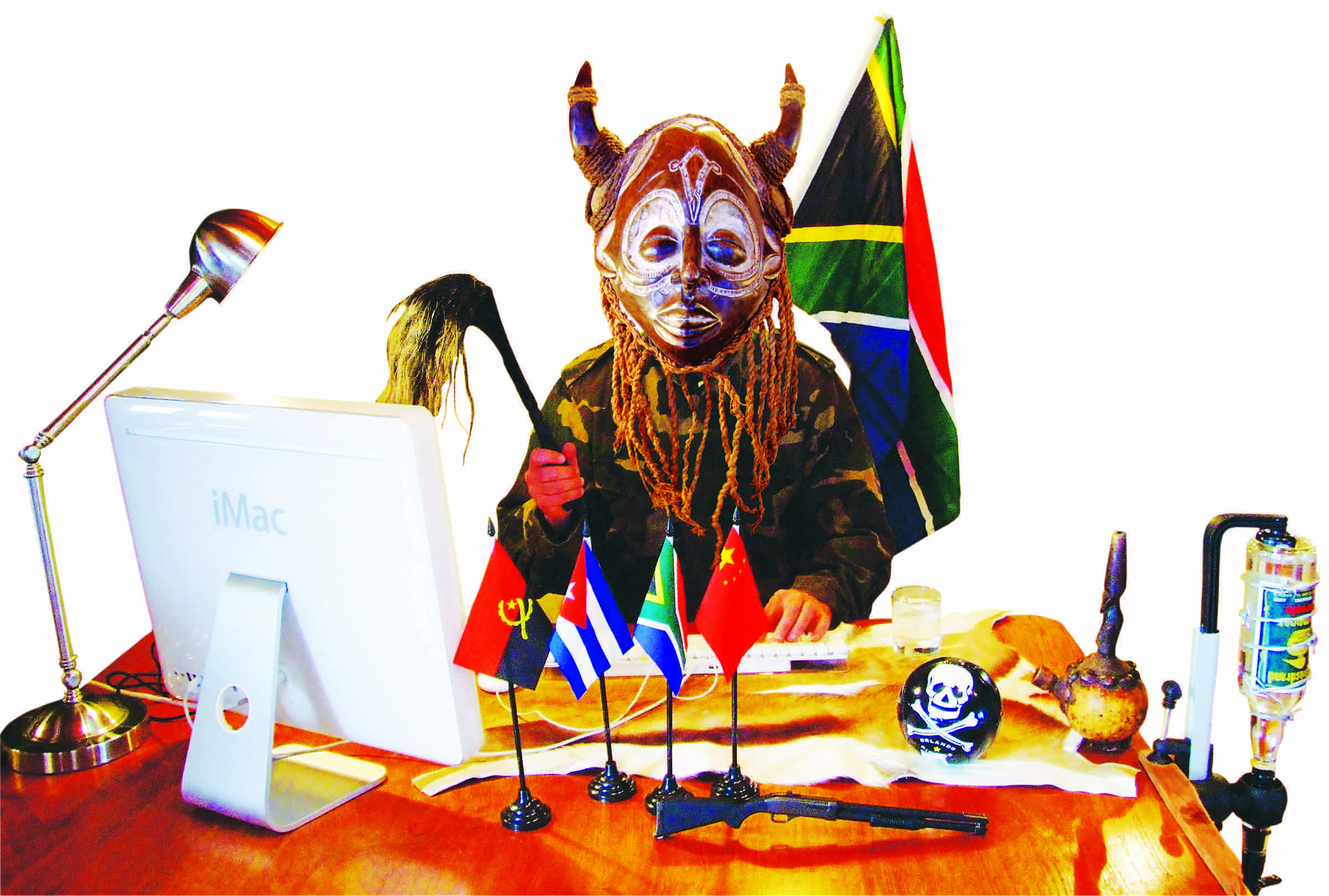 My wallet containing a credit card, driver’s licence, R12.50 and a small but well-behaved family of weevils has mysteriously vanished into a black hole. I made the money back by dressing up in a monkey suit and dancing outside the Spar on Friday morning. Afterwards I went to the traffic department.

The parking lot was jammed with crudely fashioned bivouacs and cooking fires. Scrawny goats roamed freely and chickens pecked at the tarmac. I half expected to see Angelina Jolie appear through the smoke, designer kaffiyeh wrapped around her swan-like neck, flawless belly swollen with a fresh batch of perfectly formed foetuses.

I hired a Congolese corsair to guarantee me safe passage to the entrance where a brute with knife scars and no neck was lashing out at the frenzied hordes trying to get in. It was like the fall of Saigon. With seconds to spare before the 3pm curfew, I slipped past Cerberus and was in.

If outside looked like a refugee camp, inside looked like Catholic limbo. Ben in the bardo. Sad hollow-eyed people drifted from counter to counter, lips moving in silent prayer. I joined the other lost souls in the queue of the damned that led to Persephone’s cubicle. The earth revolved, reptiles evolved, another ice age came and went. Moments before I died of natural causes, a bullet-proof window was all that stood between me and her.

She opened her mouth and showed me her terrible teeth. Blinking her goatish eyes, she spat a pomegranate seed onto the floor.

“Next,” she bleated. It is easier to pass through the eye of a camel than it is to follow the goddess of the underworld’s instructions.

“Collect form RT6 from counter 8 and form WM3 from counter 4 then go to room 101 in the east wing for fingerprints and room 309 in the west wing for the eye test then go to the cashier at counter 2 on the 3rd floor and afterwards take your receipt to counter 3 on the 2nd floor.”

As I proceeded from pillar to purgatory, I encountered knots of strange misshapen creatures. Being closing time on a Friday, many of them were moving too quickly for their fat little legs. A grizzled hireling took my fingers and pressed them into an ink pad. Said he had been doing it for 25 years. He told me to relax my thumbs. My thumbs are the most relaxed part of my body. I said I didn’t know what else I could do to get them to calm down. This made both him and my thumbs even more tense.

I could barely hear what he was saying above the extraordinary gibbering noises that civil servants make when the weekend is upon them.

“Eye test,” he shouted. “But I lost my driver’s licence, not my eyesight,” I shouted. My vision is more white rhino than tawny eagle and I felt like an athlete being asked to take a urine test after drinking a bottle of dehydrochlormethyl-testosterone.

By a stroke of luck, the regular tester of eyes must have gone home early because a woman dressed as a cleaner took me into a room and asked how many fingers she was holding up.

“Close enough,” she said. “Please leave now so we can all go home and start drinking.”