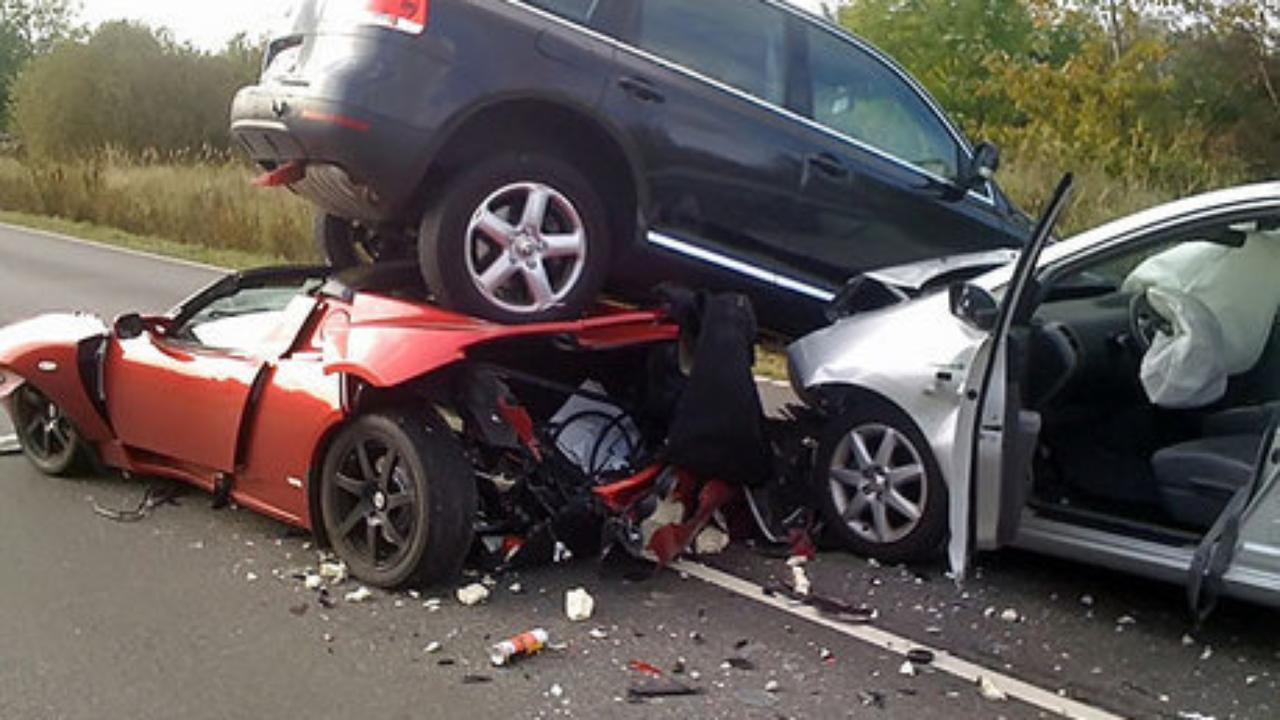 Finally, some good news at last! For the second year running, we have been named the most dangerous country to drive in. Competition for the title is fierce and I have never been more proud to be South African.

Congratulations, then, to all our motorists who went out of their way to help us clinch pole position once again. By went out of their way, I mean veered across three lanes, spun out of control, rolled twice and ended up facing oncoming traffic without dropping their phone or spilling a drop of beer.

Handing out the top honour was an international company called Zutobi. Sounds a bit like that stupid 2010 Soccer World Cup mascot of ours who brought us nothing but bad luck.

Zutobi, in fact, is an online driver’s education resource offering courses tailored for several countries, none of which are ours. Basically, it’s a mine of useful information on things like dealing with cyclists, how to use your indicators and which drugs you should take to stay awake behind the wheel.

This year, Zutobi awarded us an impressively pathetic 3.41 points out of 10 for our sheer exuberance in driving drunk, disobeying the rules of the road and generally behaving like attention-deficit children once we’re in the driver’s seat.

Zutobi says only 31% of front-seat passengers in SA wear a seat belt. If you are one of the 69% letting the side down, please make more of an effort next year. Let’s go for the triple. Seat belts are a ploy by white monopoly capital to keep us in our place. Don’t be sheeple. Do your own research.

The world’s second most dangerous country to drive in is Thailand. There appears to be some skulduggery afoot here. Did Fikile Mbalula bribe Zutobi to give us the number one spot? I’ve driven in Bangkok and let me tell you, the mayhem there is on another level altogether. It’s quite spectacular. We’re rank amateurs compared to the Thais and they must feel horribly cheated right now.

Apparently, 29% of road traffic deaths in SA are attributed to alcohol. Doesn’t sound like much when you consider that 95 out of 100 people drink and drive every weekend. The other five have had their cars stolen.

Accidents are caused by drivers who can’t handle their liquor. Nine doubles and they’re all over the place. Bloody amateurs. Yes, certain types of alcohol are not as good for driving as others. The more tequila you drink, for instance, the sharper your reflexes and the more you enjoy accelerating around corners and freewheeling down mountain passes.

Norway, according to Zutobi, is the safest country to drive in, followed by Iceland. Of course their roads are going to be safe. They drive on ice and snow and their tyres are covered in chains. People regularly get overtaken by polar bears. Also, you need to be a millionaire to be able to afford a decent bottle of spirits. The common folk drink heavily distilled filth so strong that they pass out before even getting into first gear. And beer was banned in Iceland until 1989. They barely know what it is or even how to use it to improve your driving skills.

Last year, a group of anti-crash spoilsports called the Road Safety Partnership seemed to think it was a bad thing for South Africa to have the reputation of being the most dangerous country in which to drive and that we should work to change this. On the list of things we are not very good at, “work” and “change” are right up there. Along with driving, obviously.

I don’t think Zutobi’s courses would help us much. A lot of the content deals with abstract things like road signs, roundabouts and speed limits. Life’s too short to bother with theories. It’s the practical side of things that’s important.

What we need to do is scrap the learner’s licence requirement. Youngsters can no longer afford the bribes. Besides, learning isn’t a South African thing. We’re proud to be a nation that refuses to learn from anything, least of all our mistakes. The only rule novice drivers need to know is, don’t admit to anything. It’s also the first rule of politics.

And there should be only one driving test. No more fannying about with girly stuff like parallel parking and handbrake starts. On the last Friday of every month, applicants will race on the N2 between Kokstad and East London. Those who make it in under three hours will be given a licence. Contestants will be permitted to hit a maximum of two cows or one adult person, preferably male.

Anyway. Europe might have the safest roads, but on ours, you at least know there’s little chance of getting taken out by a stray Iskander ballistic missile.