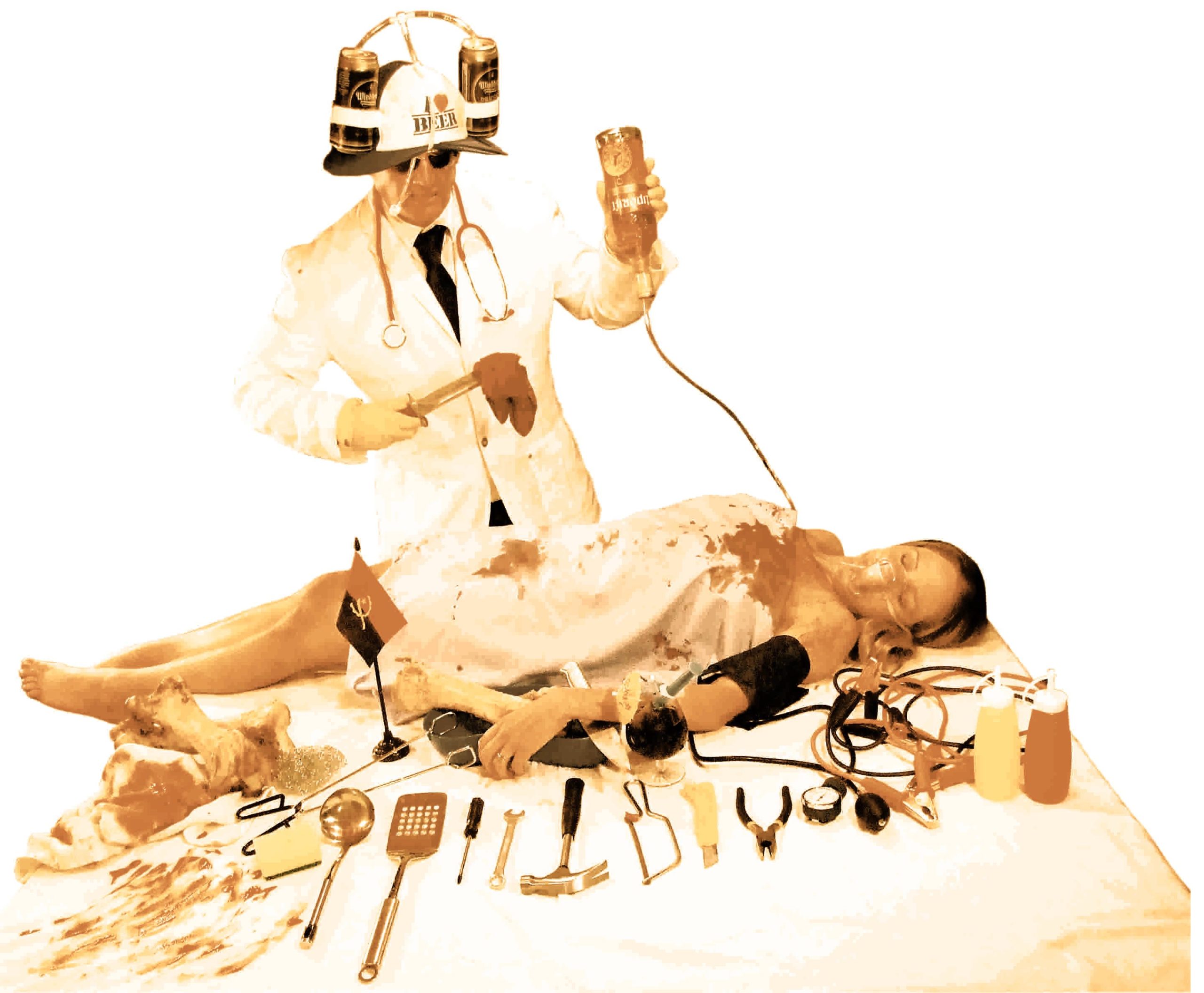 Here is #6 in my helpful series on what the ideal job application should look like.

I am applying for several positions at your hospital, largely because of the spectacular salaries, great working hours and the gorgeous nurses who will doubtlessly be assigned to assist me in the performance of my duties which, I imagine, would include opening people up, taking rotten stuff out and putting good stuff in, sewing them up, pumping them full of drugs and then taking the sisters out for drinks and whatever happy events may transpire thereafter.

I have several degrees in medicine from the highly respected Luanda Cyber University which only accepts 500 000 new students each month. The paying of one’s fees upfront constitutes 80% of the final mark and for geniuses such as myself, an MBChB with all the bells and whistles can be obtained in less than three weeks. I am unable to send you my certificates at the moment as they with the laminators.

You will be pleased to hear that I have specialised in all the fields mentioned in your advertisement.

Although damnably difficult to spell, especially after a few drinks, ophthalmology is really my forté. There is something profoundly magical about looking into a new patient’s eyes and knowing that it won’t be long before you are holding them in your hands. Naturally I will wear surgical gloves. I would never place myself at risk of infection by handling other people’s disgusting body parts without protection.

I believe eyes are the windows to the soul. This is why I have invented a device that plugs the eye sockets once the balls have been removed. I have seen far too many hospitals where souls have been allowed to escape because the windows were carelessly left open during surgery, and I don’t need to tell you that there is nothing worse than being inside a ward full of troubled souls flitting about switching the medication and tickling the patients wearing straitjackets.

You will also be interested to know that I have developed a technique in which the patient is able to leave his or her eyeballs with me and then come back for them in a week or two when I have finished scraping, painting and polishing them.

Paediatrics is another of my specialities. I love children. Even the sick ones. Actually, I am not all that fond of the sick ones. They never stop crying and complaining and, unlike my adult patients, I cannot take the horsewhip to them. My ideal paediatrical patient is a 10-year-old who pretends to be sick in order to miss school. With a little whispered collaboration and the dispensing of certain substances that shall remain nameless, it often ends up that the child manages to miss two or three years of school. I expect some of them will want to reward me handsomely later on in life.

I understand one of the requirements of this position is a willingness to train junior doctors. What an excellent idea! Given the nature of the field, it makes perfect sense. A teenager with a sore throat or crushed vertebrae would feel far more comfortable in the hands of a doctor her own age.

I showed a tremendous interest in playing doctors and nurses from a very early age and can testify that by the time I was seven, I could identify and name every part of the female anatomy blindfolded. After I got married, I began removing the blindfold at bedtime but it wasn’t strictly necessary since I still knew my around and nothing much had changed.

I see you also have a post in orthopaedics. Be sure to count me in. If there is one thing I know, it is bones. I have five dogs. Don’t talk to me about bones. From where I sit, I can see dozens of them strewn across the floor. My house looks like Hannibal Lecter has moved in.

You will be thrilled to hear that I have invented a procedure whereby people are able to remove the bones from their arms before they sleep. I won’t go into detail because you will steal my idea and win the Nobel Prize, but be honest, who wouldn’t welcome the end of awkward nocturnal arm syndrome? Just imagine, no more waking up in a blind panic thinking you are having a heart attack when it’s only paraesthesia, or, as we know it in the medical fraternity, pins and needles.

However, I still get the odd patient who wakes up and forgets to put his bones back in and then finds he can’t pick up his beer or beat his kids, but generally the ORA (overnight rubber arm) procedure works remarkably well.

As for the positions available in the Intensive Care Unit, say no more. I simply adore the ICU. My absolute favourite is the machine that goes ‘ping’. Are you familiar with it? I also find that patients in the ICU are the best-behaved of all. No idle chatter about the rugby or whining about the food. Lovely people, they are. Tolerant, respectful and above all, dead quiet. And also you’re not wallowing about knee-deep in misery, blood and gore. The nurses are hot, full of jokes and they keep the place spotless. I should have married an ICU nurse.

The hospital will also be able to utilise my skills as an anaesthesialologist. I have first-hand knowledge of everything that makes you pass out. Growing up, my father would come home and play games with me. One of the games was called Chlorocatch. We would chase each other around the house and whoever got caught would have to sniff a dishcloth soaked in chloroform. I never managed to catch my dad, but every time I woke up after the game, my mother would be pregnant.

The part of anaestheololology I love the most is when you get to have a little fun with the patients when they are unconscious. I have yet to meet a doctor who can resist drawing a happy face on someone’s grumpy penis or taking cellphone pictures of a particularly pretty vagina. After all, isn’t that why it is called theatre?

One last thing. I see one of my duties would be to ensure adherence to something called Batho Pele principles. Is that the South African version of the Hippocratic Oath? I hope not. Have you seen the Hippocratic Oath? It says things like: “In every house where I come I will enter only for the good of my patients, keeping myself far from all intentional ill-doing and all seduction and especially from the pleasures of love with women or with men, be they free or slaves.”

I am sure you will agree that the whole point of being a doctor is that you get to have sex with desperate and vulnerable patients. Well, that and the money, obviously.

Looking forward to hearing from you.