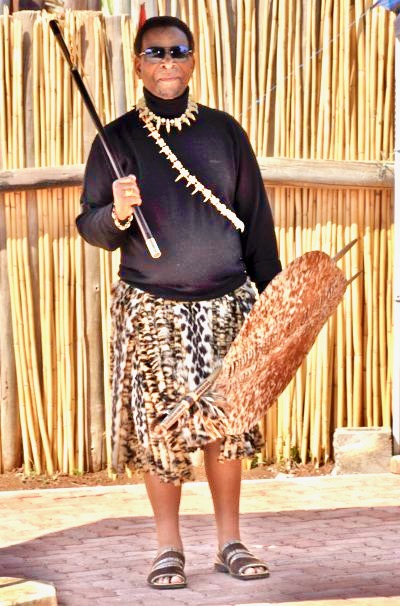 News that the King of the Zulu nation died on Friday reminded me of the correspondence Goodwill Zwelithini and I enjoyed over the years. Well, I enjoyed it. Also, it was very much a one-sided affair. Perhaps his letters got lost in the mail. Here’s one of mine from 2012.

I hope you don’t mind the informality. I am King of the White People and feel that, as equals, it wouldn’t be right for me to come across all fawning and obsequious. That’s the kind of behaviour we expect from our loyal subjects, do we not? Well, when I say loyal, I’m largely referring to your followers. My subjects are a bunch of capricious ingrates who would sooner bugger off to Perth than approach me on their knees. 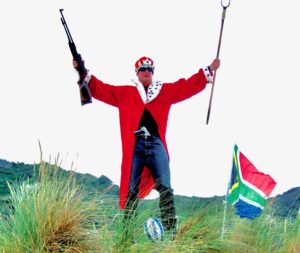 His Royal Highness Ben Trovato – King of the White People

Well done on trying to squeeze the KZN treasury for another R18-million. It’s outrageous that the Royal Household is expected to get by on a mere R62-million a year. I spend that kind of money in a month. And that’s just on beer.

Your chief financial officer (I must get myself one) says you will need at least another R12-million to build a new home in Nongoma. I gather your current residence in Osuthu is little more than a bunch of huts. This kind of thing is fine for your subjects, but as their king you certainly deserve something more lavish. Thatch is all very well, but it doesn’t exactly glitter in the morning sun, does it? You need chrome and glass for that.

I like your idea of building a modern palace behind your traditional palace. Get Sol Kerzner to design it. When you’re in the mood, you can pop down to the huts for a couple of tins of umqombothi with your mates on a Friday night. Maybe keep a stockpile of fresh virgins. You never know when you’re going to need one.

I hear Queen Zola Mafu, your sixth and youngest, wants a palace of her own. At the moment she’s bunking with Queen Mantfombi. Why should she have to share? It doesn’t seem right. If I were her, I’d also want my own palace. Especially if I lived at the KwaKhangelamankengane Palace and had to spell it every time I phoned Mr Delivery.

I understand you paid 264 000 euros in lobola for Queen Zola. Apparently this was taxpayer’s money that went straight into Swaziland. Good for you. This wouldn’t be the first time I have paid for a woman from a foreign country. It would, on the other hand, be the first time I’ve paid for a woman and not got so much as a kiss out of it. Oh, well. Glad I could help a fellow king into a tight spot. I’m sure you would do the same for me.

You seem to like the Swazi girls. Is there something I don’t know? Don’t answer that through the media. Call me on my private line otherwise everyone will want one.

At 27 and counting, you have more children than our president. Congratulations! This is a fine example to be setting in a country that is crying out for more people. I think a film should be made about you.

Brenda said with the level of conjugal activity in the royal boudoir, it could be called Goodwill Humping. You will be pleased to know that I beat her soundly, then impregnated her while she cooked my dinner.

There are some – my subjects mainly – who whine about you not complying with the prescripts of a ridiculous piece of legislation called the Public Finance Management Act which allegedly governs the use of so-called public funds. Keep ignoring them. Your customary needs come first. As do mine.

A word of warning. You need to do a sweep of your staff. There are people in the department – Xhosas, probably – who think the palaces should be generating income through tourism. This is an appalling idea.

Look what happened to Walt Disney, the last king of America. He ruled Disneyland for years until his senior advisor, Michael Mouse, convinced him to throw it open to the proletariat. Nothing was ever the same again. Last year, sixteen million gum-chewing, coke-snorting, burger-scoffing peasants passed through the gates.

Do you really want Nongoma to be the portal to Fantasyland? A land where everyone has three dozen beautiful wives and a million cows, swimming pools full of money and a private jet in the back yard? Yes, our subjects deserve to have their unrealistic expectations tarted up every few years, but at what cost?

It’s a slippery slope, my friend. Once you agree to lower the drawbridge, there is no going back. Next thing you know, you’re trapped on the top floor of the palace as angry mobs with flaming torches – oops, I’m getting ahead of myself here. You’re trapped because hordes of gormless tourists are queuing up for Tomorrowland, a magical place where you can have any job you want regardless of skin colour or political affiliation.

If Tomorrowland is full, they can go to Yesterdayland, where IFP assassins dressed as chipmunks randomly accost groups of visitors and make them swear allegiance to Gatsha, a loveable old puppet who needs all the support he can get. To infirmity and beyond!

If you decide to go down that terrible road, here are a few more ideas.

Adventureland – car guards dressed as authentic Zulu warriors lure groups of white tourists into the Michelin-rated Dingane’s Kraal restaurant for a meal and a massacre. Don’t leave your weapons outside!

Mineland – you have two hours to bribe a government official into giving you a licence to explore for heavy minerals and then, before your time is up, try to destroy as much of the environment as you can in a small coastal town like, say, Mtunzini.

Metroland – bribe your way home through mobs of rioting metro police. You might get shot, you will be fined! Fun for the whole family!

6 thoughts on “The king is dead … long live the king!”