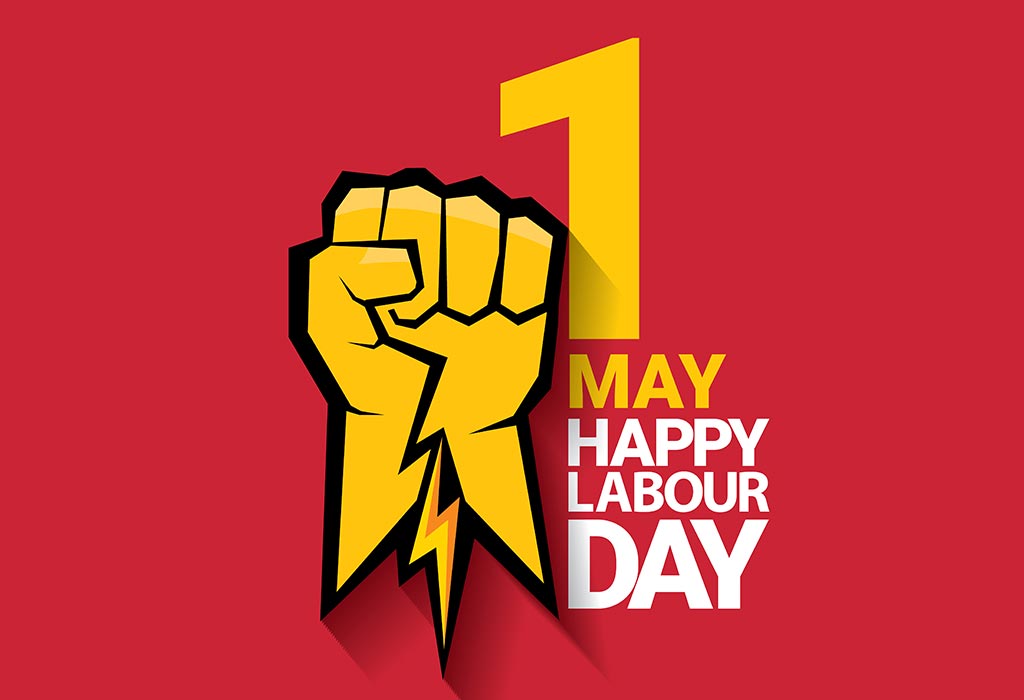 The 1st of May used to be an actual thing. Now, nobody cares. Here’s something I wrote a few years ago during happier times.

The month of May will not be merry. There will be more power cuts, higher interest rates, spiralling corruption, fewer jobs and at least one of God’s more spectacular acts that leaves thousands dead. (How’s that for prescient, eh?).

On the upside, Workers’ Day this year falls on a Friday. And since the South African working week only starts at around 2.30pm on a Tuesday, the public holiday will have no discernible impact on the economy.

I always thought May Day was the invention of those lazy commie bastards who we good Christian folk were taught to fear with a passion bordering on fanaticism. Oddly enough, it turns out that those lazy Aussie bastards are behind the whole thing. Now we hate them even more than we hated the commies. Come back, Karl Marx, all is forgiven.

If my research is accurate, which it may well not be, Australian workers started this nonsense way back in 1856. They used their underground communications network to organise a work stoppage on the 1st of May. Were they demanding that their bosses stop treating them like a bunch of expatriate convicts? Did they want medical aid and pension benefits? No. They went on strike to push for an eight-hour working day.

That’s right. The Australian proletariat is directly responsible for us having to work from eight to five with one filthy hour for lunch. What were they thinking? If they had started out high with a five-hour day, they could have settled for six and the world would be a better place today. As if it wasn’t enough that they gave us Port Jacksons, Kylie Minogue and a cavalier attitude towards women.

New information has just come to light. The Australians might not, after all, be to blame. But you won’t catch me apologising. Not now, not ever.

It seems the lazy Pommy bastards are at fault. Or, more accurately, one Pom in particular. His name was Robert Owen, a heavy-handed, dogmatic authoritarian who was alternately revered and cursed as the father of English socialism – an ideal that today can be found bleeding and gasping its last in a gutter off Brick Lane in the east end of London.

It was in 1810 that Comrade Owen unilaterally instituted a 10-hour day at his sweatshop in New Lanark and proceeded to demand the same for workers throughout England. The government, much like the unemployed of the time, thought he was mad. It took seven years and a high staff turnover for Owen to realise his mistake. It was on a Saturday night, after a hit of particularly good opium, that the cranky old socialist came up with the slogan, “Eight hours labour, eight hours recreation, eight hours rest.”

The idea looked good on paper, but, as we have all discovered at one time or another, eight hours of recreation quickly turns into twelve. Factor in hot monkey sex followed by gnarly rush hour traffic and you are left with maybe three hours of rest. Which means that maybe one out of the eight hours of labour will be productive, with the rest being spent slumped in your chair slack-jawed and drooling.

The British government, careful as always not to be seen to be caving in to pressure from a socialist, implemented Owen’s original demand 37 years after he made it. With a rider, of course. Only women and children would benefit from the new 10-hour day. Men would continue working until they dropped. And they still are. Well, maybe not since the dole made it possible to acquire a heroin habit, a Mohawk, a full body tattoo and still earn the same as an entry-level astronaut.

That was then, before Britain became an American colony. Before America realised the danger of setting aside one day of the year for the bourgeoisie to rally around. They already had Thanksgiving Day, a day devoted to the Pilgrims who all took a long shower after breaking in Pocahontas down at the river, thereby ensuring a solid defence if any Puritan had to be accused of spreading dread diseases throughout the New World.

The children of the Mayflower generation should be made to crawl on their hands and knees across shards of glass every fourth Friday in November instead of ramming turkey and candied bourbon flavoured yams down their ungrateful white throats.

Even the Roman Catholic Church co-opted May Day, announcing in 1955 that the 1st of May would henceforth be known as the day of Saint Joseph the Worker. This did little to stop virile pagans from committing random acts of degeneracy in the name of the great unwashed. Besides, anarchists and other dubious radicals of their ilk know Joseph more as a man who made his wife pregnant and then claimed afterwards that he hadn’t laid a finger on her.