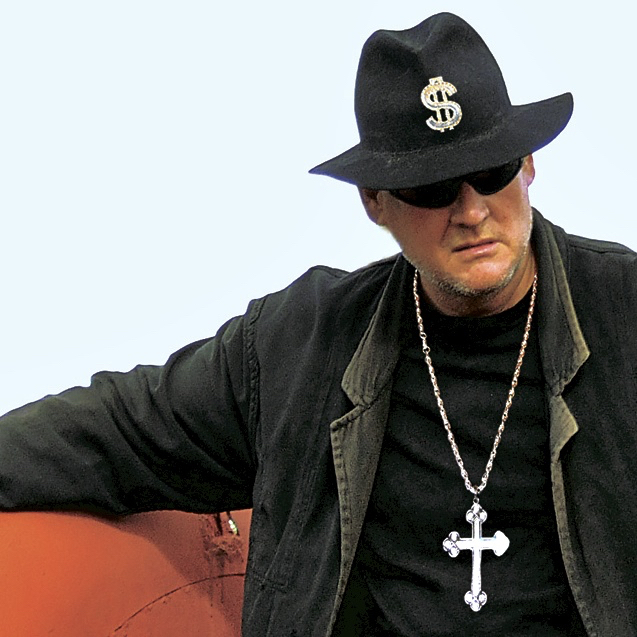 Forgive me if I have your title wrong. I imagine you are called something far more illustrious than Principal. The Ku Klux Klan, for instance, have fabulous titles. You have to admit that Grand Wizard sounds a lot more powerful than Chief Rabbi. I suppose titles don’t really matter, although it is weird that you both claim to be God’s chosen people.

Anyway. Let us not get bogged down quibbling about who the Lord loves the most. I am writing to congratulate you on taking action against those two grade nine pupils who knelt in protest during the playing of Hatikvah, the Israeli national anthem, in a graduation ceremony last week.

As we all know, this “taking a knee” business was started by black American football players almost two years ago. I can’t remember what they were demanding. Vodka and crack whores at halftime, I expect. That’s the schvartzes for you.

Your latter-day Colin Kaepernicks are insurrectionists of the first order and I only hope your disciplinary action is severe enough to deter others from following in their footsteps. As Yahweh or one of his designated ghost writers said, “An eye for an eye and a tooth for a tooth.”

In this instance, though, they took a knee. So you take a knee. This form of retribution was popularised by the paramilitaries during the Troubles in Northern Ireland. Please. Those weren’t Troubles. What’s happening at Herzlia Middle School right now? That’s real Troubles.

I understand that the atrocity occurred when the school’s Vocal Ensemble – or, as they are known in Israel, the Reserve Orchestral Battalion – began to sing the Israeli national anthem. How dare these traitors show such disrespect for the homeland? Once you are done with the kneecapping, I urge you to conduct DNA tests on the infidels. I would be very surprised if you didn’t find traces of Gaza in both of them.

The goyim filth might argue that this is South Africa, not Israel, and that you have no right to force anyone to sing, stand or weep during the national anthem of another country. Should you be confronted with this argument, I suggest you immediately declare a six-day war. It worked in 1967 and … come to think of it, our army is so out of shape that you wouldn’t need much more than a few hours. Yours will be known as the Tuesday Afternoon War and on Wednesday the Knesset, I beg your pardon, the governing body, will announce that Herzlia Middle School is an occupied territory and the school grounds, including Devil’s Peak, are henceforth a part of Israel. Hell, why stop there? Take the entire city bowl. Drive out the junkies and the queers, the anarchists and the property developers. Put up a wall if you have to.

I believe the horror of the treacherous kneeling incident sparked an email to parents from the school’s director of education, Geoff Cohen. An email? The man is a liberal. Get rid of him at once. Whatever happened to the old Likud maxim of minimum restraint, maximum force? I suppose it might be difficult to target just two boys. Still. Thanks to people like Benjamin Netanyahu and successive American presidents, collateral damage no longer has the poor reputation it once had. Then again, you bomb the school, what are you left with?

Geoff Cohen told parents that kneeling during an event of this nature was “inappropriate” and “demonstrated deliberate and flagrant disregard for the ethos of the school”. This man, Cohen. Have you had him checked out? Try to get some of his DNA. A true Israeli would not use pacifist words like “inappropriate”. Here, I am thinking of Israel’s heroic defence minister Avigdor Lieberman, who resigned a few hours ago because the cabinet voted for a ceasefire after only two days of bombing Gaza. He said this was tantamount to “surrendering to terror”.

I implore you, sir, to not surrender to terror. It starts with taking a knee and ends with goys wandering onto the school grounds and blowing themselves up. Please note that goys is not a typo. Some of my best friends are gay and Jewish and are quite happy to blow almost anything except up.

Cohen accused your two renegades of “blatantly flouting Herzlia’s Zionist values and the values of Herzlia’s menschlichkeit pillar”. I know not of this pillar. It has the ring of a German word. Please be assured that I have no German friends. I did have sex with a German woman once but if you had to see a picture of her, you would understand and forgive me.

That backsliding Cohen fellow wrote in his email that while pupils were allowed to take a view not aligned with the ideology of the school, they needed to choose the time, place and manner in which to express their views. The place and time was obviously the siege of Jerusalem in 1099 and the manner was … I don’t know. Slingshots were popular back then. As they are today among the Palestinians who, for religious reasons, refuse to use fighter jets, tanks and automatic weapons to secure their freedom.

I read a report quoting someone called Daniel Linde, a lawyer with something called the Equal Education Law Centre. He said that he had “much admiration for the Herzlia pupils who had bravely knelt during the the singing of Hatikvah at prize giving”.

This is outrageous. Who is this heathen? I know that Daniel was a Jewish lad who went into a lion’s den. I can’t remember why he did that. It doesn’t seem very sensible. But Linde? That is obviously derived from the original Lintfullah-Shihab-al-Din-Rahman. Like Trump who changed his name from Dumpfuk when his parents emigrated to America.

I see on your website that your school is aimed at providing a “Jewish and secular education to the Jewish youth of Cape Town, regardless of religious affiliation”. I read that sentence several times and have now started drinking heavily in the hope that it will eventually make sense. It hasn’t and I am now quite drunk.

Your wobsite also … no, that’s not right. I don’t know what is a wobsite. Your website, though, also says this: “As a leader in academic excellence and child development, we understand that this is the age for experimentation, creativity and exploration.” Noble concepts, indeed. Just make sure the treacherous little fuckers don’t stray beyond the borders of the sole and authentic kingdom of Zion.