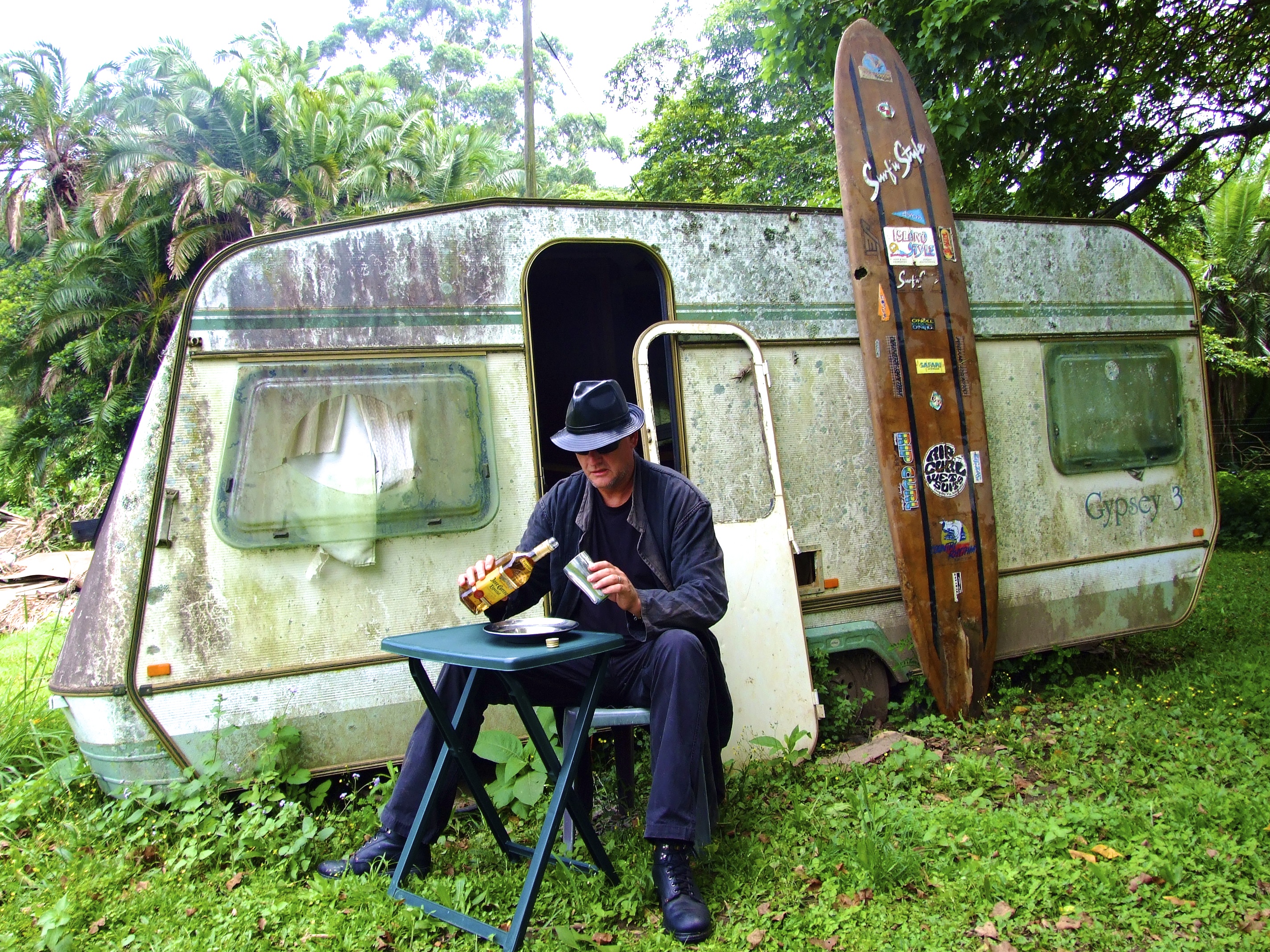 How did you get into writing?

When I was around five years old, I was sent to this building that had lots of rooms. A strange woman gave me and some other children coloured pencils and made us copy the alphabet. It just kind of snowballed from there. The army went some way towards helping me choose a career in writing. As a signalman, I had to learn how to type. When I came out of the army, the only thing I could do was type. That’s not strictly true. I also learned how to drink and how to shoot a gun, neither of which helped me much when it came time to choose a career. Being able to type like a demon meant that journalism was an obvious choice. I knew writing was for me because it’s one of the few professions you can do while lying in bed drinking beer.

How many words do you write in a day?

It all depends on whether or not I have a deadline. I am not one of those writers whose heads will explode if they don’t do ten thousand words by lunch. I write for money. I am a complete whore and I can’t believe I’m doing this interview for free.

Describe a day in your life?

They’re all the same, really. Wednesdays, for instance, are no different to Sundays. That’s one of the curses/blessings of being self-employed. That’s a euphemism writers use. It sounds better than ‘jobless’. I wake up early, around 10am, and look out the window to see which way the clouds are blowing. This tells me if the wind is offshore at Muizenberg or on the other side of the peninsula at Kommetjie. I will then put on my wetsuit, strap my surfboard to the roof of my car, and head out in search of waves. Surfing helps keep me sane. It also helps me to avoid doing any work. I’ll surf for a couple of hours, then go for a pub lunch. That takes me up to sunset, at which point I go somewhere else for sundowners. I prefer to start writing just as the sun has sunk below the horizon. There is something in that soft light that I find very inspiring. There is also something in beer that I find very inspiring.

Advice for people who want to become writers?

They don’t need advice. Everyone is already a writer. Twitter, Facebook, blogs, websites. Everyone old enough to figure out a computer keyboard is a writer. Some are good. Most are appalling. If you want to become a serious writer and make serious money, you will need to emigrate. Or, at the very least, find a publisher overseas. There are only seven people left in this country who read, and four of them would rather buy a case of beer than a book.

How is writing a column different from writing a book?

A column takes four hours to write. A book can take anything up to four days. That seems to be the case with some of the drek I’ve seen on bookshelves lately. Also, writing a column is a lot more fun. You can play loud music, carry on a conversation and drink heavily. Columns are written by the attention deficit for the attention deficit. Books are utter bastards to write. You need to concentrate for long periods of time and work in complete silence and isolation. If you are an alcoholic misanthrope who knows how to spell, the odds are you’d make a great writer.

What do you think of social media?

Antisocial media suits me because I prefer communicating with people from a distance. It’s also a voracious consumer of one’s time and has the capacity to turn bright, ambitious people into dribbling vegetables in an alarmingly short period of time. One does on occasion stumble across nuggets of moderate genius, but trawling Twitter and Facebook is by and large an overwhelmingly depressing experience because one is constantly reminded that the world is populated almost entirely by ill-informed halfwits not bright enough to realise how dumb they are.

What do you think of all these literary festivals?

I think they should be banned. If you want to know what’s in a writer’s head, buy his or her books. That’s where you will find the valuable stuff. People too often mistake writers for performers, for celebrities. We’re just conduits. Words pass from our brains, through our fingers and into our computers. If they’re good enough, they get published.

It is all very well writing a book but how do you market it, how do you get those sales rolling in?

“Rolling in” might be pushing it. Unless you write a book about rugby or a kid at a snooty private school in the KZN Midlands, it’s going to be more a case of royalties trickling in. Publishers are meant to do the marketing, but all too often their budgets are limited to three bottles of wine and a plate of snacks at the launch. Authors are increasingly expected to help with the marketing. That’s why I’m doing this interview. Hopefully tens of thousands of people will read this and rush out to buy my new book. It’s not easy marketing a book in a country where most people are only interested in things they can drink, drive, eat or wear. We need to find a way to turn books into status symbols. Or authors into celebrities. I know I said earlier that authors shouldn’t be regarded as celebrities, but I’ve changed my mind.

How can people buy your latest book?

The best way is with money. Cash or credit cards, I don’t mind. They can find it in bookstores. If they’re not sure what a bookstore looks like, it’s the shop with nobody but the staff inside. They can also order it online, either in book form or as an ebook. It’s probably safer than going out.

5 thoughts on “An interview with the author”