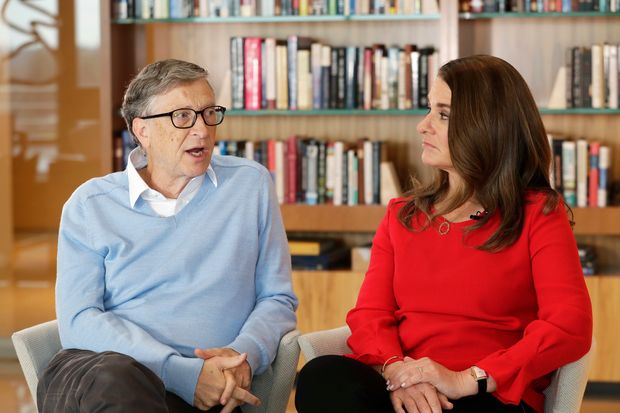 I wrote to Bill Gates three or four years ago after he was bumped into second place on the World’s Richest People list. I predicted trouble back then, so it came as no surprise to hear that he and Melinda are divorcing. Bill is currently languishing at number 4 on the rich list. Four! Obviously this was going to happen. Here’s what I wrote back then:

Please accept my heartfelt condolences. The news must have come as a terrible shock and my prayers are with you and your family during this difficult time. Nobody deserves to wake up in the morning and discover that their world is crashing down around them before they have even had a chance to dip into a simple breakfast of grilled Coelacanth drizzled with ambrosia.

When I saw the headline, “Gates No Longer World’s Richest Man!” I wept at the injustice of it all. How are the children bearing up? It can’t be easy for them. On Tuesday little Phoebe, Jenny and Rory are the most popular kids in school and by Wednesday they’re wearing oil-stained rags and mugging pre-schoolers for their lunch money.

You once said that when you die you don’t want to leave your children the burden of tremendous wealth and that’s why you would only bequeath them $10 million each. Please let them know that if they ever run short they can call on me any time. What’s mine will always be theirs. And I hope there is no reason to think the reverse doesn’t apply.

Melinda must be taking it hardest of all, what with people coming up to her in the street and saying cruel things like, “Aren’t you married to that loser who is no longer the richest man in the world?”

A word of advice, Bill. Keep her close. Even though money might be tight, buy her shiny baubles and fresh flowers now and again. Not garage flowers. She is nine years younger than you and I expect her eye will begin wandering now that you are on the skids. You don’t want to be fending off packs of salivating divorce lawyers.

But let’s get back to what is really important here – the imposter who has usurped the richly deserved title that you have held for so many years. Jeff Bezos? Who does this interloper think he is? And what the hell is Amazon besides a glorified courier service?

Did you learn nothing from 2008 when Warren Buffet briefly knocked you off your perch? And what the hell kind of name is Buffet, anyway? It’s not even a name – it’s a cheap method of feeding large numbers of people without having to hire waiters.

Also, Buffet made his money by selling ice cream and razorblades to diabetics and manic-depressives. You at least gave us computers. For god’s sake, don’t let him overtake you again. Second place is okay, but if you drop to third it’s all over, my friend.

Quite frankly I’m not surprised you got bumped from the top spot. You make hardly any money at all these days because everything is pirated. Millions of computers get sold each year in China alone and you don’t see a blue cent. A few years ago you spoke at the University of Washington and said, “As long as they are going to steal (software), we want them to steal ours. They’ll get sort of addicted, and then we’ll somehow figure out how to collect sometime in the next decade.”

Meth dealers use a similar strategy when targeting primary schools in the Western Cape.

Then again, you’re probably going broke because you resigned from Microsoft four years ago. What were you thinking? Middle-aged white men like you and me need to hang on to our jobs. Actually, I got fired the other day. We’re in the same boat now.

I believe you deleted your Facebook account because nobody wants to be your friend anymore. Screw them, Bill. If they don’t want to know you because you’re down to your last $95 billion, they were never real friends in the first place.

Let me know if you need a loan.