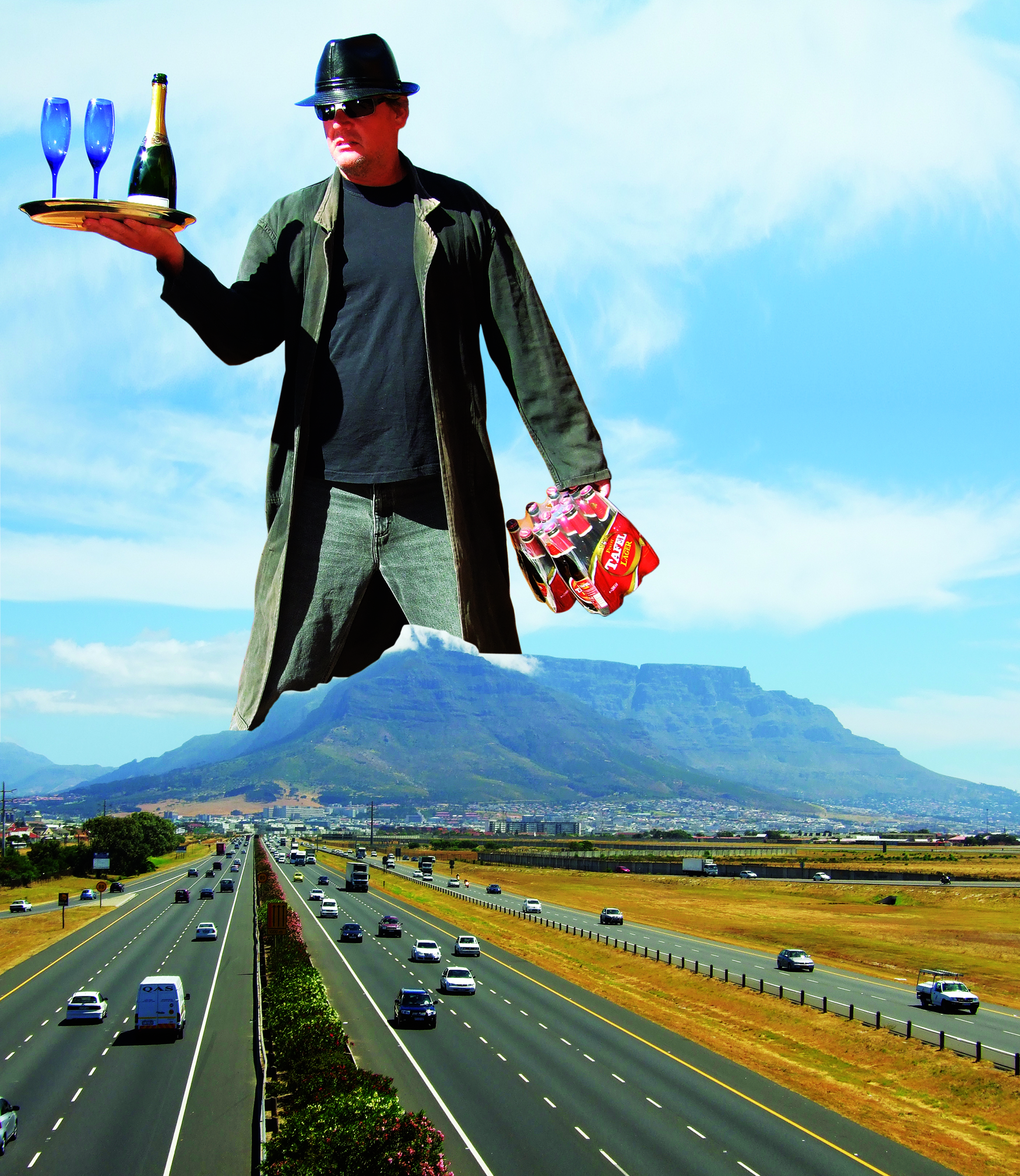 South Africa has overtaken Britain as the world’s foremost nation in whining and complaining. Service is too slow. Crime is too high. Standards are too low. Too many taxis. Not enough sex. Too many white people. Too many black people. Not enough rain. Too much rain. On and on and on we go.

Sure, every nation complains. But many of them take it a step further. We complain, then sit back and wait for something to happen. And when it doesn’t, we complain some more. Then we shake our heads and talk of emigrating, but then we have a braai and get drunk and suddenly this is the best country in the world to live in.

Our newspapers devote acres of space every month to complaining. Pick up any daily or weekend paper and you are guaranteed to come across an editorial, column or letter written by a professional complainer.

How long will it take before the penny drops?  Hundreds of months? Thousands of years? The people you are complaining about could not give a rat’s arse. The only time anyone responds to a complaint is if when it’s directed at them by a person who has influence over their salary or their job security.

Everyone, with the exception of artists and the homeless (often one and the same), wants to make as much as money as possible by investing the least amount of time and exerting the tiniest amount of effort. I am one of those people. However, I work for myself and were I to shrug off complaints, I’d soon enough end up sleeping beneath a culvert with a toothless crone pawing at me for another suck on my tik pipe. Not that I get complaints. Or work.

There has to come a time when we complain and then, after a decent interval of nothing happening, we change tactics. We get rude. Death threats, whether issued by mail or telephonically, have been known to get results. If that fails, we step it up a notch and take to the streets. If you’re a whitey, ask a darkie to teach you how to make a petrol bomb. Give him some money to make one for himself. It’s that kind of bonding that will be the salvation of this country.

Politicians throughout the ages have forced people to use violence to bring about change. If only they’d just do what we ask them to do, we could avoid all this bloodshed. Governments aren’t overthrown because they refuse to meet demands for free weed and beer fountains on every corner. They get their metaphorical heads chopped off because people want jobs and houses and affordable food and fuel and the people who are in a position to provide these things either can’t or won’t do it.

Fuck the Jabberwock, my son, for ‘tis nothing compared to the underclass. The jaws that bite, the claws that catch. Beware the Juju bird!

You’d be an idiot not to have a vorpal blade in these tense times. I have not yet had cause to use mine, so I know not whether it goes snicker-snack. I hope it does. You can’t return a vorpal blade. Not in these parts, anyway.

We don’t hear much about the underclass in this country. And for good reason. What? You mean there’s another class below the working class? Good god. Where are our passports? Chanteclaire, get the children into the Range Rover. Hurry! Bring the Faberge eggs! Leave the horses!

The underclass is allowed to vote, even though they pose the greatest threat to us all. This is why they say democracy eats its children. I don’t know who said that. Perhaps I dreamt it.

The existence of the underclass is the only reason the EFF has a presence in parliament. Even though their support base is more lumpen than it is proletariat, turn your back on them at your peril. France has plenty of second-hand guillotines they’d be happy to offload on a country with a 0.6% growth rate.

Unlike Britain, we don’t really have a class system. I’ve worked it out, though, and if we went down that road, we’d have eighteen distinctive classes ranging from lower underclass, through middle nouveau riche and all the way up to upper old money, also known as the Oppenheimer class.

Anyway. Where was I? Ah, yes. Complaining. You know what I hate? People who, when you ask how they’re doing, they say, “Alright, I s’pose. Doesn’t help to complain, does it?” I want to shout, “Look over there!” And when they turn to look, I sink my teeth into the fleshy part of their neck and shake them. You gutless drone. Governments love people like you. The given-up. The what’s-the-point brigade.

My job is to find fault with society but I’m not going to back it up with action unless you yellow-bellied bastards are prepared to back me up. I don’t want to be riding into battle against the riot squad and turn around to find you’ve all buggered off to the pub.

This week’s complaint, which requires no drastic action on my part, concerns one of my favourite pubs. I am outraged, not least because my opinion was never solicited before the sweeping changes were implemented. The yuppification of this former house of ill repute will go down as an atrocity second only to Hitler’s invasion of Poland.

It was one of those bars with wooden tables, wooden benches and people you wooden want to take home to meet your mother. Rastas ran the bar, a giant TV played terrible music or sport and stray dogs came and went as they pleased. Neighbours complained regularly. It was great. Now it’s all chrome and glass and ergonomically designed plastic chairs.

Instead of lurking with intent against the far wall, the old bar now cocks its naugahyde hips and poses cheekily as a central feature of the room. The stairs leading down to the bathrooms, which take on Everest-like proportions the later it gets, and which have seen far more casualties than the mountain ever will, now have some kind of effeminate mosaic thing going on. It is now frequented by hipsters in ironically trimmed beards and, god forbid, families.

My waitress was a young white girl, all teeth and no brains. Her manner was awkward and her forced laugh set my eyeballs on edge. She said it was her first time. As a waitress or among people? I couldn’t be sure.

She waited until my mouth was full, then ambushed me and began enquiring about my pizza. It turned into an interrogation. My phone started ringing and still she wouldn’t stop. “It’s very colourful, isn’t it?” she said. Could she not see my mouth was stuffed with pizza? Could she not hear my phone ringing and that I was waiting for her to shut up so that I could answer it? Apparently not. Apparently my pizza was so vivid and exciting that we needed to discuss it as a matter of some urgency.

When I asked for the bill, she said, “Not a problem.” Are there restaurants where asking for the bill is a problem? “I’m sorry, sir. You haven’t eaten enough to warrant dirtying the cutlery and a napkin. You will have to order another course before we can allow you to pay and leave.”

She brought the bill and stood there while I fished out a couple of hundreds. Then she asked a question I’d never before been asked in a restaurant.

“How much change would you like?” Well, honey-bunny, I’d quite like all of my change, if you don’t mind, and then I shall decide whether or not to leave you a tip. Too polite to actually say that, I found myself being pressured into making lightning fast calculations using nothing more than my head. She didn’t try to help, either. I sat there going, “Ummm. Ummm.” She must have thought I was trying to come up with some sort of figure. I wasn’t. I was just going ummm because I didn’t know what else to do. Customers shouldn’t be put in this position. Working out twelve percent of R97.45 and then relating that to the change from a R200 note is the sort of thing you go to Harvard to learn.