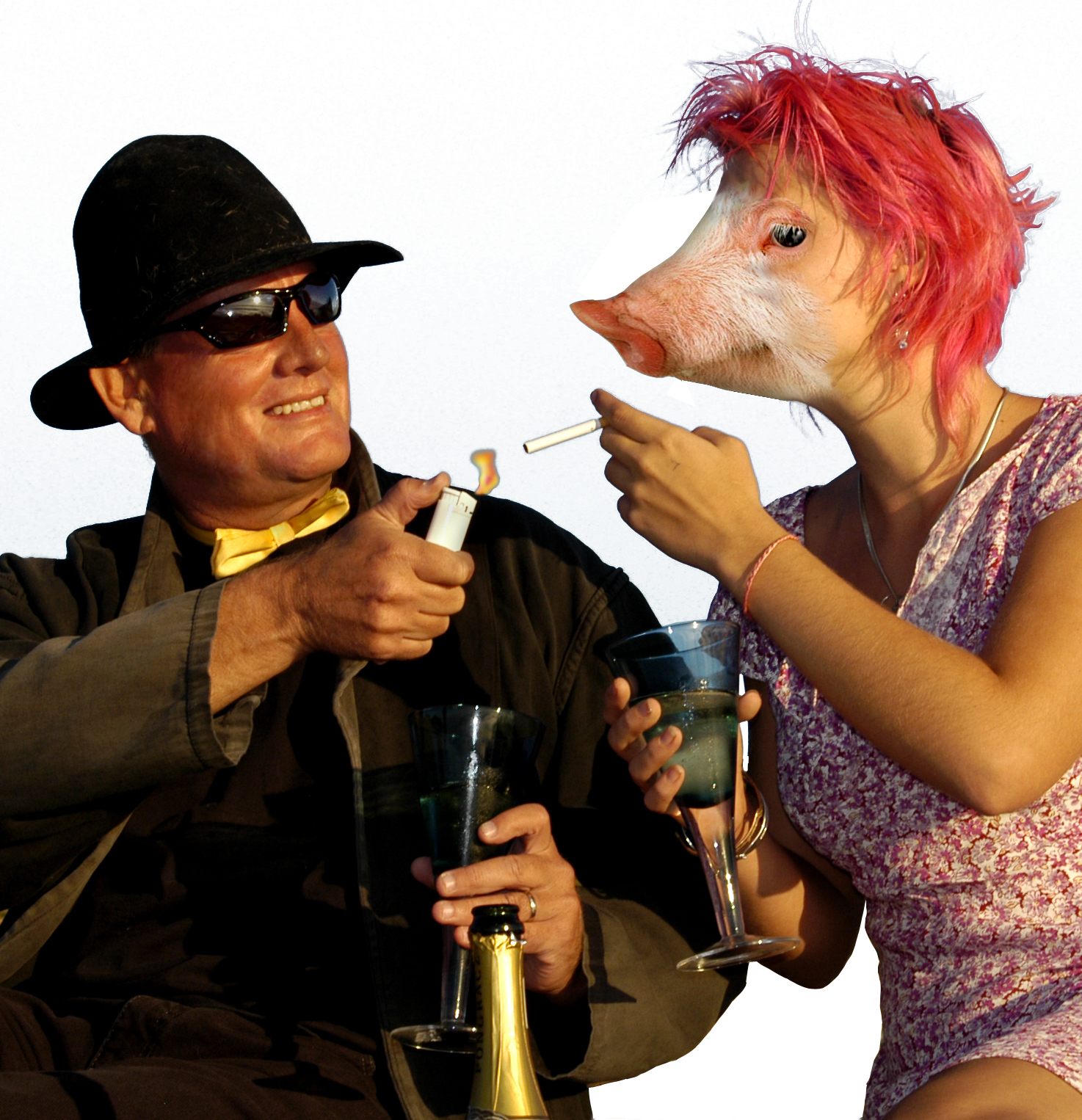 With a few notable exceptions, journalism in this country is going to the dogs. I, on the other hand, am going to the pigs.

Setting up a rudimentary office in the outside section of a rustic beach bar called Bowie’s Point in Costa Rica recently, I befriended the resident sow. She was twice the size of Os du Randt but with none of his easy charm and eloquence. I named her Ox. She was developing quite a taste for piña coladas before the manager interfered. I explained in broken Spanish that pigs were people too and had rights just like us but something got lost in translation and he threatened to call the police.

I missed Ox terribly when I got home, so you can imagine how I felt when my eye fell upon the latest edition of Farmer’s Weekly and saw the cover swarming in little pink piglets doing something unspeakable to their mother. I have always found images of multi-nippled mammals feeding their young to be deeply disturbing. All that squealing and sucking. It’s just not natural. But it’s different with pigs, somehow. You expect this kind of behaviour from them.

The cover promised to teach me the lessons learned on the way to commercial success, something I have never achieved. If my parents had suggested pig farming instead of journalism, I wouldn’t be sitting in this dungeon trying to meet yet another draconian deadline. I’d be jetting around the world giving TED talks on how pigs can make you fabulously wealthy. At worst, I’d be the editor of Farmer’s Weekly, getting other people to write for a pittance.

Paging eagerly to the pig story, I soon discover that farmer Jason started out with three Duroc gilts. Three what? I don’t know about that. You start giving them fancy names and the next thing you know, they’ve turned the cats and dogs against you. Animal Farm wasn’t fiction.

Jason said that when selecting a sow, he looks for well-shaped, prominent teats and strong, straight legs. Don’t we all, Jason. Don’t we all.

He said that from a young age he dreamt of becoming a pig farmer. Ah, if only I could have had those dreams and not the kind that made my mother angry because apparently there was something not right with having to wash a growing lad’s sheets three times a week. It was her fault for letting me watch Dallas. Blame Charlene Tilton, not me.

Jason began by borrowing a boar from a friend. I’m going to give it a shot. I’m ringing Ted in the morning and asking if he has a spare boar I can borrow for an hour or two. That won’t work. He knows I’m not a returner and it’s unlikely he would risk losing an entire boar along with a hundred books and all his power tools.

Later, Jason bought seven weaners and a Large White. Is this farming or ordering at Starbucks? This is going to be more complicated than I thought. Then he began crossbreeding. I’ve always supported the idea. It’s only once everyone in the world is the same shade – somewhere between mocha and macchiato – that the race card will be slipped back into the pack never to be drawn again.

Oh, wait. He had the Large Whites banging the Duroc gilts. He doesn’t say what their children look like. Large Durocs, I imagine. Among them, maybe even a White gilt. Our country could do with more of that.

Considering Jason slaughters at least 10 pigs a week, it’s unlikely he becomes overly attached to them. He probably has a soft spot for the boar, though. I don’t mean that literally.

Breeding with all the determination of a devout Catholic, girl pigs spawn around 24 piglets in two batches every year. The kids get to spend five happy months with mom and then it’s into the truck and off to meet their ungulate god so that we may braai and breakfast like champions.

Not sure I’m up for the slaughtering part of it, to be honest. I’m a bit of a failure as an apex predator. A disgrace to my species, quite frankly. I’d give all my pigs names and let them have the run of the house. I’d teach them to find me truffles and buried treasure and we’d all wallow happily in our own filth until we died of old age. Or porcine parvovirus.

Thing is, tasting like bacon is every pig’s cross to bear, but we should remember they are sociable and intelligent, which gives them at least one thing in common with us South Africans.

Perhaps I’ll stick with journalism. Casting pearls before swine might not pay very well, but at least nobody dies.

6 thoughts on “Drinking with pigs”