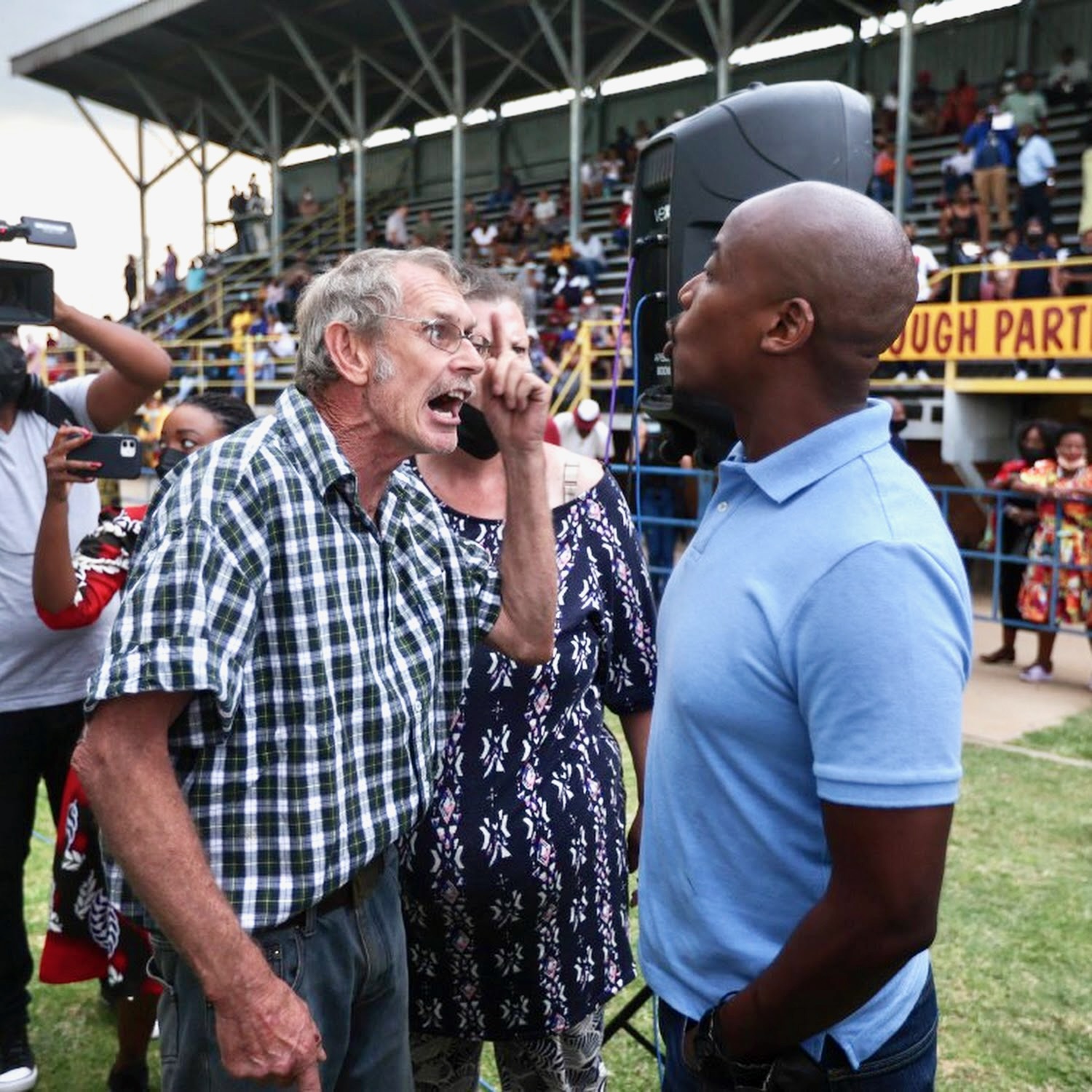 There was a photo in a Sunday newspaper of an enraged white man shouting at an annoyed black man outside Hoërskool Jan Viljoen, a hideous neo-Calvinistic throwback named after an education minister who served at a time when righteous laws like the Group Areas Act, the Immorality Act and everyone’s favourite, the Population Registration Act, were being passed in parliament. 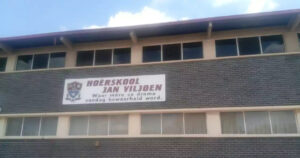 The school is in a godforsaken town called Randfontein. To be fair, I don’t know the area very well. Spending time in Randfontein is something I hope to never do. No good can come of any town that ends in “fontein”. Yes, I know it means fountain and fountains are supposed to be happy, sparkly things. But in many of these places, the fountains have either dried up or been smashed by poor people who need something to throw at the police.

When I was in the army, some of us would go to a place called Fountains in Pretoria when we weren’t being murdered by PT instructors. I remember there being a lot of bush and water of some kind. I think it might have been government land set aside for psychotic troopies to blow off steam rather than their staff sergeant’s head. While running amok one Friday night, a demijohn of Paarl Perle crooked in my elbow, I bounced heavily off a length of barbed wire strung between two trees. It was probably the remnants of a fence erected by Paul Kruger, but I prefer to think it was an MK ambush. That way I can tell people I saw action on the border (of Groenkloof and Muckleneuk). Being a trained soldier, I lay there laughing and weakly crying for help.

Anyway. This isn’t about my exploits as a war hero. I was talking about the photo of the angry men shouting at each other across a yawning chasm spanning generations of ingrained prejudice. Some found the image troubling. Shouldn’t be happening 48 years into democracy, or however long it’s been, they said.

Thing is, racism will only die out once the country is inhabited entirely by people of the same colour. No white. No black. Just a soothing shade of café au lait, thereby rendering racial discrimination redundant. It’s why Verwoerd and PW Botha didn’t want whiteys getting jiggy with the Others. They knew it could only lead to the end of racial discord, and what kind of terrible world would that be?

Once we’re all the same colour, and Herman Mashaba’s great-great-grandson is president and there are no more foreigners in the world, we can be like France or England and discriminate purely on the grounds of class. Now that’s something to look forward to.

For now, though, we need to make some changes to our national symbols. Our coat of arms makes no sense at all. In my case, literally. I had to turn to Wikipedia for help. Apparently it’s “a series of elements organised in symmetric egg-like shapes placed on top of one another”. What the hell is this? The time for balancing eggs is long past. Lose the eggs and let’s have a black face and a white face, confrontational and rampant.

“The first element is the motto, in a green semicircle…” That needs to be changed to red and white. Red for the blood that must still be spilled and white for the seed that will make us one nation, indivisible by race.

“The shape of the shield makes reference to the drum, and contains two human figures from Khoisan rock art.” So is it a shield or a drum? It’s these oblique references that confuse everyone. Take a stand, for heaven’s sake. Worse than Ramaphosa. Yes, this is Africa, but do we really need to be reminded? Our liberators are carrying Louis Vuitton bags and stolen Vektor Z88 handguns, not shields. And they’re beating their wives, not drums.

We can do away with the two human Khoisan rock art figures because, quite frankly, they look as if they were drawn by Beezy Bailey on one of his off days. Replace them with two lawyer figures, one representing the elitist, intransigent right (AfriForum) and the other the hypocritical agents provocateur on the left (EFF).

The motto could still be written in the Khoisan language, but instead of a doomed message like “diverse people unite”, let it be writ as “fuck you all”. Given the way these people have been treated by every government since Jan van Riebeeck sashayed ashore with a cabin boy in one hand and a hashish pipe in the other, I have no doubt they can express the sentiment more than adequately.

Speaking of which, I understand there’s a crisis in Cape Town. For once, it doesn’t involve homelessness, gunfights on the Flats or cyclists complaining about the southeaster. With parliament a smouldering ruin, there is nowhere to put our MPs.

“We have to do legislation,” they cry, waddling about the city like giant, overfed penguins.

Let them return to the way of the Khoisan. Hold sittings around a Table Mountain pine tree. Everyone gets a chance to speak and nobody leaves until consensus is reached. While that’s happening, we’ll get on with running the country.

4 thoughts on “Ebony and ivory live together in perfect disharmony”