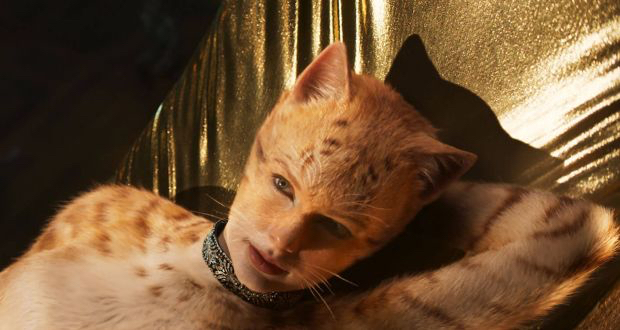 Today being International Cat Day, I was reminded of the time my wife moved out.

As a parting gift, Brenda left me the cat. No doubt it will become a bargaining chip once papers are served. It is not for nothing that analogies are drawn between cats and dogs and men and women.

For instance, philanderers are often called dogs. We are quite proud of this. I was once called a pig, which didn’t hurt anywhere near as much as it should have. Which just goes to show that women can call a man pretty much anything and get away with it. Just don’t call us Roger if our name is Brian. That’s where we draw the line. Abuse us if you must, but at least get our names right.

Women, like cats, constantly groom themselves. However, most women use modern technology for this. There are only a few left in Fresnaye who freshen up the old way by rubbing their faces after licking their hands.

Cats and women alike tend to hiss and spit and use their claws when the dog comes home late and unsteady on his feet. And both have high-pitched plaintive voices and will sit on your lap if they want something badly enough.

Dogs, like men, also wee standing up. Women crouch, like cats, and if they see you watching them, they leap up and go running skittishly through the garden. Luckily, they don’t climb trees. Men have enough to worry about without strange women landing unexpectedly on their heads every time they step outside.

But none of this explains why dogs chase cats. A man will chase a woman simply because he is driven by a primal need to copulate. Or because he wants his credit card back. But mostly because he wants to mate. With his own species, mostly. I can’t speak for Australians, here.

I suspect that dogs are indeed physically attracted to cats, what with their small noses and impeccable table manners, but they know that if they tried any funny business they would be left with one eye hanging from its socket. Dogs already have a self-esteem problem. They don’t need cats making it worse.

Anyway, nobody has ever seen a cat having sex. Go to any park or beach and you will find yourself knee-deep in fornicating hounds of every pedigree. It is an eternal mystery how girl cats fall pregnant.

One day Trixi is nibbling daintily on her Petley’s chicken with prawn-flavoured jelly and that very evening you find her in your shoe cupboard with your veldskoens covered in afterbirth and six mewling kittens sucking on her nipples.

Dogs and men share a mutual inability to grasp the concept of monogamy. Obviously this is the reason why a dog, and not a woman, is a man’s best friend. They invariably end up alone looking at each other with big dumb eyes and blank expressions wondering what the hell happened. The fact that they can’t actually talk to one another is not an obstacle. They communicate on a far deeper level.

In fact, communication has destroyed many healthy marriages. Talking only leads to misunderstandings. It provokes recriminations and incites explanations. Banter becomes threatening at the turn of a syllable. Little words are fired like tracer bullets while the bigger ones are lobbed like mortars the moment your back is turned. There is a reason that divorce and homicide is virtually non-existent in the mute community.

Women who constantly press their men to open up emotionally invariably end up regretting it. When a grown man spills his guts, it’s not a pretty sight. The lounge walls are left dripping in repressed childhood hang-ups that can be resolved only through matricide.

And don’t ever, ever ask him what he is thinking. It may seem like an innocent question but it has been known to spark running gun-battles. In my house, anyway.

Instead, bring him a beer and take your top off. The odds are heavily stacked that he will have been thinking about one or the other. And that’s the secret to a successful relationship. Actually, there are other secrets, but I charge for that kind of information.

For now, the cat and I are looking forward to being bachelors. It has just struck me that I don’t even know the gender of my new drinking buddy. I suppose I could check. Here’s what will happen.

The moment I have wrestled the animal onto its back and forced its hind legs apart like a spatchcock chicken, Brenda will walk in.