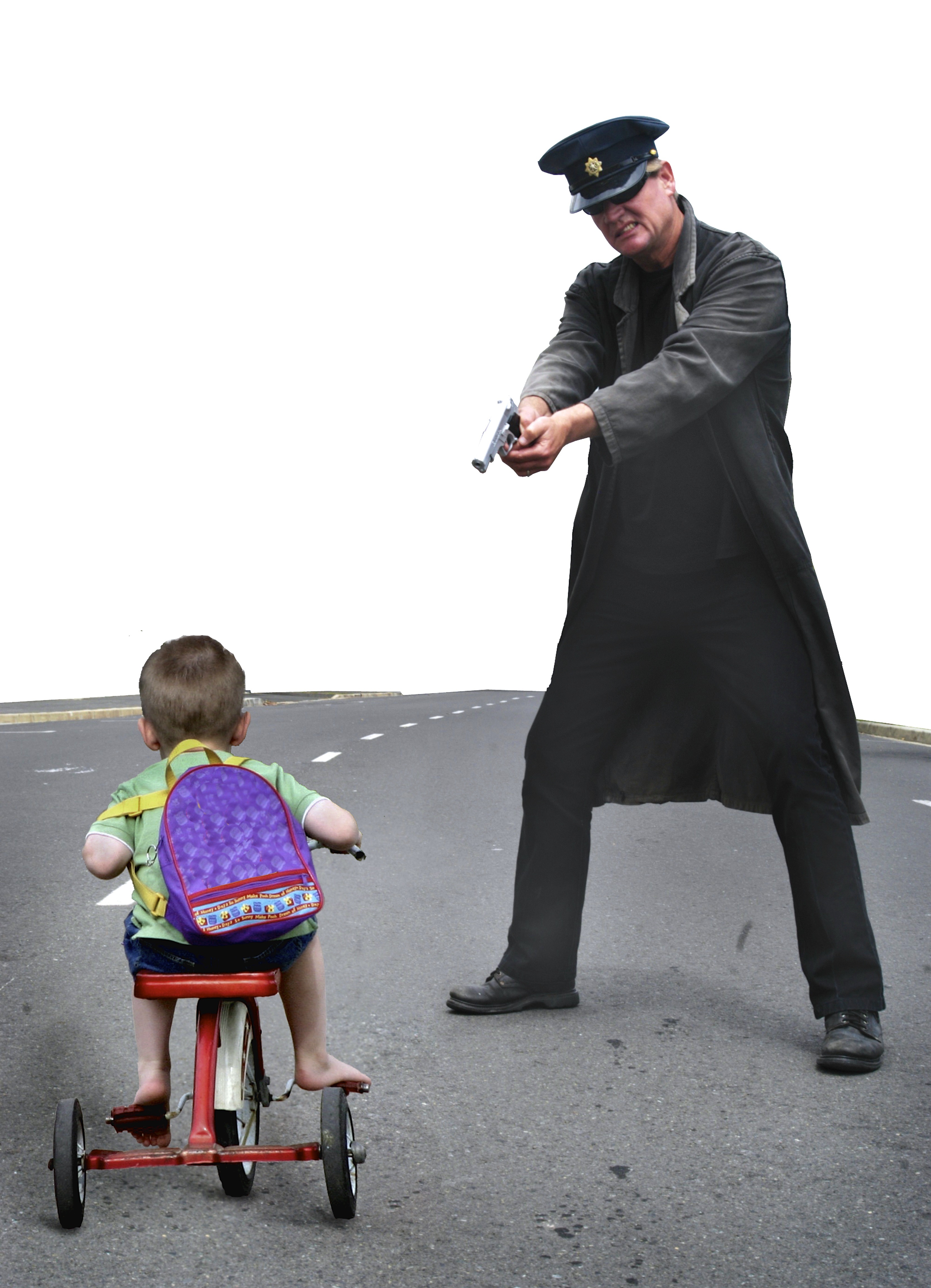 “The Constitutional Court on Wednesday upheld an earlier ruling by the High Court to do away with the common-law defence of reasonable chastisement when spanking a child.” In other words, parents no longer have a defence if they are accused of assault for smacking their children at home.

Today’s court ruling reminded me of something I wrote two years ago.

Zulu King Goodwill Zwelithini says the problem with education today is that teachers are no longer allowed to beat the children. Speaking at a gathering of principals and school governing bodies recently, the patron of education in KwaZulu-Natal emphasised that children needed to be corrected.

The best way to do this is not to put a red line through an incorrect answer, but to leave a red line on the idiot’s bum. That’s a mark he won’t forget in a hurry.

My school in Durban North was a hotbed of thrashings. I don’t know how the staff found the time to get any teaching done. Around every corner there was a line of boys waiting to be ordered to bend over and take it like a man. I grew up thinking this sort of thing must happen to men all the time. But it doesn’t. I have never once heard an interaction of that nature between two adult males. Well, there was this one time in a nightclub … never mind.

Another favourite method of discipline was throwing things. You’d be staring out of the window wondering who would win in a fight between a kangaroo and an ostrich and for no good reason at all, a blackboard duster would be launched at your head from close range. I got hit so many times that when I finished school I was diagnosed with minimal brain damage and had no alternative but to pursue a career in journalism.

The use of corporal punishment in schools has historically been justified by the English common-law doctrine in loco parentis, which means parents are morons and as a result teachers have the right to punish children in their care.

King Zwelithini said children were motivated to do their best simply by seeing a stick. Obviously this won’t work if they don’t make the connection between pain and the stick. It’s no good just showing them a stick and hoping it will act as a deterrent. All that will happen is they’ll go, “Oh look, a stick” and continue with their experiments in human sacrifice and adolescent impregnations.

Everyone must therefore have a taste of the stick for them to understand what it represents. Children are no different to hamsters or rats when it comes to learned behaviour. And the king is right when he says the stick needs to be seen. What better place to put it than on the education department’s logo? Right now the logo features a lion with a spear and a wildebeest with a knobkierie fighting over what looks like a giant Easter egg. My money’s on the lion. I can’t read the motto on this internet image. It’s too small and my eyes are too weak. Or maybe just lazy. They deserve to be beaten. But whatever it is, it needs to be changed to something in Latin, a language born from blood. Ledo illis non cognoscere, vel ad fugiendum has a nice ring to it. It means, Hit them until they learn or run away.

Thing is, the use of the rod is, I don’t know, so very apartheid era. The king needs to move with the times. Sticks are all very well, but they are dull and commonplace and wielding one requires no skill at all. Besides, bludgeoning is heavy work and teachers in humid KZN wouldn’t want to get their Pep shirts all sticky with sweat and maybe even blood. So instead of beating kids with sticks, I suggest we use stun guns or Tasers in urban schools and cattle prods in rural areas.

Teachers could also use pepper spray to help children understand the importance of looking at the blackboard instead of their cellphones. And reusable sound grenades delivering a 130 decibel sonic blast will get any kids’ attention, no matter how ADD they are. Using these modern methods will send a message to the world that we are technologically advanced and not to be trifled with.

King Zwelithini doesn’t say whether corporal punishment should be administered across the board. Or across the gluteus maximus, for that matter. Some teachers might prefer to whack an outstretched palm while others might express a preference for the soles of the feet. What I’m saying is, should girls be treated the same as boys? I don’t think it’s a good idea. Girls have an insatiable desire for revenge. Smack her and years later she will hunt you down and kill you and then kill your entire family and your family’s friends and all their pets. If you don’t believe me, you obviously haven’t watched the documentary Kill Bill.

Quite frankly, I don’t think the king takes it far enough. Why stop with wayward kids when we have so many ill-disciplined civil servants? When I first heard there was something called a Chief Whip, I assumed his job was to flagellate the buttocks of backsliding members of parliament.
There’d also be a lot less malfeasance, negligence and general time-wasting if each department was overseen by a Director of Punitive Measures who dispensed floggings to the incompetent and the crooked on Friday afternoons.

Our former police minister, Fikile “Fokofpolisiekardashian” Mbalula, once urged cops to slap suspects, run them down, return fire with fire, crush their balls, make them drink their own urine, and, if they still hadn’t learnt their lesson, follow him on Twitter. Presumably we are entitled to do the same to corrupt cops.

In this country, it’s not the children whose behaviour needs modifying.

One thought on “If you can’t join them, beat them”