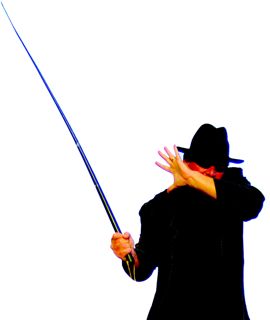 Since I posted my column about Herzlia Middle School in Cape Town threatening disciplinary action against two students who “took a knee” in protest at the playing of the Israeli national anthem, I have received a couple of angry emails. One said I was “showing my true colours”. Another accused me of shrouding my “anti-Semitism in layers of irony and humour”, which makes me seem a lot smarter than I am.

When my weekly column first appeared in a Cape Town newspaper sixteen years ago, some readers were quick to describe me as offensive, slanderous and rude. Others said they laughed so much that their morning coffee spurted from their nose.

Then there were those who claimed to be my biggest fans – until the crosshairs swung in the direction of their own skin colour, their own religion, their own hard-earned prejudices and narrow political beliefs. Suddenly it wasn’t so funny.

Anyway. For those who deliberately conflate criticism of the Israeli government with anti-Semitism, here’s another example of what I’m talking about – but from the other side of the barricades.

Good morning. May peace be upon you.
As a regular Sunday Times reader, I was extremely offended subsequent to reading Ben Trovato’s column, Ace That Job Interview (13/09/2009), where he makes reference to the Burqa (an outer garment worn by Muslim women) and Semtex (a plastic explosive), insinuating that the two are interrelated.

I am sure the Sunday Times values its Muslim readers, and publishing articles with this nature is a blatant insult to Islam and its followers.
I humbly request swift action be taken accordingly.
Thanks and kind regards

When I saw the letter in the paper, I emailed the editor.

May peace be upon you.

I see that a couple of our Muslim brethren are objecting to my one-liner that contained the word “burqa” and “Semtex” in the same sentence and are now demanding that swift action be taken. If I have a choice in the matter, may I please have the flogging rather than the stoning?

We all know that certain sections of the Muslim population are horrendously intolerant, but I’ve never considered that sufficient reason to regard the entire Islamic world as off-limits to satire. Actually, that’s not strictly true. Knowing the extremists’ propensity for over-reaction, I have often held back or toned down the humour when it comes to Muslims. The fundamentalists have already frightened us into self-censorship, but surely we can stop short of a complete ban on lampooning this group?

I’m sure you rather fancy the idea of whipping the whipping boy, but to be honest I’d rather go for a symbolic stoning whereby you flick small pebbles at me and then we go off for a couple of beers.

In the meantime, keep the curtains drawn and watch your back.

Your man in the jihad,