It is Day 10 of this sickening display of narcissism and there is still a week to go. I don’t know how much longer I can endure lying on the couch shouting, “Run, you lazy bastard!” and “Lift those weights, you goddamn leotard-wearing nonce!” and “More beer, woman!”

I have hooked myself up to a rudimentary catheter and the dogs have begun licking at the bedsores weeping on my coccyx. The phone goes unanswered and someone has been ringing the doorbell on and off for the last three days. The hired help came in to the TV room on Day 7 dressed in the kind of outfit that forensic cleaners wear when someone has died of senile squalor syndrome.

I have developed a predilection for gymnastics. Watching those Chinese girls go through their paces makes my swollen heart palpitate and my knees sweat, a condition immeasurably exacerbated by the nefarious activities of my coccyx-licking dogs.

Weightlifting is also one of my favourites, especially when the German girls do the clean snatch and jerk. It reminds me of a movie I once saw, only with better lighting and less moaning.

A lot of the time, though, I throw empty beer cans at the television set out of sheer frustration, but often the cans aren’t completely empty and the screen gets coated in Tafel lager. I can’t always make out what event it is that I am watching. I think it was on Day 4 that I was cheering for Argentina to stab those yellow-bellied Japs in the eye in the fencing event but after half an hour the beer dried up and it turned out to be two black men punching each other in the face which made me even angrier because if there is one thing the world needs right now it is black people standing together against the imperialist threat posed by table tennis.

On Sunday I pulled a muscle in my back while lying on the couch watching the high jump. It happened while lunging for a fresh six-pack that the Bad Yellow-Eyed Woman had cruelly moved just beyond my reach. This shows the importance of stretching exercises for spectators.

I was amazed at what the human body is capable of. At one point, even with a sprained rhomboideus, I managed to go from a prostrate position to a conventional sitting position while simultaneously opening a beer, changing channels and wedging my big toe into the dog’s bottom to avoid further contamination of the atmosphere.

I think these games are overrated. There are several events in which I could easily win a medal. Skeet shooting is one. Most white South Africans of a certain age are excellent skeet shooters, although in those days we didn’t call them skeets – we called them terrorists. I remember being on the border and shooting someone in the back from a distance of two kilometres. It turned out to be our radio operator, but still. When it comes to marksmanship, it’s important to give credit where it is due.

Common sense says it is easier to win a medal in a team sport, like hockey or genocide, because you can rely on your mates to do all the hard work. Take curling, for example. Right away, I would commandeer the comb and let my more talented colleagues wield the tongs and hairspray.

There was a time I felt myself drawn to archery, but then I watched Robin Hood – Men In Tights and realised this so-called sport had the potential to turn ordinary decent folk into dangerous homosexuals. It’s a pity Olympic organisers don’t offer an alternative for athletes from the developing world, using human targets and pangas instead of bows and arrows. We’d get gold in that, for sure.

As for beach volleyball. Really? The way these women carry on after winning a point, why not just make lesbianism an Olympic sport? Men play it, too. They use words like “spike” and “jungle ball” and “underhand serve” which is quite obviously code for activities of a deviant nature. And why not? After all, the Greeks started this rotten business.

And if jumping into a sand pit can be an Olympic sport, then drinking and driving should be, too. As for the 10m pellet gun, the less said the better. What next? Catapults?

I think I would be good at judo. Most married men who haven’t yet been emasculated are experts in the art of pushing and slapping. My friend Ted says it was originally an elitist money-making sport started by Zionists who called it Jew Dough. I called him a filthy anti-Semite and beat him soundly with a leg of pork, which we later cooked and ate with relish and gusto.

As for that ridiculous business with the swords. A South African’s idea of fencing is to make a tidy profit from selling stolen goods. It makes far more sense than attempting to prod a stranger with a pointy stick. If you’re going to have a sword fight, then, for god’s sake, do it to the death.

I could also win a medal in dressage. It’s not even as if you have to be fit. All you have to do is sit on your horse while it goes through its tap dancing routine, and maybe have a word with it if it gets over-excited and tries something from Michael Jackson’s repertoire. It’s best not to let your horse watch programmes like Strictly Come Dancing.

The ANC should stage its own games. Here are a few categories they’d excel in. 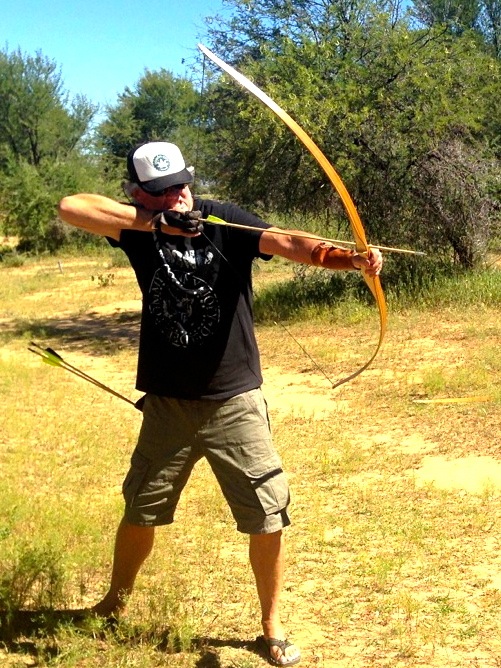