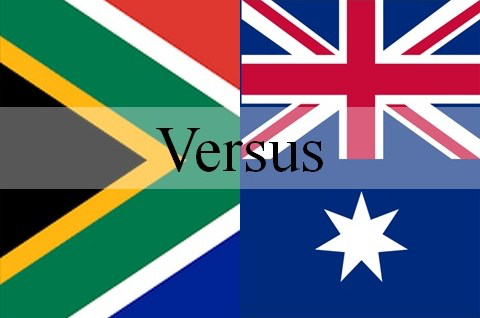 A lot of mainly white South Africans choose to emigrate to Australia because there is plenty of sunshine and pubs. And also because … well, as Australian filmmaker and author Stephen Hagan puts it, “Australians are the most racist people in the developed world for their treatment of the First Australians and I make this claim comfortable in the knowledge that I am sufficiently supported by incontestable statistical data.”

Australia is also an option if you’re a dog person. The government announced a while ago that it would destroy two million feral cats by 2020 in an effort to protect indigenous wildlife. They will use poison traps and attack dogs to kill the cats. You can’t get more humane than that, Bruce.

Hundreds, if not thousands, of South Africans emigrate to Australia every month. I doubt I will be among them any time soon. I’m not smart or mad enough to understand the visa process, which appears to have been formulated by a statistician incarcerated in an institution for the criminally insane.

If you go over on a 189 visa but don’t have your OTSR because your job is on the CSOL list and you’re still on a 186 but haven’t submitted your EOI for a 489 you’ll need a 457 sponsor and the DIPB will still want the IELTS.

I thought I’d get in touch with one of them for an assessment of whether or not I stood a hope in hell. I knew the answer before I even filled in her questionnaire. Age, skills, academic qualifications and financial means are apparently important to the Australians, and unless there’s a critical shortage of virtually indigent middle-aged columnists who make a living out of shaming and ridiculing the rich and powerful, I’m staying right here.

My “migration agent” said she had taken the liberty of stalking me on the Internet. “It is quite evident you have a very successful career,” she wrote. It’s not how I would describe it, but it seemed a promising start. It went downhill quickly. My occupation – her word, not mine – is on some kind of red list and, because I’m not a teenage virgin, I would need to be sponsored by a state or an employer and work for them for four years at an annual salary of at least R1.2-million. If my current remuneration is anything to go by, I am not worth a fraction of that.

Perhaps sensing that my special skills would do little to enhance Australia’s reputation in the eyes of the world, she offered me another option. Something called the 457 visa stream allows an offshore company to become a sponsor which can then sponsor the employee to work in Australia. In a suggestion that smelled strongly of loophole, she said, “If we can get your current business to qualify as a sponsor, we may be able to get you the 457 visa.” With a masterful use of understatement, she described this as “a long shot”. She clearly had a sense that my current business operated mainly on beer, loud music and long absences from the “office”.

If my personal human trafficker were to handle the visa application, she would require the modest sum of R30 000. The loophole option would cost me another R40 000. And the department of immigration would want R18 000 for both. Then, three weeks later, I’d almost certainly get an email that starts off, “We regret to inform you …”

I’m going to open the gin and have a little lie-down.