If you’re going to expose yourself, there’s no better place to do it than in the Namib Desert.

“Come up,” said my daughter, Liberty. “We’ll shoot you.” A lot of fathers live in fear of hearing those words. Did she have patricide in mind, or something a little more visual? It was hard to say.

Alice fell down a rabbit hole into a fantasy world populated by peculiar, anthropomorphic creatures. You get the same feeling landing at Hosea Kutako International Airport.

Liberty was born in Windhoek – something for which I have repeatedly apologised. She and her Belgian-born boyfriend, Laurent, graduated from Afda film school in Cape Town a couple of years ago and have set up their own production company in Namibia.

When I told her that my memoirs had been published and that I needed to decide whether I should once and for all ditch my disguise, which has served me well over the past ten years as a writer, she suggested we head for the desert.

Laurent’s parents own Namib Sky Balloon Safaris near Sossusvlei. They live, quite literally, in the middle of nowhere. Crime isn’t a problem. If you do get stabbed, it’ll be by an oryx or a porcupine.

This is an agoraphobic’s worst nightmare. Rolling plains, mountains and dunes disappear into the distance. It’s vast, empty and primal.

“So will you be taking all your clothes off?” Laurent asked nervously. He had already seen me wearing high heels and one of Liberty’s short, tight skirts – for a photo that accompanied my Sunday Times column – but I could see the idea of me prancing about, willy a-flap in the breeze, might stretch familial ties to breaking point.

“Let’s get out there and see what happens,” I said. They loaded up their gear and we headed off into the shimmering nothingness.

There’s a reason you don’t see many people in black overcoats wandering about the desert. I sweated like a sick pig as they filmed me running, walking and eventually crawling. Laurent fired up the drone while I went off to sit in the middle of one of the many freaky fairy circles in that area. It came towards me at a terrible speed. Moments before it whacked into my head, Laurent sent it soaring skywards, the GoPro capturing a moment of terror on my face.

Did I get naked? Watch the video. 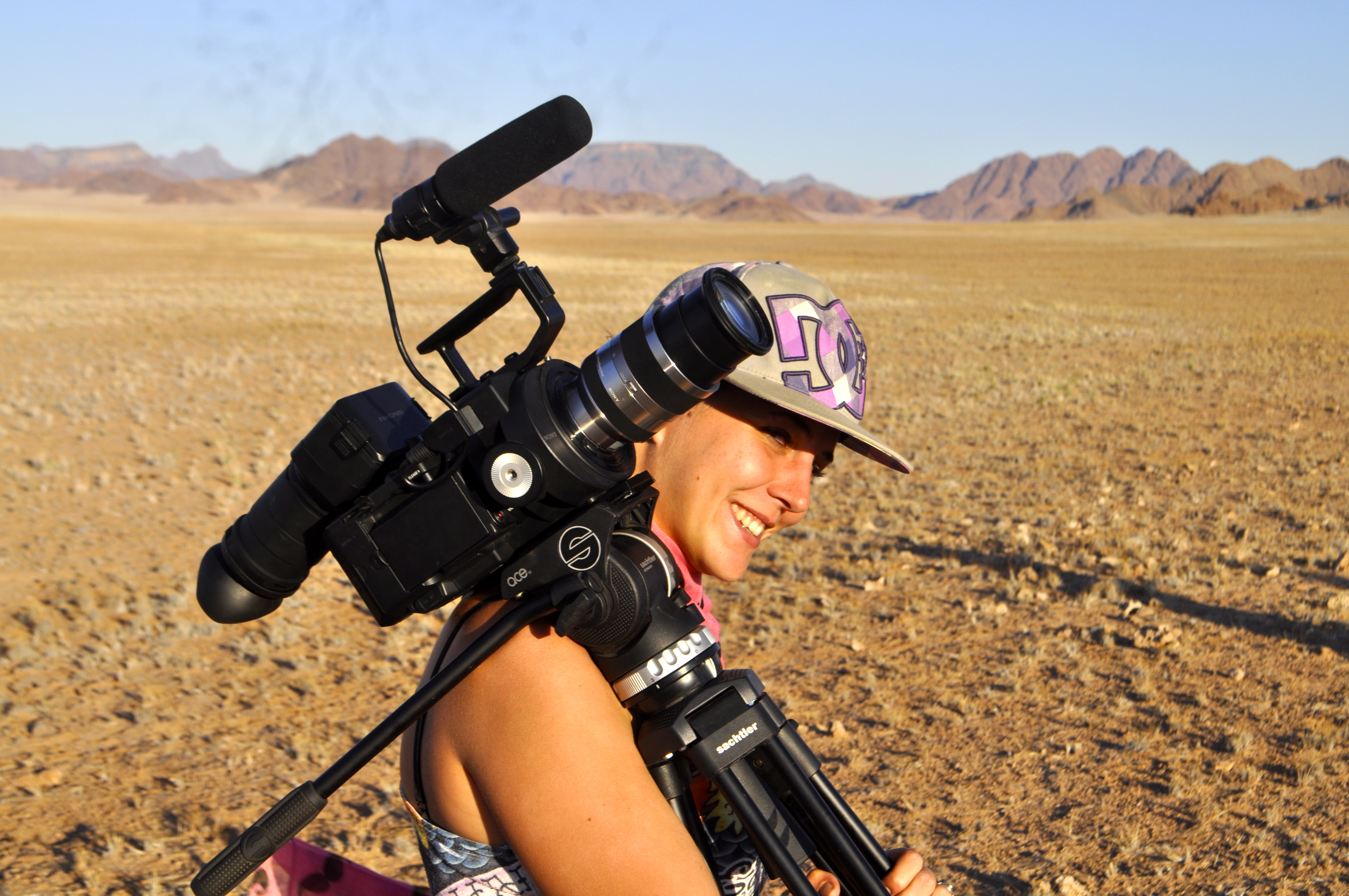 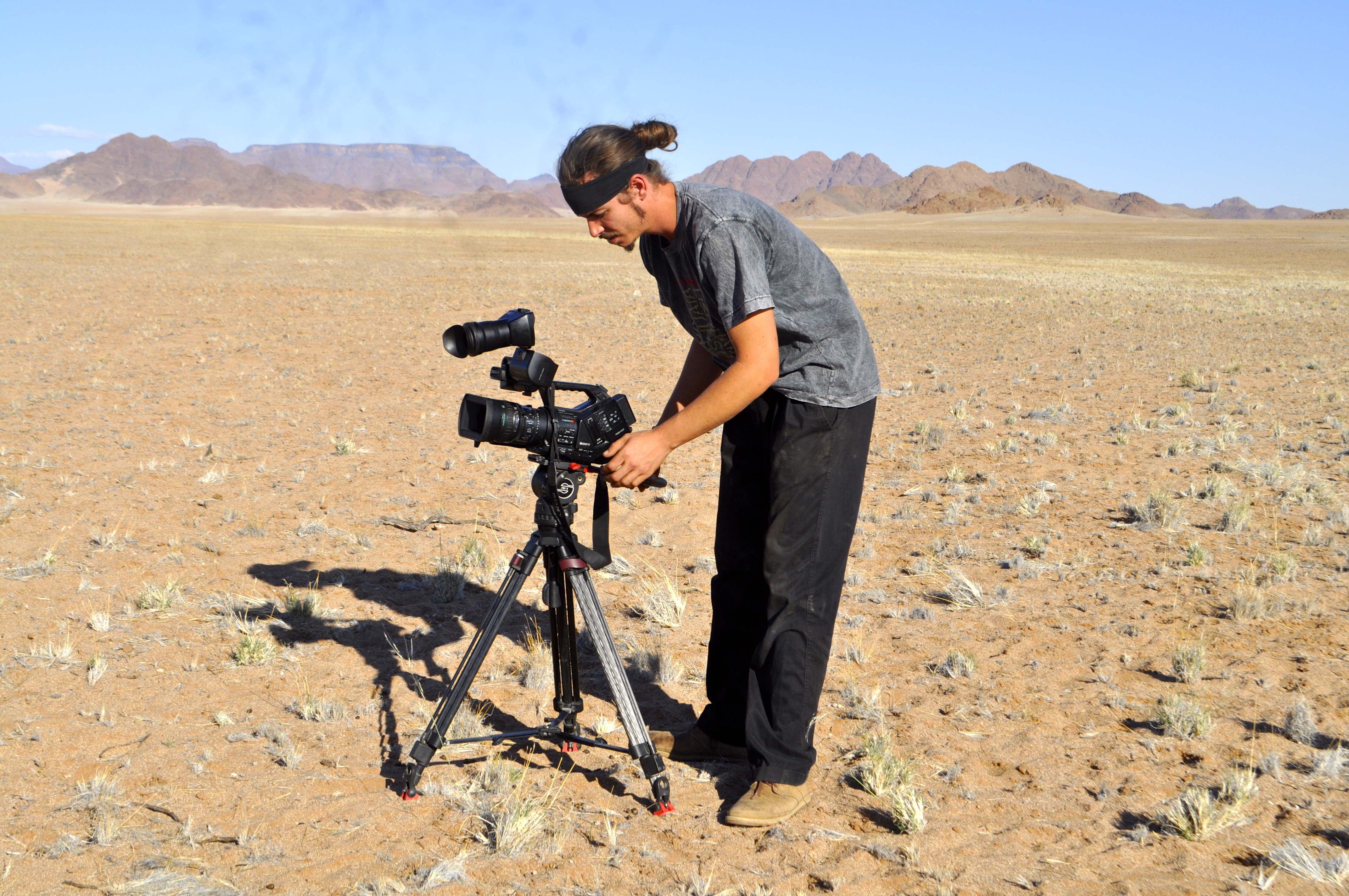 The home of Laurent’s parents, who own Namib Sky Balloon Safaris 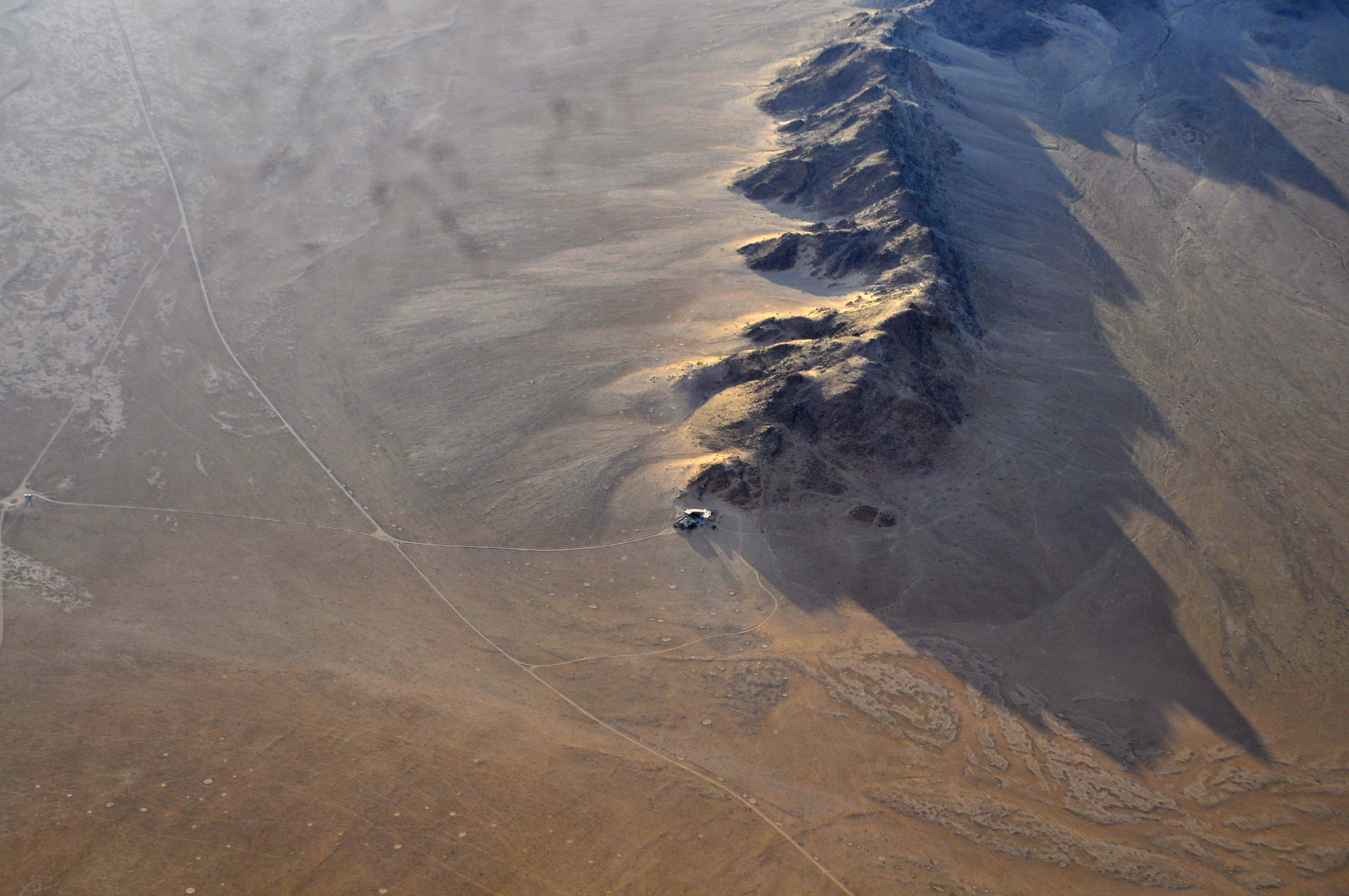 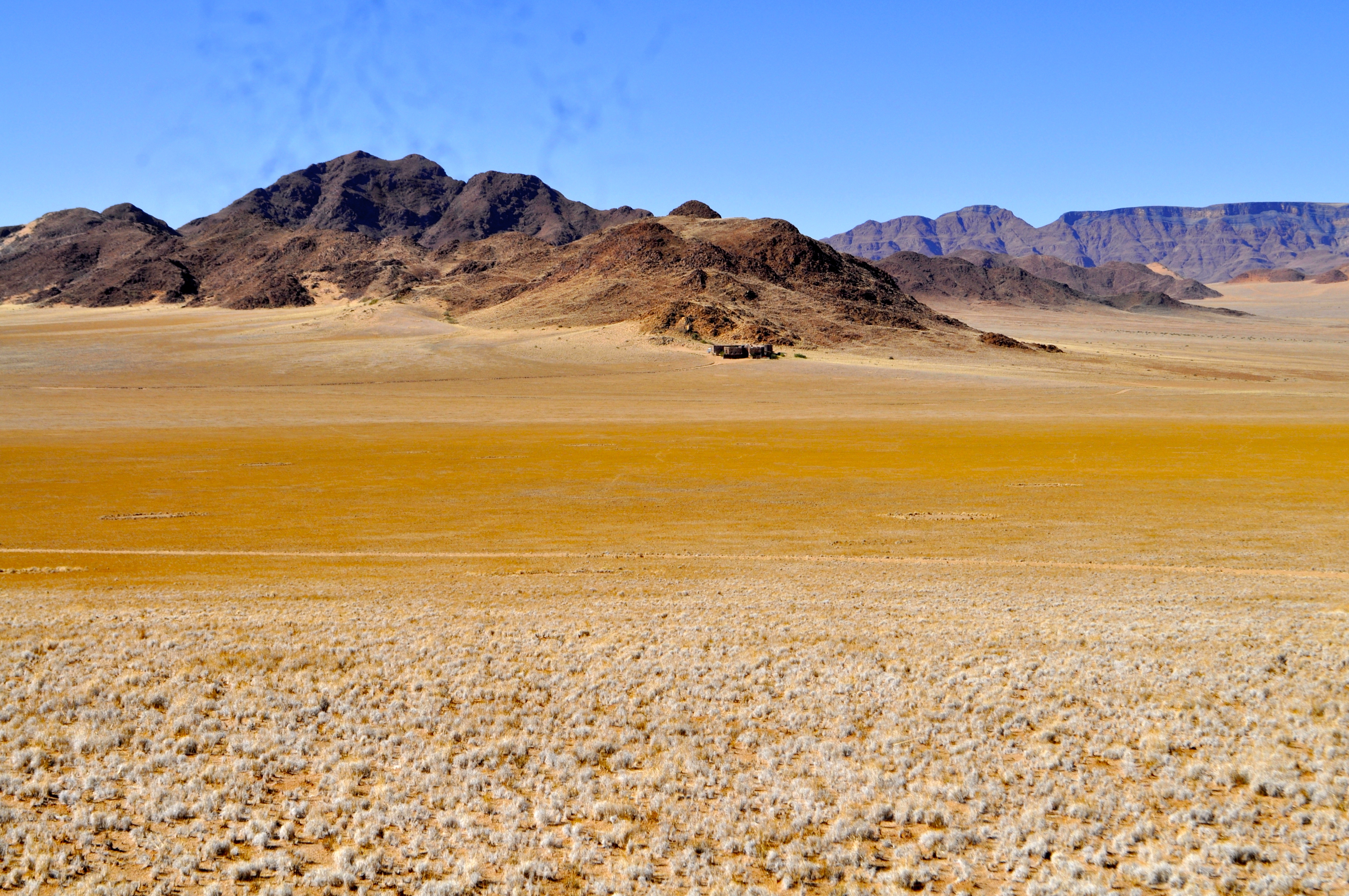 One thought on “Shoot me now”