Dear King Goodwill Zwelithini, Defender of the Zulus, Head of the Ubukhosi, Sovereign of the Ancient Order of the Knobkierie, Wearer of Leopards, Emperor of Nongoma and Father of Many.

Bayete! Or, in the mangled parlance of those magnificent men who brought development and apartheid to our shores, hoezit!

Well done on congratulating the old National Party regime for their hard work and single-minded determination. It couldn’t have been easy keeping the races apart for so many years and it’s about time a man of your standing gave them their due. You, Sir, are the black Donald Trump of our generation. I’d be surprised if FW de Klerk, or, at the very least, Steve Hofmeyr, doesn’t invite you over for a round of jukskei and a brace of Witblits and Coke.

As you so rightly pointed out, it was the Afrikaners who built the economy and army into the most powerful in Africa. All of this without any help from the other 90% of the population. Quite an achievement. As the Aryan Brotherhood like to say, white is might.

And then, in your courageous words, “this so-called democracy” came along and everything went to hell in a handbasket. You were speaking at your kwaKhethomthandayo Palace to celebrate your 44 years on the throne. That’s the royal throne, obviously. Some white people use the word ‘throne’ when they talk about the toilet. It’s the unspeakable English who talk like this. Get your impis to round them up at once. Is Shaka’s Rock still working? Toss them off, I say. That’s another English expression, but I shan’t elaborate. We want mass murder, here, not mass debations.

Also, you might want to think of simplifying the name of your palace. It’s damnably difficult for white people to pronounce and you might find yourself being accused of failing to appreciate the true value of colonialism. How about Windsor Castle? Your British counterpart would be awfully grateful and I imagine she would want to reward you in much the same way Queen Victoria rewarded King Cetshwayo.

You said history would judge black people harshly as they had failed to build on the successes of the apartheid regime. With all due respect, I’m not sure I agree. One of the biggest successes of the previous order was to prevent black people from getting a proper education. After we were subjected to the scourge of democracy, successive black ministers have done a spectacular job of building on this. PW Botha and his knights in shining polyester suits succeeded in not providing black people with everything from health care to jobs and I’d argue that the ANC has done an admirable job in, if not building on, then at least maintaining that particular status quo.

What was your favourite thing about apartheid? Not being able to go to the movies or beaches in town, not being allowed to sit on park benches or snog white women, having separate public toilets and entrances, being unable to live in a nice suburb or eat in decent restaurants, living in a hostel, carrying a dompas, working for a pittance? There’s so much good stuff, I suppose it’s unfair to ask you to pick just one.

You said you considered yourself lucky to have been born in the same year the National Party came to power. Sadly, I was born more than a decade later and cursed my misfortune at having missed all the excitement of watching white supremacy blossom. Fortunately, the best years of apartheid were still to come so not all was lost.

I’m sorry to say that I never contributed much to the apartheid infrastructure that your ungrateful countrymen are so quick to torch. I’m not very good with my hands. I did, however, play a small part in helping the army to become such an awesome fighting machine. Regrettably, I killed no one. I was thrust into the Signals regiment and taught how to type. As I said, a small part, but a part nevertheless.

Thanks to democracy – and by democracy I obviously mean black people – today’s army could be vanquished by an ADT unit from Ballito. Assuming, of course, the unit was made up of white Afrikaners.

You also proudly said there were medals hanging in your palace that the apartheid government had awarded to the Zulu kingdom, and that you didn’t know how it happened that the Afrikaners respect you so much. It’s a mystery to me, too. Perhaps you should have a word with Uncle Gatsha. He might know a thing or two about it. 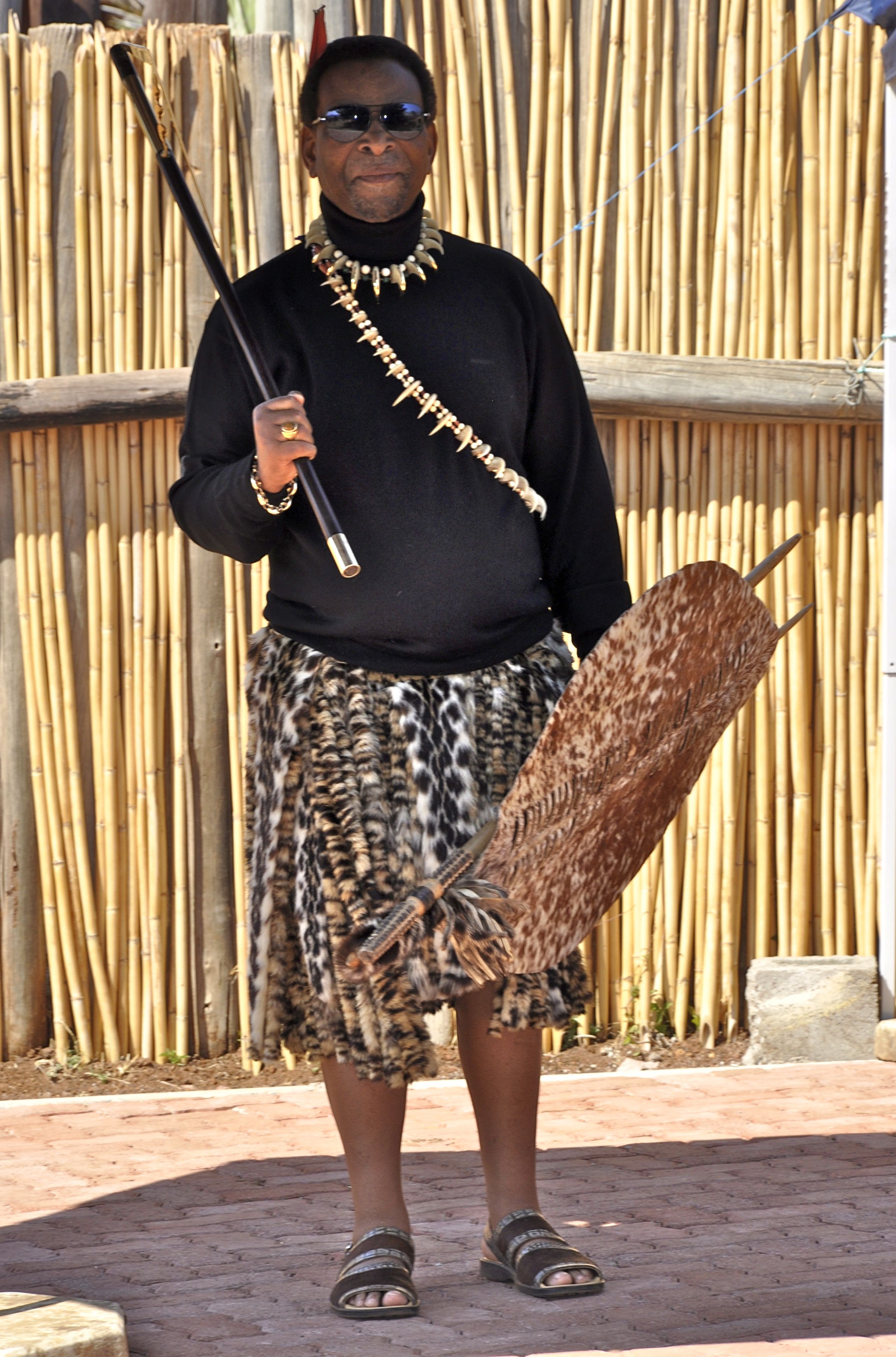