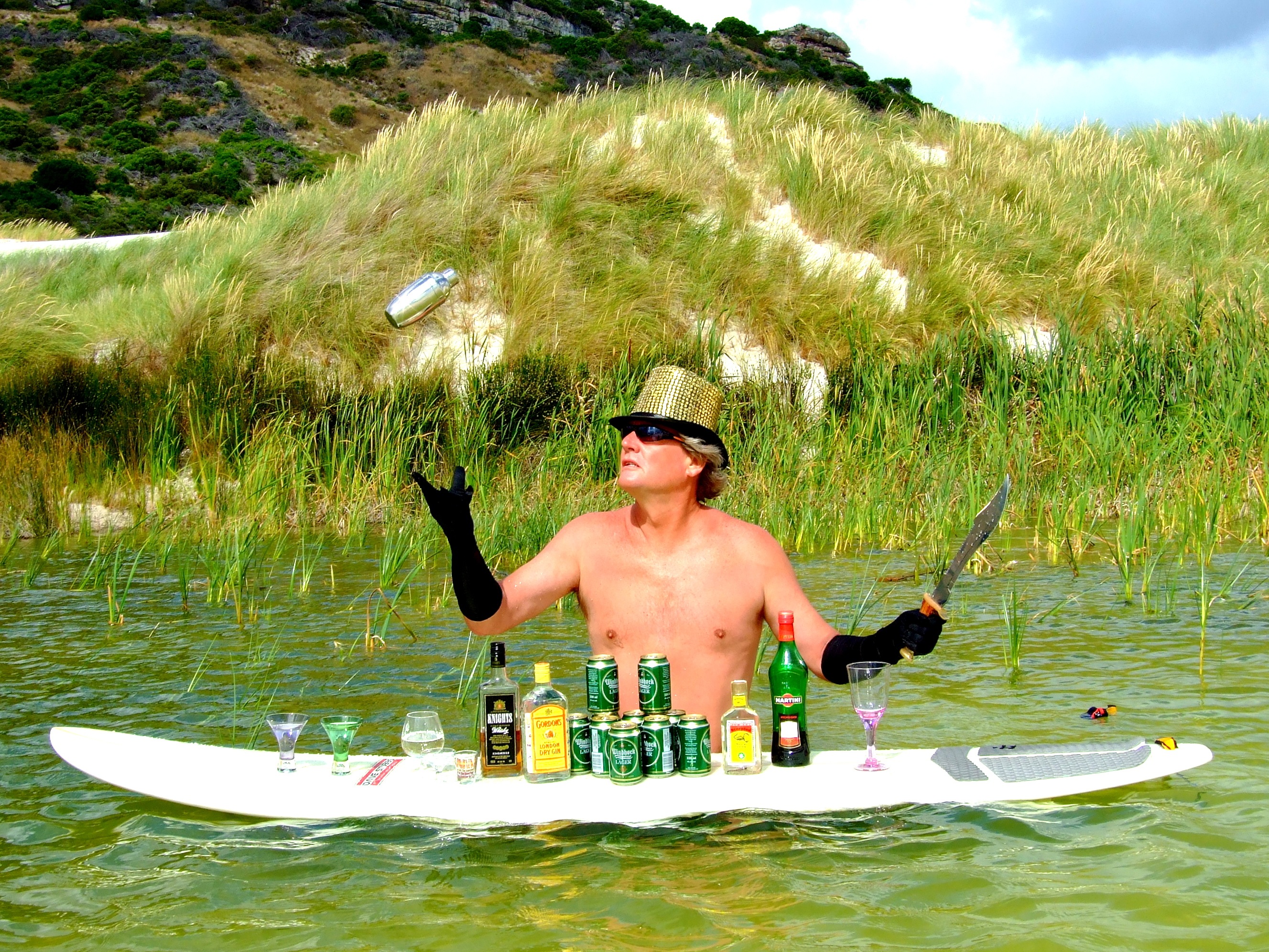 Operating under cover of darkness, thanks to those godless incompetents at Eskom, I knocked over the Weber after staging a one-man protest braai. The bad yellow-eyed woman woke me up several hours later. She was shouting at me about the carpet. I thought I was back in Angola and brought her down with a textbook scissor kick. Okay, that part isn’t exactly true. I pulled the duvet over my head and lay there whimpering.
She reached in and took me by the ears, dragging my head within striking distance. She pointed my face at the carpet. I thought she was going to rub my nose in it, like you do with a naughty puppy.
“What the hell is that?” she barked.
“I can’t see anything,” I said. Being half-blind with alcohol poisoning I could barely see the floor, let alone what was on it. That was when she rubbed my nose in it. It came up black.
“Do the rest of me,” I said. “I’ll qualify for a government tender in no time at all.”
She demanded to know why I had tracked soot across the carpet. “It wasn’t me,” I said. She got me into a half nelson and gave me a misguided tour of the house. The tracks led from my side of the bed to the fridge and then to the overturned braai. The tracks between the fridge and the braai looked like the aftermath of the wildebeest migration in the Serengeti.
Later that evening a friend came around and made unhelpful jokes about my carbon footprint. Once everyone except the bad yellow-eyed woman and I had stopped laughing, he put on his serious face and started talking about climate change. It’s this kind of conversation that turns normal people into narcoleptics and I tried to change the subject but he was having none of it.
“Did you know,” he said, causing me to yawn so violently that I almost dislocated my jaw, “that Gisele Bundchen is the UN’s advocate for environmental awareness?” That stopped me in my tracks. The same Gisele who had scorching monkey sex with Leonardo DiCaprio for three steamy years? This Brazilian babe is way hotter than global warming could ever be. She would have exploded by now if she didn’t have some German in her.
He said we were making a terrible mistake by relying so heavily on coal for our energy. I couldn’t have agreed more. My carbon footprints wouldn’t have been all over the house if someone had bothered to invent a Weber that could cook two chops and a bunch of boerewors using a picture of the sun and two wind chimes instead of 10kg of Glomor Anthracite Large Nuts that don’t even burn properly anyway.
I felt a build-up of greenhouse gases and went outside to deflate. The ozone layer looked just fine from where I stood. He followed me out and said we owed it to our children to stop burning fossil fuels. I laughed. The only things that stand a chance of surviving a planetary meltdown are Durban’s cockroaches and Tina Joemat-Pettersson.
Besides, the last fossil I burnt was the spine of a baby brontosaurus dug up by my dog dug outside Langebaan. I may as well have built the fire out of wet asbestos. I won’t braai with fossils again in a hurry, I can tell you that much.
I told the assembly of two that the government must have a plan to deal with climate change, even if it does involve Blade Nzimande condemning it as white patriarchal class-related conspiracy and Julius Malema demanding that the racist climate must adapt, not us.
The bad yellow-eyed woman laughed, but on closer inspection I saw she was choking on a piece of lemon. My so-called friend began giving her the Heimlich Manoeuvre and I had to step in and separate them after it went on for too long and started appearing inappropriate.
With another filthy cold front sweeping into the Cape, I fetched some of the woman’s aerosols and sprayed the atmosphere in the hope of raising the Earth’s temperature. I don’t care if the South Pole melts. I grew up in Durban and I need to be warm.